YouTubers are divided over whether it's worth the protest.
Share

Several YouTube creators are now aggrieved with the fact that their earnings from YouTube videos marked as “made for kids” will be up to 90% lower than they&rsquor;re used to and that YouTube&rsquor;s deal with the FTC leaves YouTubers with increased liability.

As a result of the New Federal Trade Commission regulations with regard to the Children&rsquor;s Online Privacy Protection Act (COPPA), YouTube has removed personalized ads for kids&rsquor; content.

After being fined a whopping $170 million for collecting data on children, YouTube is now bound to comply with the law and implement the new COPPA regulations. YouTube creators making content for kids (or channels that create content that YouTube&rsquor;s “AI” decides is for kids) will definitely see a drop in their earnings.

As YouTube itself says, “viewers will have minimum engagement options with made for kids content on YouTube.com.” Moreover, YouTube will also remove likes, dislikes, and comments for kids videos. Nonetheless, non-personalized ads will still be displayed.

As a result of all the new changes surrounding kids&rsquor; content, several YouTubers and their fans have come together and started spreading the hashtag #DeadUploadDay urging fellow creators to refrain from uploading anything on YouTube today – Tuesday, November 26. 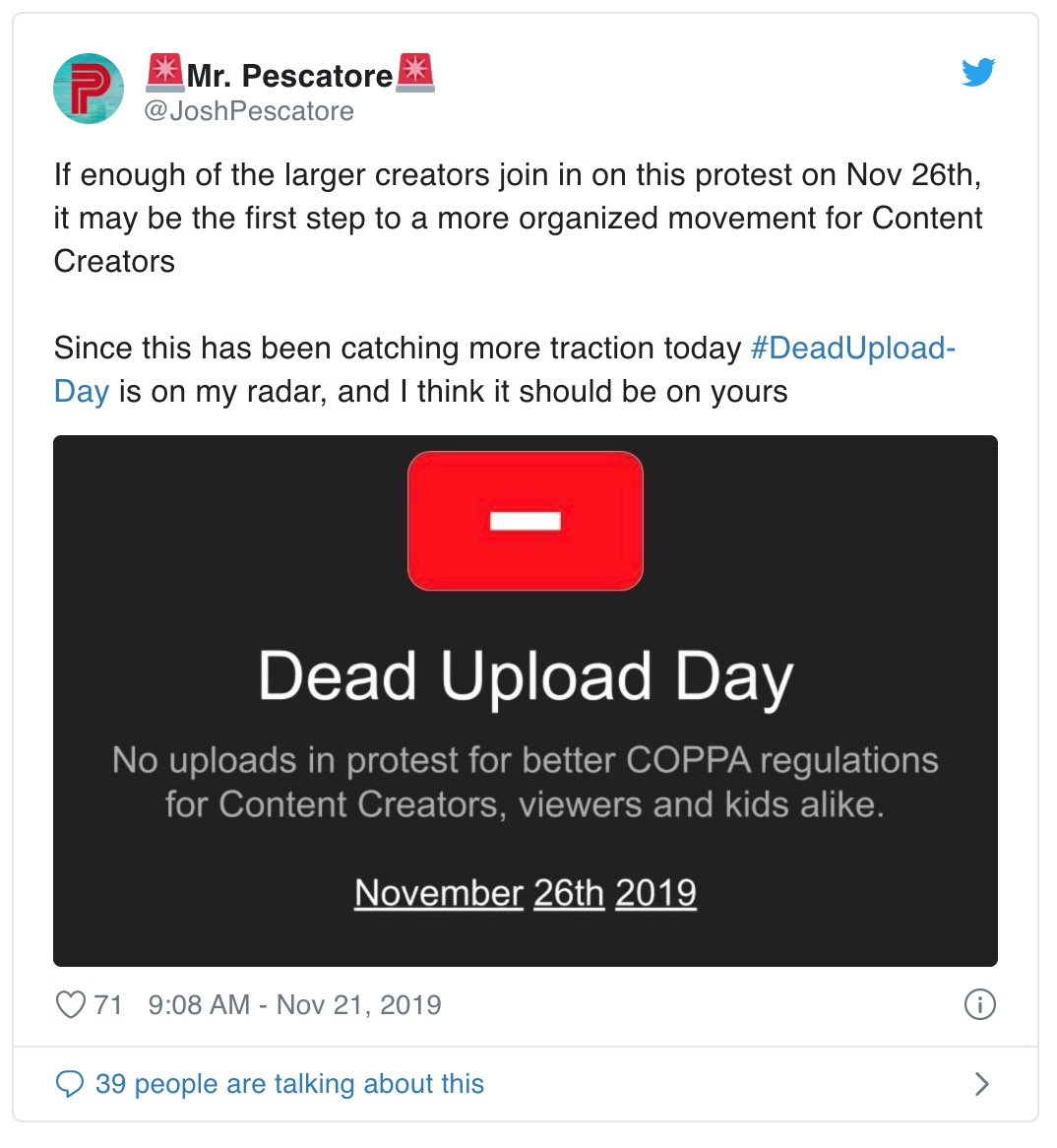 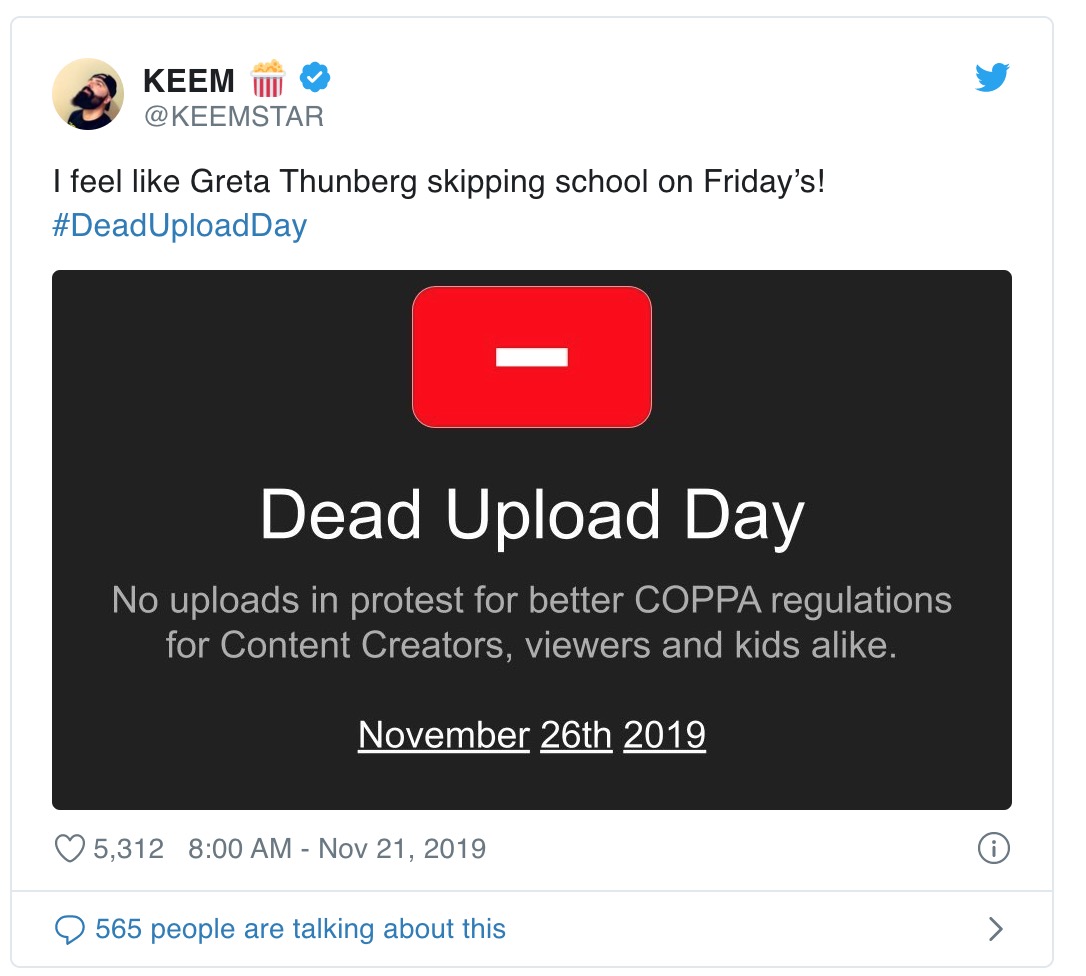 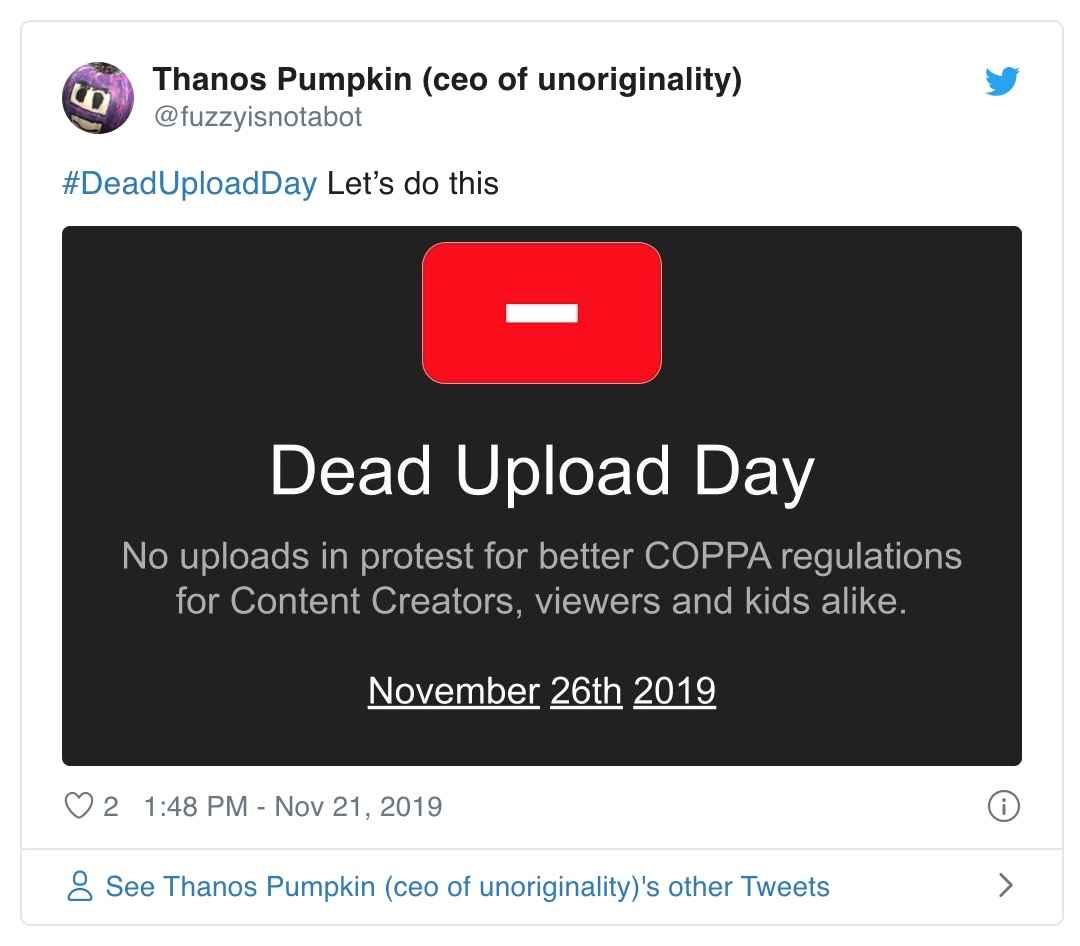 “If enough of the larger creators join in on this protest on Nov 26th, it may be the first step to a more organized movement for Content Creators Since this has been catching more traction today #DeadUploadDay is on my radar, and I think it should be on yours,” tweeted a user.

It is worth noting that there is a sizable chunk of audience under the opinion that the #DeadUploadDay movement is counterproductive. For instance, a user tweeted saying, “#DeadUploadDay Won&rsquor;t work. It won&rsquor;t do sh*t, you can&rsquor;t protest against the law, and even if you could.. YouTube wouldn&rsquor;t change it. They never will change anything (big) like this. You are just losing money, views, and subs. If you do this, you are a dumba**” 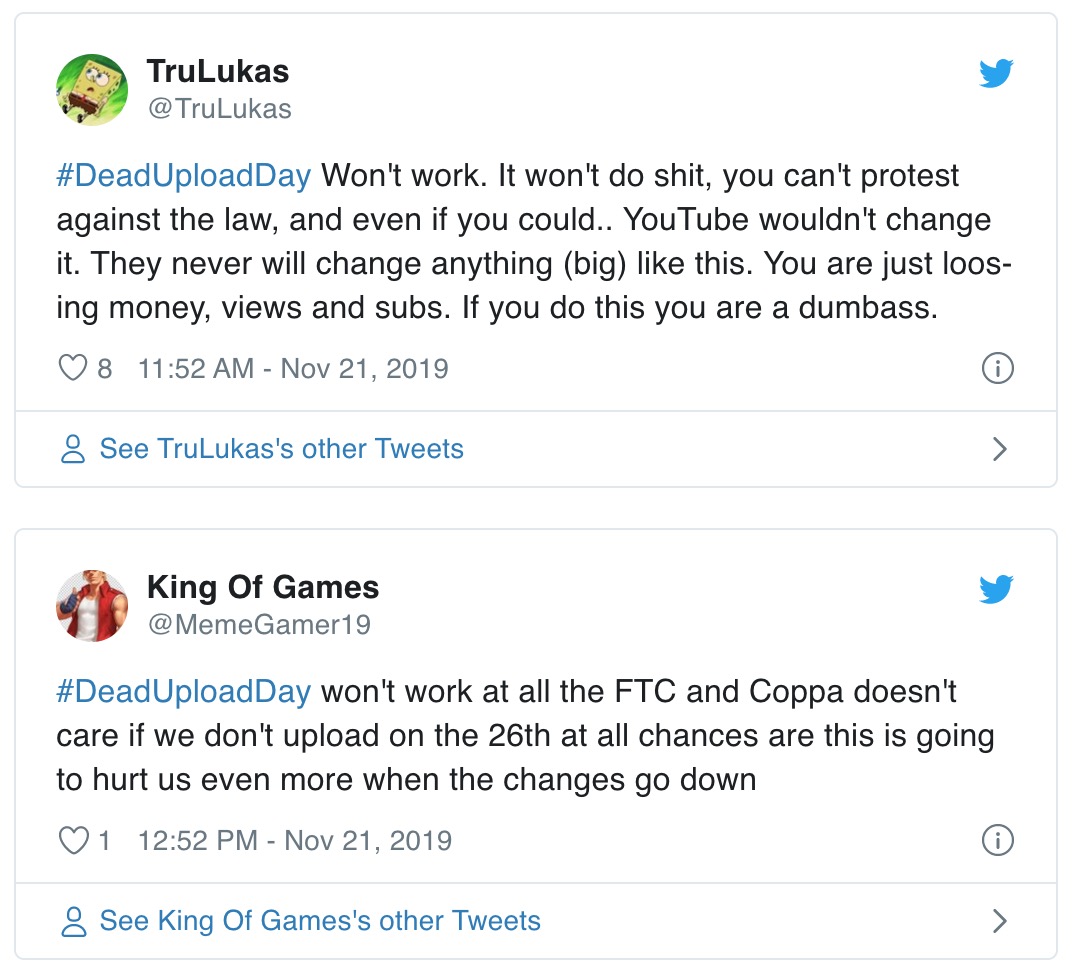 While removing personalized ads for kids creators is one thing, YouTube is now putting the majority of the responsibility of labeling kids&rsquor; videos in the hands of creators alone and, as we&rsquor;ve previously pointed out, there are ways YouTube could have helped creators with this:

For example, creators who don&rsquor;t want to allow access to under-13 users were hoping YouTube would either block these viewers or selectively stop tracking them when they visit the channel.

And even though YouTube has the analytics data to make this happen, the company is making matters easy for itself with little regard towards channel owners, refusing to implement this model and going instead with a move that puts all of the liability on their individual creators and will remove a significant portion of revenue (up to 90%) from creators that YouTube determines is “made for kids”.

YouTube says, “Ultimately, you know your audience best and we&rsquor;ll rely on you to designate (in Studio) your videos as made for kids. If a creator attempts to avoid categorizing their content correctly, there may be consequences on the YouTube platform for that creator.”