While many are glad The Clone Wars is back, some are disappointed at Disney's decision to remove a scene.
Share

Many Star Wars fans have been disappointed by their once-favorite franchise of late, with many voicing strong opinions and often slamming the movies that came out in the Disney era, Disney the company itself, and even some actors portraying the fictional universe&rsquor;s characters.

However, the mood was considerably more upbeat online when the announcement came that the animated series Star Wars: The Clone Wars would be resurrected. (The series had six seasons before ownership of the franchise changed hands eight years ago, after which it got canceled.)

But it wasn&rsquor;t long before there was somewhat of a blip in the enthusiasm.

With the Clone Wars now on Disney Plus, in the episode “A Distant Echo” – some fans are noticing an issue.

Usually, audiences get upset about something that&rsquor;s in an episode of a TV or movie that they disagree with or dislike. Here, it&rsquor;s about what&rsquor;s missing from “A Distant Echo” – namely, a once teased, but ultimately axed scene featuring some WW2-era pinup-style graphics.

Bounding into Comics breaks down the controversy, explaining what the final version of the episode left out the Bad Batch ship&rsquor;s “nose art.”

It showed a leggy Senator Padme Amidala in high boots, a severe updo, a mischievously cryptic look on her face, and a gun in hand.

Seriously – talk about a “bad batch.”

In the deleted scene, Anakin asks Hunter, “Hey! What’s with the nose art?” Hunter responds, “That’s our girl. The Naboo Senator. We check her out on the holoscans.” Wrecker responds, “Yea! She can negotiate with me anytime!”

All that set aside – this actually looks like an iconic-in-the-making piece of TV art that dates back to the time when the series&rsquor; season 7 was planned, but then scrapped by the new owner, Disney. 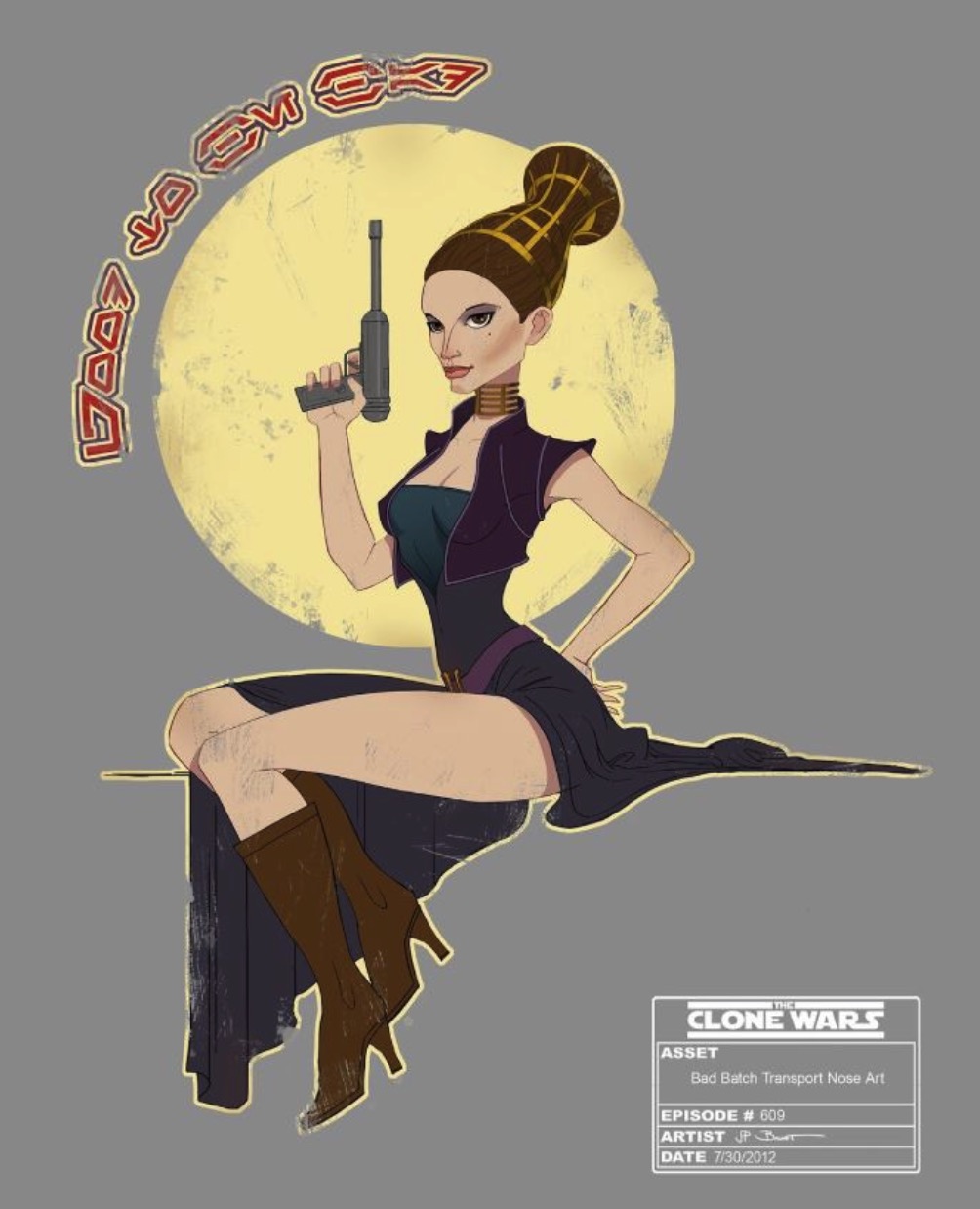 Disney has not given any reason for this latest cutting room floor decision.

Meanwhile, some are frustrated at the conglomerate and those within, who want to sterilize everything for the modern era.

I see Disney has removed the Padme nose art in The Clone Wars S7E2 and replaced it with a scene where Anakin talks to Padme instead. It seems Disney cannot handle a simple joke anymore and has double downed on censorship. #notmyseason7 #padmenoseart pic.twitter.com/zcFCetHlwA

Awe.. They took the nose art scene out of s7e2 of the #CloneWars . I know they added a new scene, but I was kind of looking forward to Anakin's reaction to the nose art. pic.twitter.com/nL0qMwBuHL