Sunday marked a week since Facebook “unpublished” a page set up by a group of epidemiologists and public health scientists gathered around the “Great Barrington Declaration” initiative.

As these university professors, physicians, and scientists said the removal of the page happened when a message was posted fully supporting a voluntary, not forced, Covid 19 vaccine plan.

“There has been no option to review this decision,” the group behind the declaration tweeted, adding that there is also no route to appeal it. 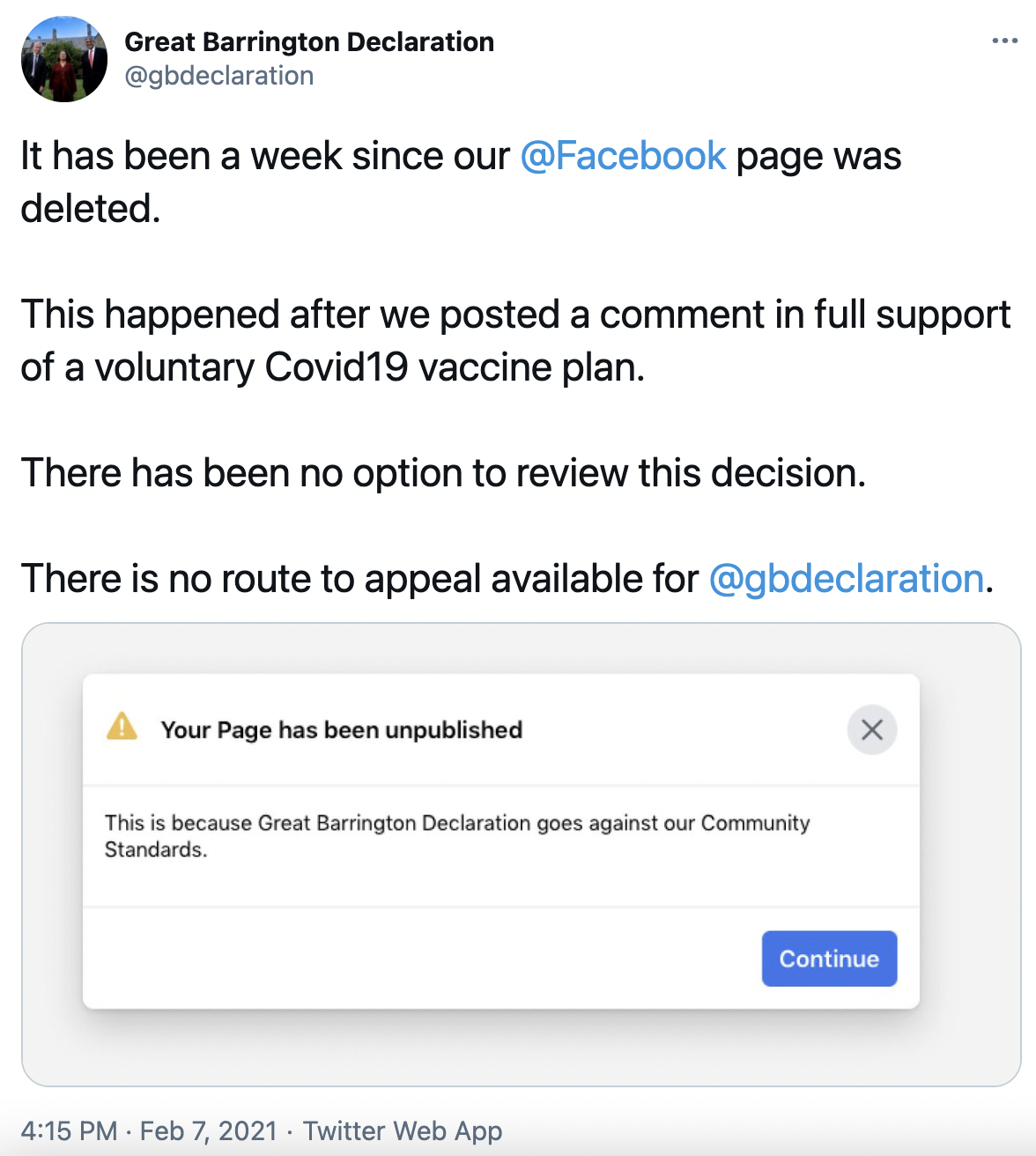 There was apparently only a short, nontransparent and as unhelpful as ever message from Facebook that said the page was deleted (“unpublished”) because the Great Barrington Declaration “goes against our community standards.”

One can only assume – because Facebook seems determined not to explain itself – that what triggered this censorship are the rules around “coronavirus misinformation” that the giant enforces near religiously, and often by removing legitimate content and preventing conversations started by professionals from taking place on the social media platform.

The Great Barrington Declaration says that its goal is to explore if there is “a middle ground between lockdowns and a laissez-faire ‘let it rip’ approach.”

What they agree on, however, is that prolonged lockdowns as the response to the epidemic have both short and long-term effects on public health, describing those effects as “devastating.”

Among the areas of public health that are suffering from the lockdown policy is decreased vaccination rate of children, deteriorating condition of patients with cardiovascular diseases and mental health issues, and delayed and fewer cancer screenings, which will going forward produce more chronic illness and higher mortality rates unrelated to Covid.

“Keeping these measures in place until a vaccine is available will cause irreparable damage, with the underprivileged disproportionately harmed,” says the declaration, which can be signed on the group’s website.

What its authors propose is to take into account the inevitable achieving of collective immunity, and in the meantime cover those at highest risk with protective measures, while allowing those who are not vulnerable to “immediately be allowed to resume life as normal.”