Patreon now has to pay arbitration fees that could total millions of dollars.

A court has issued a final ruling denying fan-funding platform Patreon’s request for an injunction against 72 former backers of comedian Owen Benjamin who are seeking arbitration against the company for disrupting the economic relationship between themselves and Benjamin.

The final ruling follows a tentative ruling against Patreon from earlier this month and means that the company now has to pay upfront filing fees on each of the 72 individual arbitration claims within 30 days of the due date on the invoice. These fees can be upwards of $10,000 per arbitration.

When the arbitration commences, Patreon will also have to pay further legal fees and have a rolling obligation to pay them within 30 days. Lawyer, commentator, and producer Mike Cernovich has predicted that these fees could be as high as $20 million.

In the final ruling, the court cited three reasons for denying Patreon’s request for an injunction.

First, the court wrote that Patreon “fails to show that it will suffer any irreparable injury or interim harm” if it’s not granted the injunction and noted that “merely having to incur expense in order to participate in arbitration proceedings is not irreparable harm.”

Second, the court wrote that “Patreon fails to show a reasonable likelihood of prevailing on its claims” and added that even if the claims are “not arbitrable,” “those issues are for the arbitrators, not the court, to decide.”

Third, the court wrote that “California courts rarely grant the extraordinary relief Patreon seeks here” and noted that once a dispute is submitted to arbitration, “the [California Arbitration Act] contemplates limited, if any, judicial involvement.” The court added that “typically, those who enter into arbitration agreements expect that their dispute will be resolved without necessity for any contact with the courts” and “that conclusion is ‘especially true’ where, as here, ‘the arbitration began without the need to seek a court order compelling arbitration.'”

Not only does the ruling mean Patreon has to pay these likely substantial fees but the ruling also gives users a legal avenue to defend against censorship under this California arbitration law.

Under this law, the drafting party of employment or consumer arbitration agreements has to pay the arbitration fees and they can’t reclaim the fees, regardless of the outcome. This means that companies such as Patreon, that force arbitration through their terms of service, risk potentially huge arbitration fees when they ban users because the former backers of these users can seek arbitration over “tortious interference” (disrupting the economic relationship between the creators and their backers).

For deplatformed users that had hundreds or thousands of backers when they were banned, this could leave these companies liable for millions of dollars in arbitration fees.

Lawyer Nick Rekieta said that this case is likely to act as a warning to Big Tech companies that deplatform their users:

“This is an extremely important case and what just happened is a shot across the bow of Big Tech companies. Your terms of service are binding upon you at least in so far as these arbitration and anti-class action provisions and we can use them against them.

Even if they [Benjamin’s former backers] end up losing the arbitration, the threat of removing someone from the platform and facing thousands, potentially thousands of arbitrations claims coming in, that should give them pause at least.”

Cernovich added that in this specific case, because Patreon changed its terms of service after it was put on notice by Benjamin’s former backers, it could also face arbitrations because it unilaterally altered the terms of service “in a way that’s illegal under California law.” 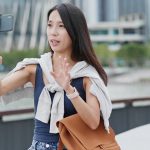 Chinese streaming platforms now have to register with government regulators, add rule-breakers to a blacklist

Users of streaming platforms also have to verify their real names and platforms are required to limit user donations. 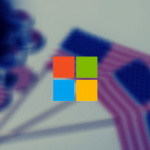 Microsoft wants to be involved in election software by 2024

All Big Tech giants seem to want to be involved in the election process. 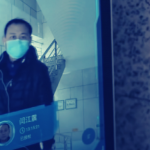 Chinese streaming platforms now have to register with government regulators, add rule-breakers to a blacklist

Users of streaming platforms also have to verify their real names and platforms are required to limit user donations.

Microsoft wants to be involved in election software by 2024

All Big Tech giants seem to want to be involved in the election process.

Facebook is also expected to ramp up its censorship of coronavirus “misinformation.”

Twitter is censoring her claims of election fraud as she’s set to file a lawsuit.