Gab is a decentralized and open-source US social network with a focus on free speech and individual liberty.

The platform differentiates itself from dominant, centralized networks by insisting on decentralization, that allows users control over their data and the way they interact online – specifically, “free from woke left-wing Silicon Valley morality policing.”

In an age when the issue of free speech is increasingly plaguing the likes of Twitter or Facebook – Gab promises to ensure that all speech protected by the First Amendment of the US Constitution is allowed on its network.

After forking free and self-hosted social networking service Mastodon last year, and switching to an open-source license, Gab has now announced another foray into the territory that is traditionally dominated and controlled by established platforms – that of chat messaging.

Although a large amount of sometimes sensitive data passes through these platforms, most are proprietary – meaning that users have no way of knowing how the system operates and what exactly it does under the hood – and without strong privacy protection, like end-to-end encryption or clear data usage, processing and retention rules in their terms of service.

That’s the space Gab Chat, a product now in beta, would like to fill, by announcing the new service offering text-only public and private chat rooms that are encrypted on the user’s device “and cannot be read by Gab.”

Right out of the gate, that would set it apart from the likes of Discord, a proprietary platform that encrypts messages before they are sent – but then decrypts them on its servers, meaning that data is potentially visible and/or recorded by the company.

End-to-end encryption, on the other hand, means that only the sender and the recipient can read the contents of a message as they are the ones that hold the key.

And Gab seems to place particular importance on strong encryption for its new chat service, as CEO Andrew Torba details in a blog post.

Gab Chat is described as independent of app stores, therefore not beholden to tech giants like Apple and Google, and has no need to censor the content of its users in order to stay in the stores and protect its business.

Gab Chat places a strong focus on free speech and privacy. However, Torba acknowledges that achieving this through end-to-end encryption means addressing what is today a hotly debated topic between those who support encryption and those who want to weaken it.

Among the latter is US Attorney General Bob Barr, who is pushing for the introduction of deliberate software vulnerabilities, or backdoors, into encryption, in order to allow law enforcement to access user data under certain circumstances.

There are those opposed to this on ethical grounds, such as the belief that people have the right to secure communication – while others also point out that introducing backdoors means everybody in the world, not just designated law enforcement agencies in the US, could use the same vulnerability to gain access to data.

Barr’s proposal, the Lindsey Graham’s EARN IT Act, would “destroy privacy online by making Section 230 conditional on adhering to the governance recommendations of a federal commission,” the Gab CEO writes.

In his post, Torba noted that the only type of encryption that makes sense is the kind that cannot be cracked even by the company providing it, and therefore, neither by others, such as “cybercriminals and hostile foreign actors like the Russian or Chinese governments.”

He argues that the right to private conversation that can only be guaranteed by encryption in the realm of digital communications is a part and parcel of free speech, and something consistently enjoyed by people in different eras of technological development, without preventing law enforcement from doing their job.

In fact, as Torba points out, protecting chat communications from any type of third party doesn’t make participants invisible – as service providers can still see who is using their service.

Meanwhile, he says the EARN IT Act would infringe on the First Amendment but also fatally undermine the US tech industry by removing Section 230 protections for user-generated content, in case a company refuses to compromise encryption on its platform.

In view of the EARN IT Act’s focus on preventing child exploitation online, Torba says that Gab complies with the Communications Decency Act (CDA) requirements, and is otherwise seeing low levels of criminal behavior on its platform, while “aggressively policing illegal conduct.” 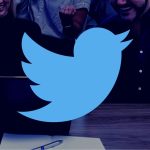