Telegram is one of the next censorship targets.
Share 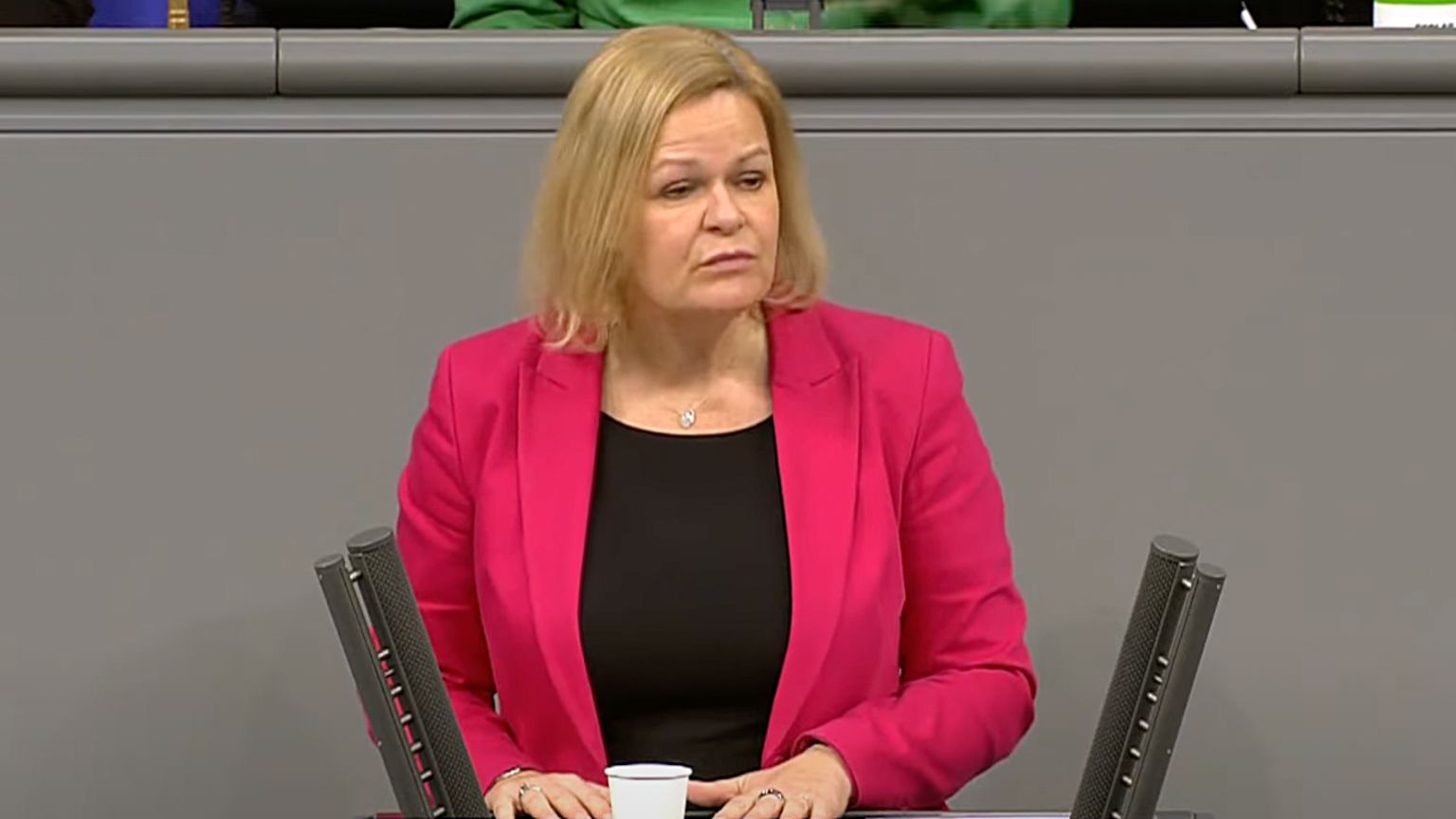 Germany seems determined to try to undermine Telegram under the fairly absurd pretext that among its hundreds of millions of users are also some “extremists” (same logic applies to the whole of the internet – so will Berlin try to heavily regulate *that* as well?)

And the definition of “extremist” and “radical,” as mentioned in reports about the latest push to get Telegram to cooperate – or else – also includes people who have been unhappy with extreme and radical Covid restrictions.

But given the apparent financial independence of the company that develops the messaging app, the suppression bid doesn&rsquor;t seem like it will be a straight-forward task.

Judging by the news coming out of Germany now, the route the Interior Ministry would prefer to take is roundabout – to possibly get an uncooperative Telegram banned on the two biggest app stores, those operated by Google and Apple, and thus severely limit its exposure to users. 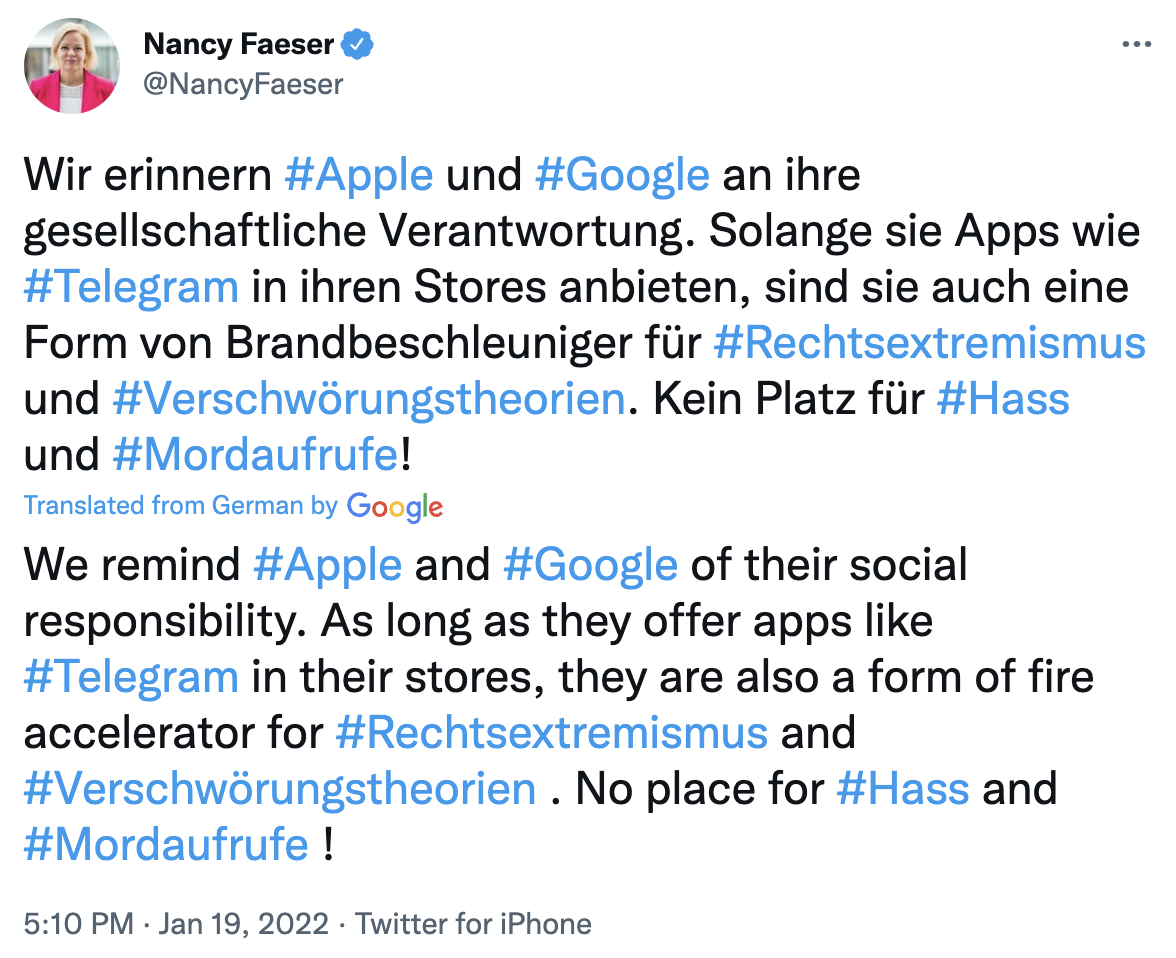 However, this doesn&rsquor;t make sense either – because a dedicated “dangerous right-wing extremists” or “conspiracy theorist” would surely find out how to sideload Telegram, and march on.

But by removing the app from the most widely used official app stores, it is those hundreds of millions of everyday users in search of secure and private ways to communicate, without any malicious actors – be they governments or hackers – interfering, who would suffer the most.

For that reason, when Germany&rsquor;s Interior Minister Christian Pegel recently spoke about the need to get Telegram “cooperating” with law enforcement in order to suppress extremism and threats of violence – or Berlin will pressure Google and Apple – what it really comes down to is trying to put another brick in the ongoing “war on encryption” wall.

Among the members of the security/encryption purist community, Telegram is not even regarded as the best solution – but the benefits provided by this messaging app overall as a secure and privacy-friendly alternative to mainstream competitors still far outweigh any of its flaws. As a result Telegram has seen a strong uptake in recent years.

In Germany, Facebook&rsquor;s WhatsApp and Messenger are both shedding users, Signal is holding steady – but behind Telegram, that has been growing.