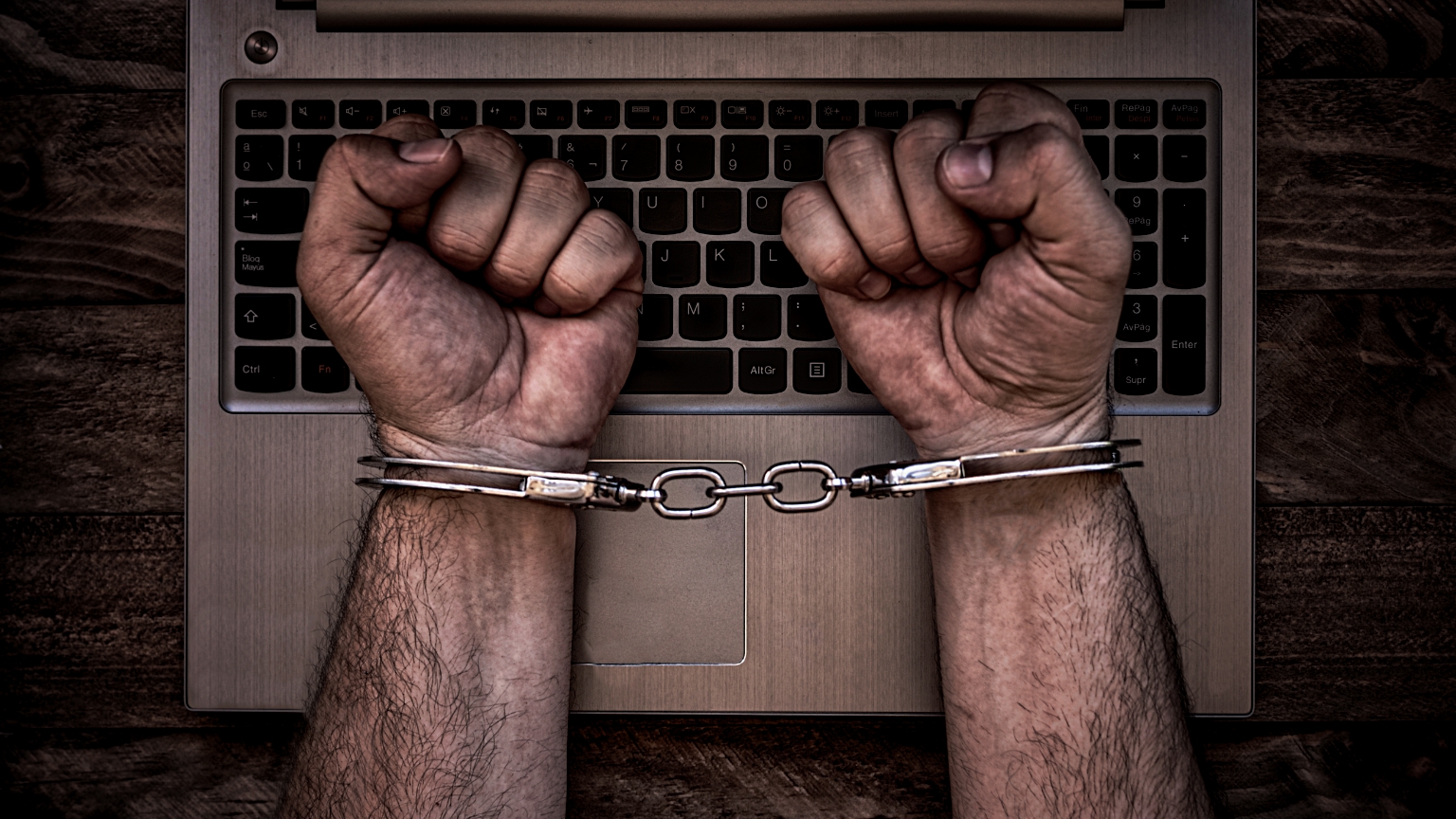 An in-depth report from The New York Times has revealed the scale of Germany’s prosecution of “online speech-related crimes” and provided a behind-the-scenes look at the units who are tasked with surveilling social media to build cases against German citizens for what they post online.

The Times said that after reviewing German state records, it found that there were more than 8,500 cases related to alleged online speech-related crimes and more than 1,000 people have been charged or punished since 2018. However, no national figures exist on the total number of people charged with online speech-related crimes, and experts that spoke with The New York Times said the true figure is probably much higher.

The Times’ report also provides details on the copious amounts of social media surveillance that are being conducted by a task force in the German city, Göttingen. This task force was created in 2020 and reportedly has hallways, bookshelves, and desks filled with red evidence files. These files contain printouts of German citizens’ Facebook comments, tweets, and Telegram posts. Investigators that work on the task force search through social media feeds, public records, and government data to gather evidence of purported online speech-related crimes.

This task force is in charge of cases across Lower Saxony, a state in northern Germany. Authorities in Lower Saxony reportedly raid homes multiple times per month and in some cases, a local television crew records and broadcasts the raids.

Citizens who are raided but refuse to give up their phones have them seized and sent to a lab. This lab uses software made by the digital intelligence company Cellebrite to unlock the seized phones.

This task force alone investigated 566 “internet speech-related crimes” last year and expects to investigate double that number in 2022. The unit also fines or punishes around 28% of those who are investigated.

Not only are the German authorities setting up task forces that comb through their citizens’ social media posts but they’re also deploying “internet hate speech” investigators, according to The New Times. One of these investigators, Swen Weiland, reportedly works to unmask people who operate anonymous social media accounts by attempting to find out where they work, where they live, and who their friends and family are.

“I try to find out what they do in their normal life,” Weiland told the Times. “If I find where they live or their relatives then I can get the real person. The internet does not forget.”

According to The New York Times, Weiland once used an online registry of licensed architects to unmask an “unknown Twitter user” who compared Covid restrictions to the Holocaust.

In addition to detailing how German task forces and investigators scour the internet for purported online speech-related crimes, the Times also provided multiple examples of German citizens having their homes raided and their devices seized after they posted “insults” or “hate speech” to social media platforms.

One man was raided after he shared an image on Facebook with “an inflammatory statement about immigration falsely attributed to a German politician.” Police searched his home and seized multiple devices. The New York Times said this raid was one of around 100 similar raids that played out across Germany at the time.

The head of Germany’s Federal Criminal Police Office, Holger Münch, said: “We are making it clear that anyone who posts hate messages must expect the police to be at the front door afterward.”

Other prosecutors said that even if the man didn’t know the comments had been falsely attributed to the German politician, he should still face punishment.

“The accused bears the risk of spreading a false quote without checking it,” the prosecutors said.

Another Twitter user had their home raided by six German police officers after they tweeted “Du bist so 1 Pimmel” (“You are such a penis”) at a city senator who had broken the local social distancing rules that he was responsible for enforcing.

And an activist who responded to a German politician’s Facebook message by posting a link to a picture of a mural containing this phrase had his home raided and several devices seized by four German police officers.

Raids aren’t the only tactic detailed in The New York Times report. It also describes multiple incidents where German citizens have been hit with four or five-figure fines for violating the country’s strict online speech laws.

One anonymous Twitter user, who had called a journalist “stupid” and “mentally ill,” was fined €1,000 ($967) after the journalist unmasked them and sent their details to the local district attorney.

“I’m happy they did something about it and this person got a signal that there are some limits on free speech,” the journalist said.

Another individual was reportedly fined the equivalent of around $10,000 after “sharing insults about Turkish immigrants.”

These incidents all occurred after Germany introduced one of the world’s strictest “hate speech” laws in 2018. The law requires social networks to remove hate speech from their platforms within 24 hours. In 2021, Germany attempted to make the law even stricter but a court ruled against these stricter provisions earlier this year.

Despite the country already having some of the strictest speech regulations in the world, the Times report claims that many German lawmakers believe this online hate speech law doesn’t go far enough because it targets companies instead of individuals.

Daniel Holznagel, a former Justice Ministry official who helped draft Germany’s hate speech laws, suggested that prosecuting citizens for their online speech is similar to prosecuting those who illegally download music and movies from the internet.

“You can’t prosecute everyone, but it will have a big effect if you show that prosecution is possible,” Holznagel said.

This inside look at the German citizens who are being raided, fined, and investigated because of what they post online is just one of the many examples of the growing online speech restrictions in Germany. Pressure groups are urging German citizens to report so-called hate speech via an app and German authorities are pressuring the messaging app Telegram to censor content.

Outside of the speech crackdown, the German government and its police forces are using Covid surveillance tech to track citizens for purposes unrelated to Covid and impose restrictions on citizens who aren’t up to date with their vaccinations.

And while citizens that post insults or “hate speech” run the risk of being raided, fined, or investigated, German authorities are creating hundreds of fake “right-wing extremist” social media accounts that incite hatred. The German authorities have justified creation of these fake accounts by claiming that they’re necessary for information gathering.