People are seeing bias about which campaigns that break the rules are still allowed to operate.
Share

Declaring yourself as liberal, yet censoring any opposing point of view at the drop of the hat like some olden regime behind the Iron Curtain way back when – is that really acceptable these days?

Apparently yes, because it’s no longer obligatory to be truly democratic while also “liberal.” It must help tremendously that it’s also not unlawful to act in this way, at least online, thanks in part to some severely outdated legislation regulating the digital space in the US.

And that happens to be the political and ideological place towards which big, but also small US tech is swaying these days, as a matter of preference of its owners and leaders.

Yet since that preference seems not shy away from stifling free speech and banning content that doesn’t conform, there will inevitably always be questions, controversies, and even drama.

And not merely in the US – but also in other countries where this tech and services are used – like the UK. Thus, organizers of an anti-coronavirus lockdown protest held last weekend in London under the slogan, “Unite for Freedom,” are now banned from GoFundMe – while at the same time, the same crowdfunding platform apparently allows its resources to be fully used by other protest movements such as Black Lives Matter.

Why not run an agnostic platform, and allow both, you might ask – so long as neither are breaking any laws?

Well, that may be difficult right now in the UK, as both are actually breaking the rules – but are treated differently.

The protest in London last weekend was organized despite the coronavirus “state of emergency” limit on outdoor gatherings of more than 30 people – and consequently, the organizer, 73-year-old Piers Corbyn, brother of former Labour leader Jeremy Corbyn, was arrested and fined £10,000 ($13,400).

It makes sense – until you realize that “Black Lives Matter”-inspired rallies taking place at the same time in the same country, under the same health and legal constraints, are not sanctioned the same way. 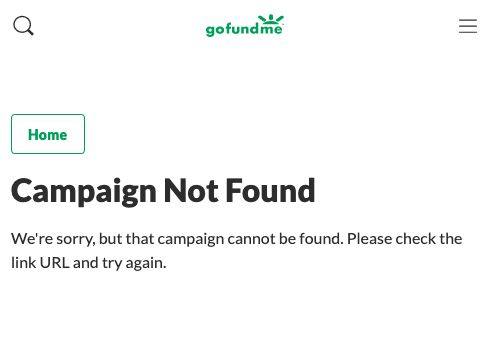 But when Piers Corbyn attempted to raise funds on GoFundMe to cover any legal costs of his appeal – the platform deleted his campaign within 48 hours.