Multiple Google engineers have claimed that the company employs blacklists and their claims are supported by several leaked documents which appear to show Google blacklists.
Share

In a recent interview, former Google engineer Zach Vorhies, who worked at the company for eight years and leaked a trove of documents showing Google’s biases, said that Google is using a blacklist to remove autocomplete suggestions for the search term “Clinton body count.” Vorhies also believes that the existence of this blacklist shows that Google was lying when one of its executives told the Senate Judiciary Committee in July that Google doesn’t utilize blacklists.

Vorhies made the comments during an interview while discussing his Medium article titled: “Why did Google suppress auto-complete for “Clinton Body Count”?”

In the Medium article, Vorhies references Google’s public documentation on its autocomplete suggestions which says:

His article then shows how the Google autocomplete suggestions for “Clinton body count” and “Trump body count” appear to go against what’s laid out in this documentation. 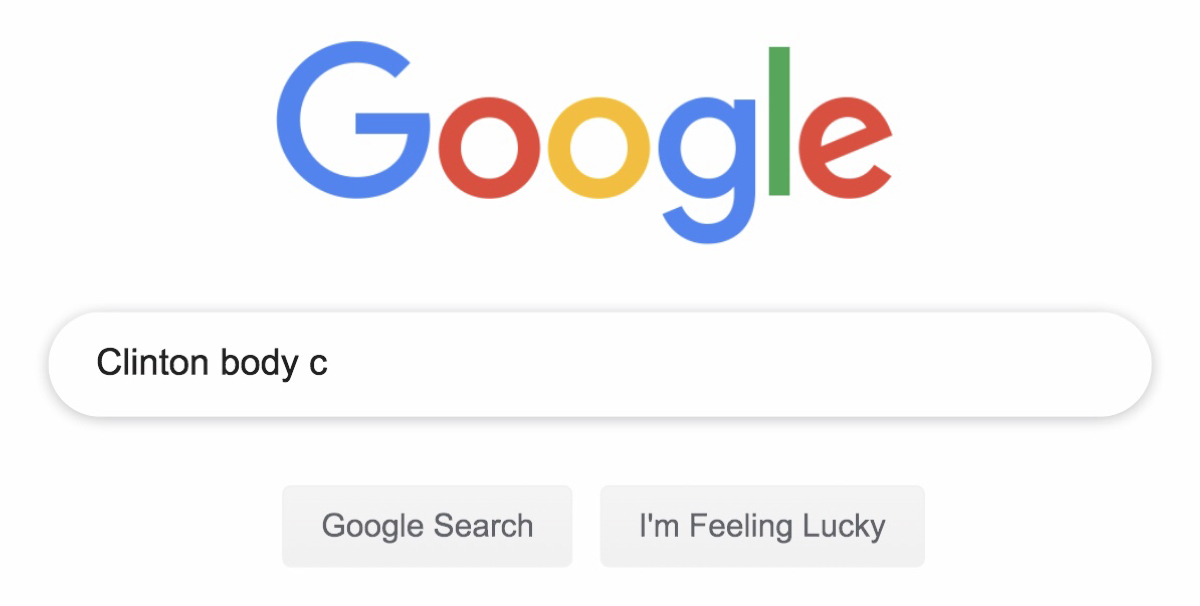 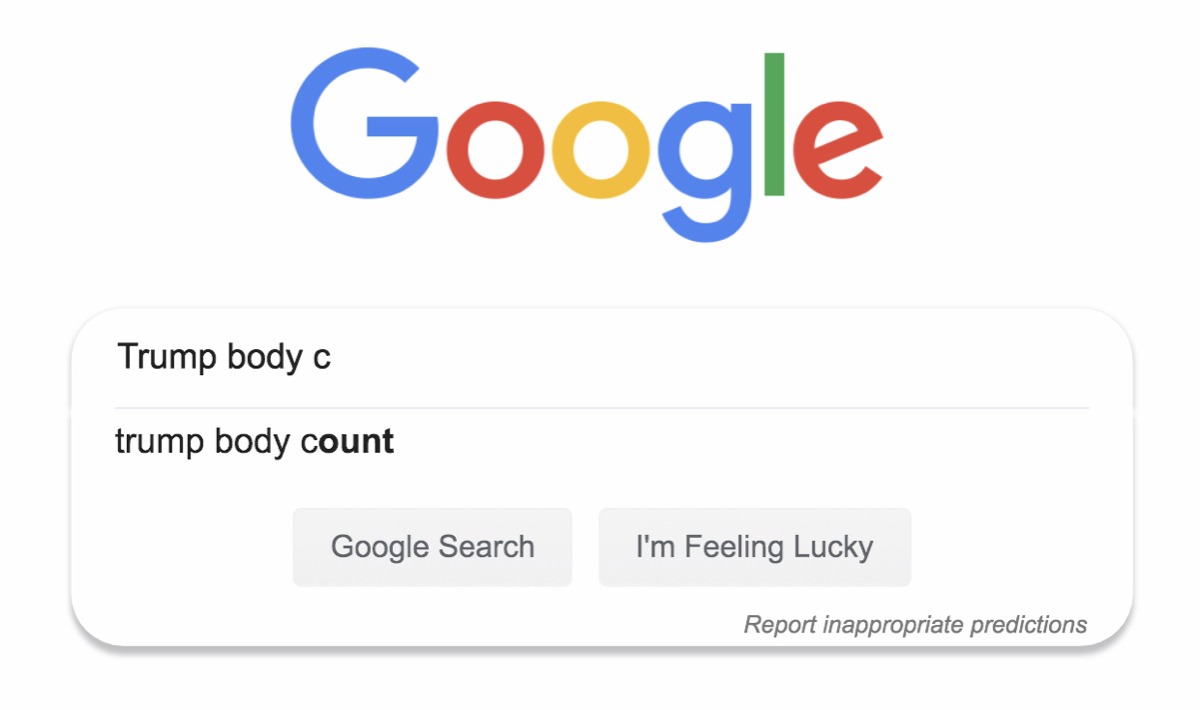 First, based on Google Trends data, both terms trended at the start of this month after it was reported that convicted sex offender Jeffrey Epstein had committed suicide. However, “Clinton body count” was a much more common search term at this time and received more than 10 times the amount of searches.

In his interview about the article, Vorhies expanded on this discrepancy and suggested that it’s the result of a Google blacklist: “There’s obviously a blacklist that’s being utilized, either explicitly or embedded in a neural network.”

Vorhies also talked about how he discovered another apparent blacklist for Google-owned YouTube when he was working at the company in July. Ironically, he made this discovery while listening to a Senate Judiciary Committee hearing where Google executive Karan Bhatia told Senator Marsha Blackburn: “We don’t use blacklists, whitelists to influence our search results.”

Vorhies described the exasperation he felt when discovering what appeared to be a YouTube blacklist at the same time as a Google executive was denying the use of blacklists in the Senate by saying: “The lies are just so, like, in your face that it’s just, it’s ridiculous. It needs to be confronted. It needs to be exposed.”

Wacker has also backed up Vorhies’ statements on Google’s use of internal blacklists and said that YouTube manipulates its search results via a blacklist.