Providing US law enforcement with personal data of their users – like location, search, and emails – is now officially a part of Google’s business.

This January, the giant started charging $45 for a subpoena, $60 for a wiretap and $245 for a search warrant, according to information received by US law enforcement agencies. 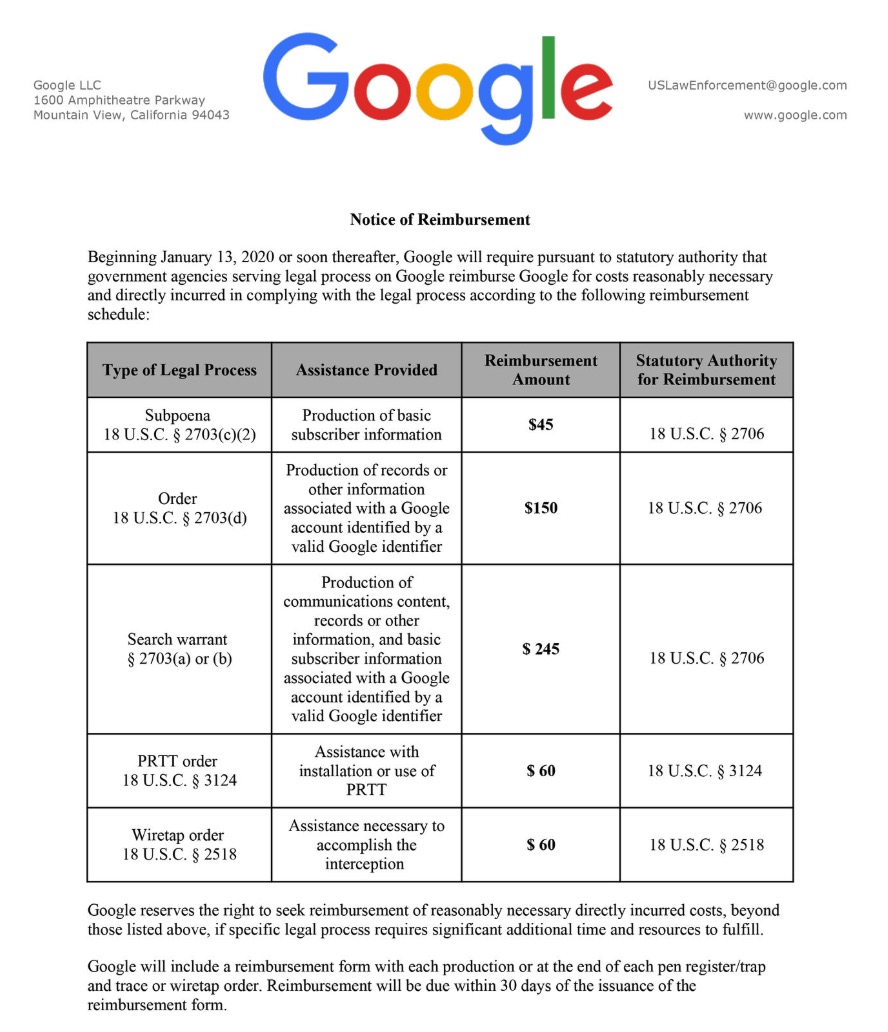 The decision to turn government snooping and Big Tech’s ability to collect and provide massive quantities of personal data of its users into an earning opportunity comes as more and more requests for keeping coming from the authorities each year. And, some observers say – if the authorities are forced to pay for user information, charging them for it may even help curb excessive surveillance.

The US is not the only place where officials want access to data harvested from billions of users – something that, inadvertently or otherwise, makes Google and the likes of it de facto mass surveillance projects. However, of the 75,000 requests filed in the first half of last year, for data from close to 165,000 Google accounts, one in three came from the US.

And Google will still provide both US and ostensibly other governments with this information, complying with the law – but going forward, it won’t be free.

In the past, Google would sporadically charge for some legal requests – and it’s not entirely clear why the company now decided to make this its policy. A Google spokesman wasn’t very helpful, saying that there was “no specific reason” to introduce these fees now, and adding that the purpose was to make up for the financial cost of compliance with the ever-rising number of data requests.

Even so, the money lost in this way would have been a drop in the bucket for Google, whose parent Alphabet just last week joined three other companies with a trillion-dollar market cap.

But Big Tech lawyer Al Gidari, who in the past represented Google, thinks the move to start charging for compliance with legal requests might result in the giant discouraging law enforcement from filing so many of them.

“The actual costs of doing wiretaps and responding to search warrants is high, and when you pass those costs on to the government, it deters from excessive surveillance,” said Gidari, who is now consulting privacy director at Stanford’s Center for Internet and Society.