If Apple really cared about your privacy it would stop taking money from Google for your data.
Share 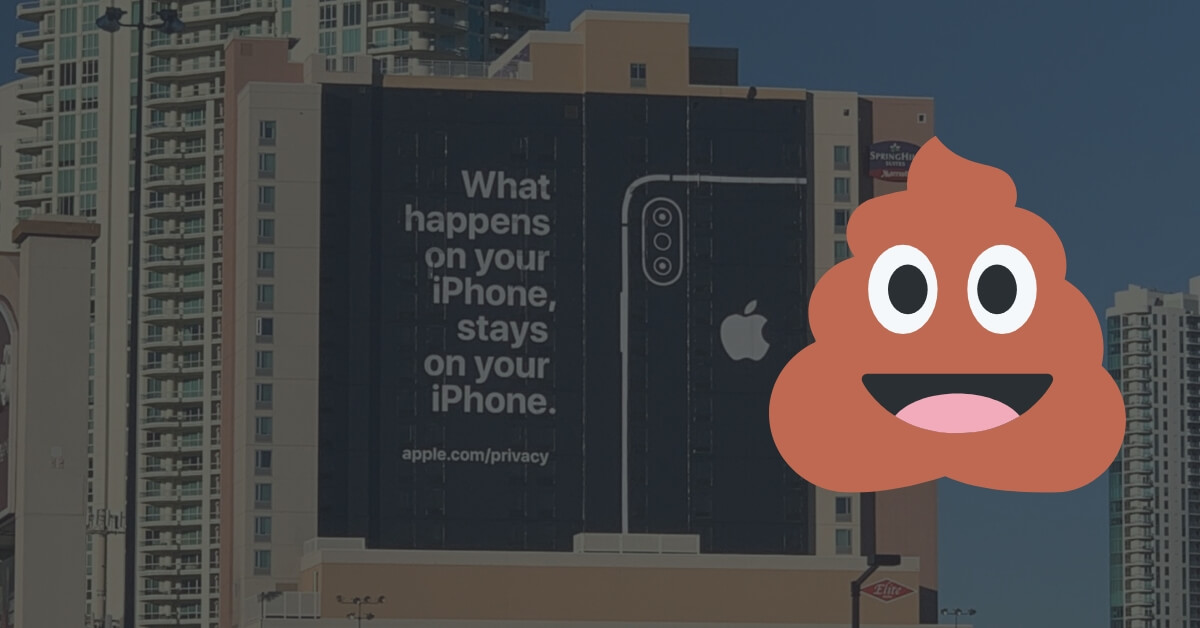 When Apple faced off against the FBI in 2016 over the unlocking of an iPhone, Apple had positioned itself as the truly privacy oriented smartphone company. This was a key selling point for the company at a time when the fear of privacy, or lack thereof, loomed large in many consumers’ minds.

Over the years, Apple has bragged about this, and their efforts culminated last month right at the time CES 2019 was going down. They used a giant ad on the side of a building in Las Vegas stating, ‘What happens on your iPhone, stays on your iPhone’ to take a dig at Android.

But is this completely true?

Does whatever happens on your iPhone indeed stay there?

While taking a dig at Android and playing on people’s fear of Google tracking their every move, Apple have been receiving a lot of money from Google over the years. We know for sure that Google paid Apple $1 billion in 2014 because the latter receives 34% of the revenue earned by Google from iPhones and iPads.

The figures were brought up in the Oracle against Google case that is still ongoing, even though both Google and Apple lawyers tried really hard to hide them.

Now a Goldman Sachs analyst has been quoted saying that Google may have paid Apple $9.46 billion in 2018 just to remain the iPhone’s default search engine.

Clearly, the two tech giants are in cahoots, with Apple being especially spurious by claiming to be the only truly private smartphone manufacturer.

When you consider that Apple are making way more money from their partnership with Google than they are through their own services revenue with something like Apple Music, it’s clear to see why Apple’s privacy talk is merely a marketing gimmick.

Through their partnership, it is obvious Apple isn’t keeping your data within your iPhone, in fact, far from it – especially when it comes to having billion dollar deals with Google so that your internet browsing habits are served through Google by default, giving Google more of your data.

It is just a matter of time before Apple’s true colors are revealed, just like the Wizard of Oz.