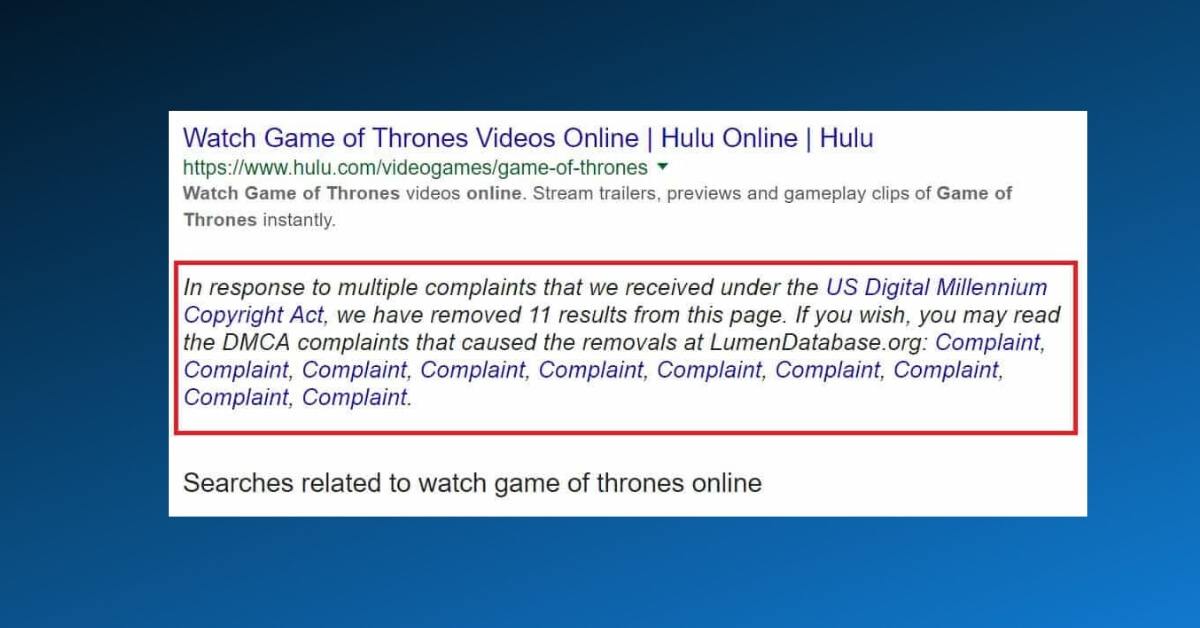 Google Search is often cited – and fined by antitrust regulators in Europe – as problematic in the way it “synergizes” with the tech giant’s core business, advertising.

But there are many other issues with the service suffered by the end user, one being the way Google censors its search results – for example, should a DMCA copyright notice be thrown into the mix.

DMCA stands for Digital Millennium Copyright Act – a highly controversial US legislation, now considered outdated, that has all too often been used against legitimate targets rather than the proclaimed intended ones, i.e., copyright infringes – but also one that remains in force.

But folks with JavaScript skills have now stepped up to the plate with a new extension, Google Unlocked, written for Google’s own Chrome browser and Firefox.

Like it says on the box, the extension goes through Google’s massive Lumen Database listing legal complaints and takedown requests.

“The extension scans hidden links that were censored on Google search results due to complaints. The tool scans those complaints and extracts the links from them, puts the links back into Google results, all in matter of seconds,” the developer, identified by the GitHub profile as “ibit,” explained the process.

TorrentFreak recently reported that the number of these takedown notices was now at four billion links, filed by “168,180 copyright holders against 2,283,811 separate domains.”

The extension is open source and features only a handful of lines of JavaScript. The code is hosted in a public repo on GitHub that can be audited by anyone, and contributed to with pull requests written by other programmers.

The code can also be “forked” – and has been 23 times at press time – ensuring its continued life elsewhere in case the original project were to be abandoned for any reason.

TorrentFreak said it tested this software to discover that while it was indeed providing the user with a full list of search results, including those removed by Google due to DMCA takedowns, it shared the same weakness with similar software – namely, the inability to “differentiate between infringing and non-infringing content.”

But the overall impression of the project seems to be optimistic, particularly due to the ability of adding and improving on it, thanks to the free and open source model – and the potential of appealing to many other “geeks,” the developer noted.