Only one Member of Congress voted against the resolution.
Share 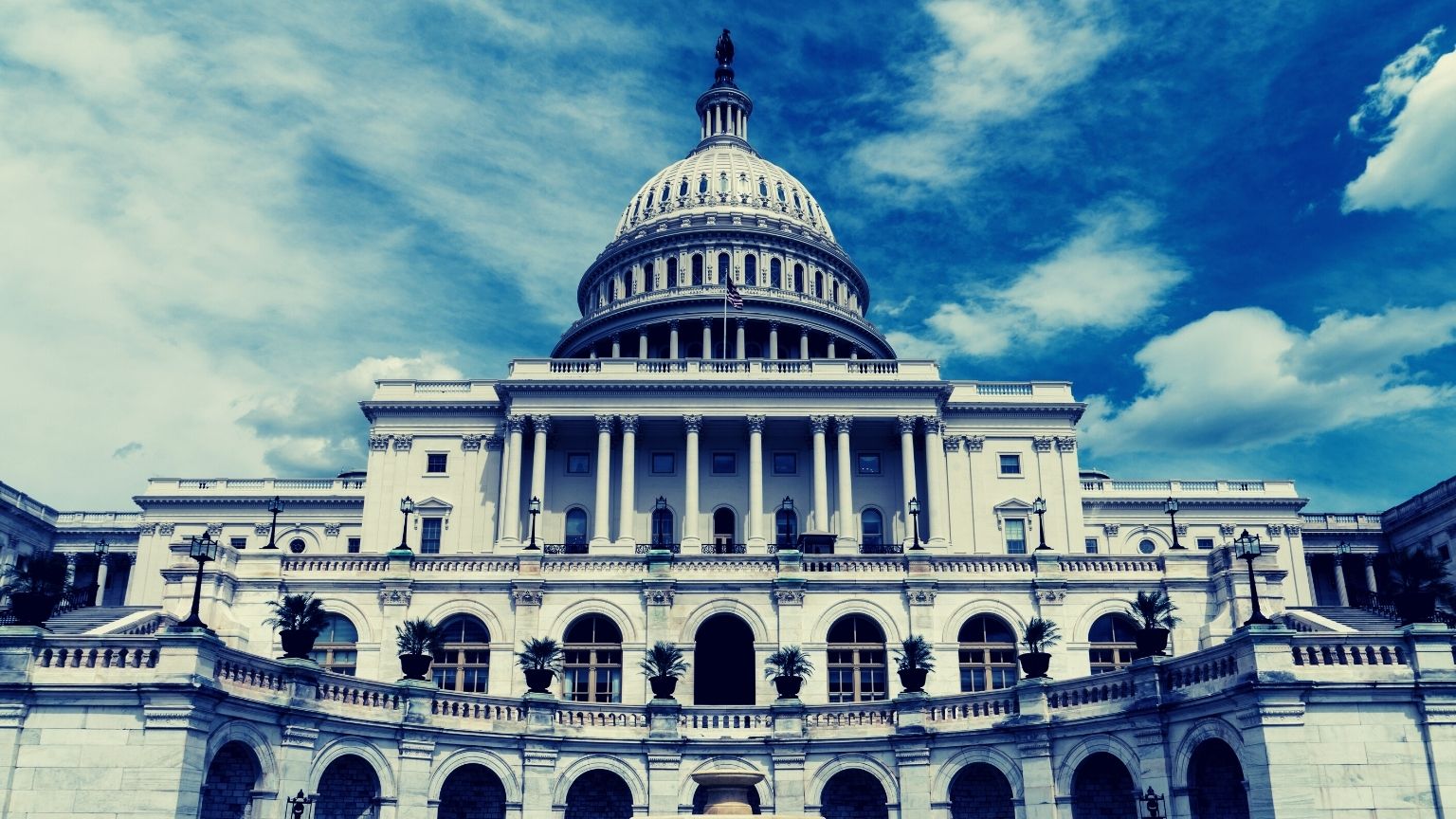 The House of Representatives has voted to pass a resolution that calls for increased surveillance and censorship of online speech, to help reduce antisemitism.

The resolution goes beyond condemning antisemitism; it goes into the realm of calling on social media platforms to do more to stop it.

We obtained a copy of the resolution for you here.

The resolution calls on social media platforms to “institute stronger and more significant efforts to measure and address online antisemitism” and, like most resolutions of this kind, pays lip-service to the idea of “protecting free speech concerns,” without providing details on how this is possible.

The resolution also calls for the house to work “in tandem with the cross-party Inter-parliamentary Task Force to Combat Online Anti- semitism to help craft thoughtful global initiatives designed to address online antisemitism.”

The resolution names platforms specifically, saying there has been an uptick in “antisemitic language, conspiracy theories, and hatred has increased on multiple social media platforms—from Facebook and Instagram to Twitter and TikTok.”

Rep. Thomas Massie, a Republican, was the only member of the House that recognized the implications of government once again trying to insert themselves into moderation on online platforms and voted against the bill on free speech grounds.

Massie made clear that his vote against the bill was not due to hating anyone “based on his or her ethnicity or religion” but on First Amendment grounds, that is designed to prevent the government from regulating speech. While the resolution is not a law that would force this speech regulation on platforms, the sentiment of the government pressure on platforms is evident. 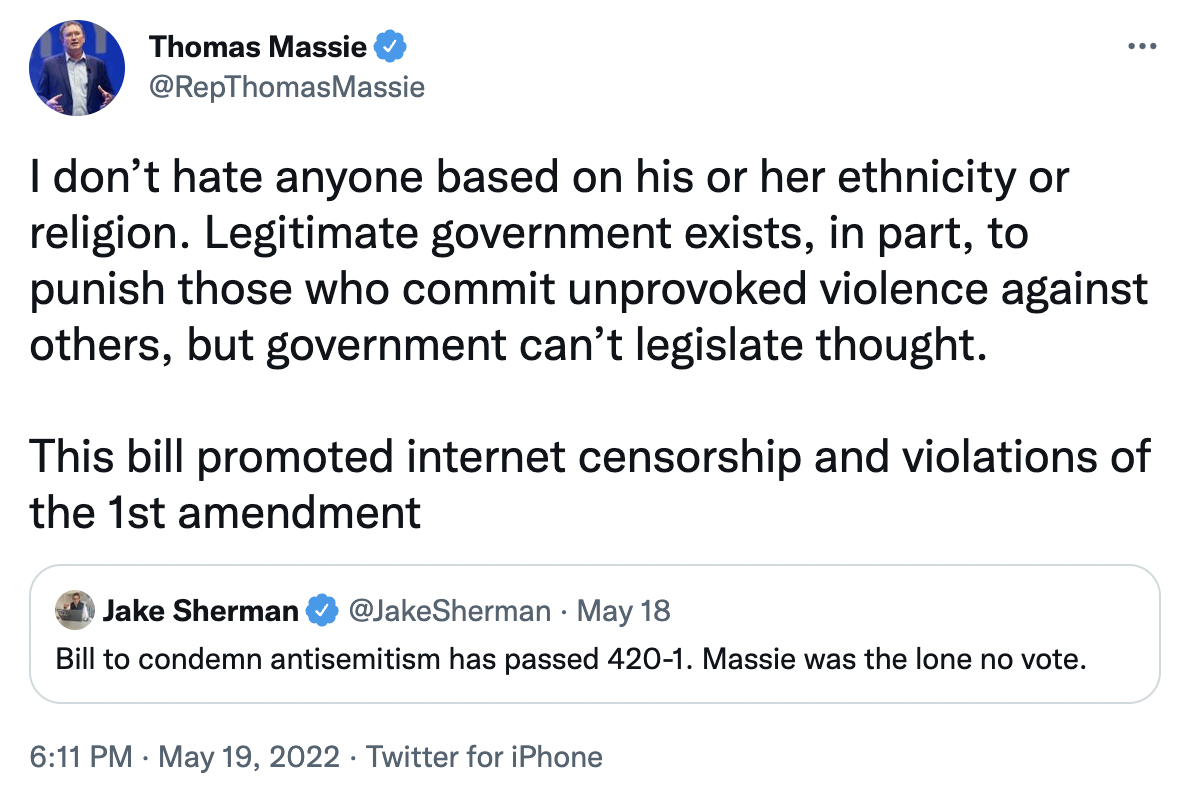 “I don’t hate anyone based on his or her ethnicity or religion. Legitimate government exists, in part, to punish those who commit unprovoked violence against others, but government can’t legislate thought,” Massie wrote on Twitter.

“This bill promoted internet censorship and violations of the 1st amendment.”

The author of the resolution, Democrat Rep. Debbie Wasserman Schultz, blamed the racially-motivated shooting in Buffalo, New York, on social media for amplifying “radicalizing content and conspiracy theories.” She argued that Section 230, which protects platforms from liability from content posted by users, should be removed.

“It’s past time to pass sane gun safety laws, but we also need to revisit Section 230 to remove social media company immunity if they amplify radicalizing content and conspiracy theories that promote violence like we saw in Buffalo,” she wrote on Twitter.