How to Sue Google, Facebook Or Other Tech Companies That Abuse Your Data – Now Possible With The Tap of a Button 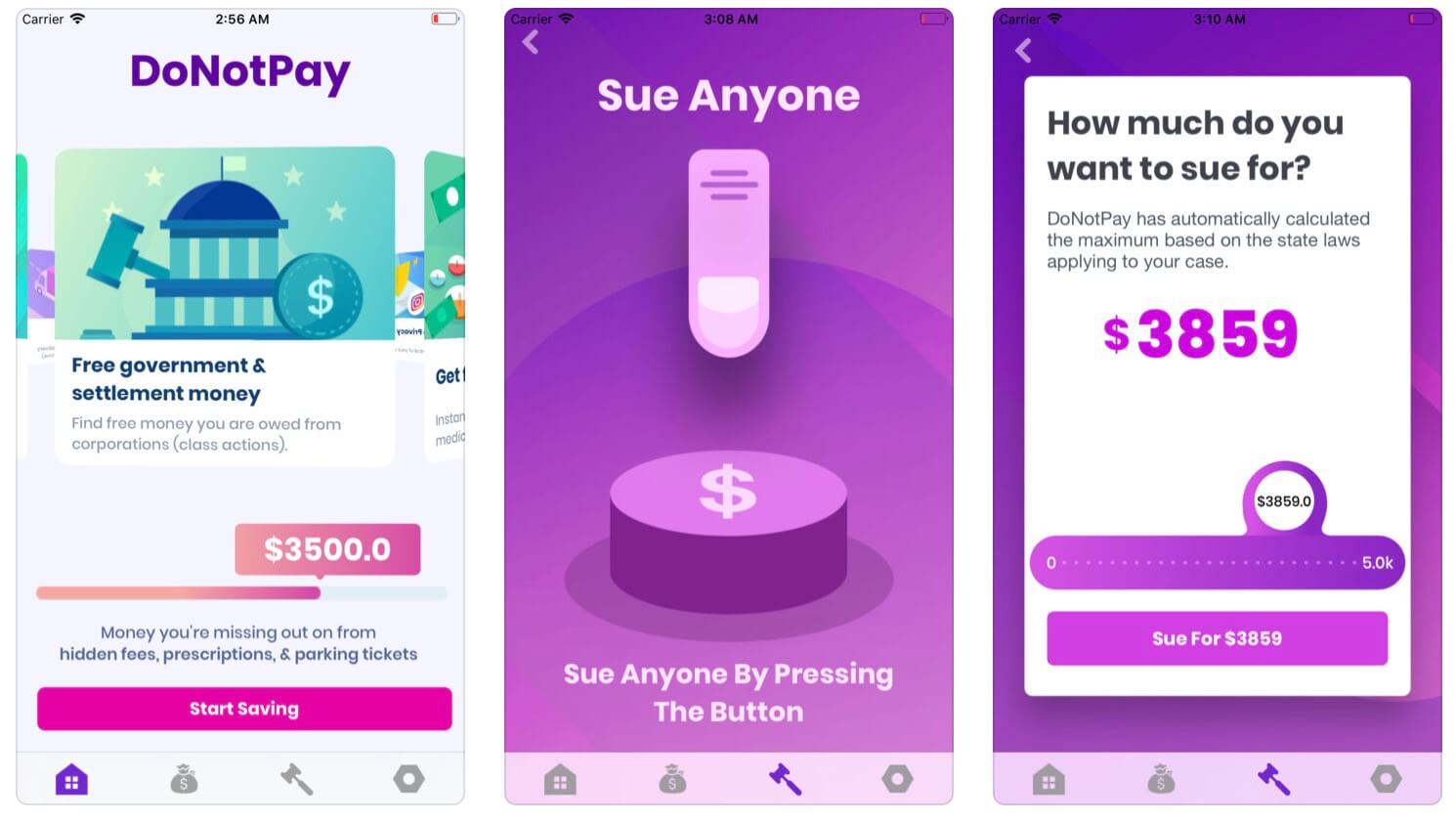 21-year-old British–American entrepreneur Joshua Browder is the creator of the application called DoNotPay. DoNotPay is an automated legal tool. It helps users with legal matters from online privacy to compensation for lost or stolen items.

The very first installment of the DoNotPay app was to help users challenge parking tickets and small fines. These days it has expanded into many hundreds of legal matters. It also helps with getting discounts and solving property disputes.

Recently, Joshua Browder went after Equifax, a consumer credit reporting agency. The company’s data systems were breached in 2017 and this data breach exposed the personal information of millions of people. The DoNotPay app helped file around 25,000 lawsuits against Equifax for being at fault in the exposure of private user data.

The British founder of the application, wants to now expand the services of DoNotPay into privacy and data security. He announced very recently that the app will now let users lock privacy settings, especially on social media accounts.

It will additionally assist users in suing companies that expose your personal information particularly when a company gets hacked and your personal data is uncovered. The update to the app for this service was released on Wednesday

In an exchange with Business Insider Australia Browder describes why he wants to sue companies that are not careful with personal information of their users and clients. Additionally, he also explains why he added the privacy settings and data breach features:

“My data was hacked and sold by Cambridge Analytica…At the time, it seemed like data breaches were uncommon. However, in the past year, it has become the most requested feature to add to DoNotPay…The mistakes companies like Equifax are making, such as not encrypting data, are mistakes a high school Computer Science student would avoid. I want to punish these companies for their incompetence and protect people from having their data sold.”

The DoNotPlay application to put simply provides automated legal assistance for free. Basically, evading the want for expensive legal guidance. It allows users to sue anyone in “small claims court” for anything up to USD$25,000 without the help of a lawyer.

Some of the many things you can do with the app include combating unlawful bank fees, repealing parking tickets, getting a refund from Uber for an unsuitable ride, saving money on prescription drugs, scanning fast food receipts for extra food and earning refunds on late package deliveries.

Additionally, now with this latest update you can protect your privacy on all your popular social media accounts such as Facebook and sue these mega tech giants for data breaches.

In basic terms, this is how the app works:

There are two elements in the update to DoNotPay, which was released on Wednesday October 10th. The first element relates to user privacy and the second one is about punishing organizations that have been hacked, exposing personal information of users.

The first element focuses around user privacy by helping you stop outsiders from spying on and obtaining information from your social media accounts. The app automatically changes your settings on Facebook, Instagram and Twitter to make your account as private as possible. It also does other activities such as deleting Facebook calls and text history.

The second element is about punishing organizations for data breaches. DoNotPlay lets you know if any of the apps and platforms you use have been breached or hacked. Most importantly it lets you know if your personal information has been compromised. So now, you can go ahead and sue the company for being at fault for exposing your personal information.

Browder said in the same exchange with Business Insider Australia that lawyers shouldn’t be the only ones that benefits from data breaches. He also expresses his want to hold companies that are careless with user data to account.

“By providing these services, anyone who can follow simple instructions can now get justice and protect their data… It seems like the only people who are benefitting from data breaches are a handful of lawyers. I hope to replace them all and bankrupt any company that is careless with user data.”

DoNotPay is available for iOS