Yelp to allow users to mark businesses as “racist.” What could possibly go wrong?

With the Black Lives Matter movement becoming a staple of 2020 politics, several companies have jumped at the opportunity to use the movement as a way to market their product. One of those companies looking to capitalize on current sentiment is Yelp, and they’ve done so in one of the most divisive and controversial ways of any company so far this year.

Yelp, the platform which allows users to rate various businesses, has now introduced a new policy which now gives users the power to flag and report businesses that they think are “racist.” They get to do this without having to provide any evidence.

“Now, when a business gains public attention for reports of racist conduct, such as using racist language or symbols, Yelp will place a new Business Accused of Racist Behavior Alert on their Yelp page to inform users, along with a link to a news article where they can learn more about the incident,” Yelp said in a statement, giving users a chilling reminder of China’s social credit system. 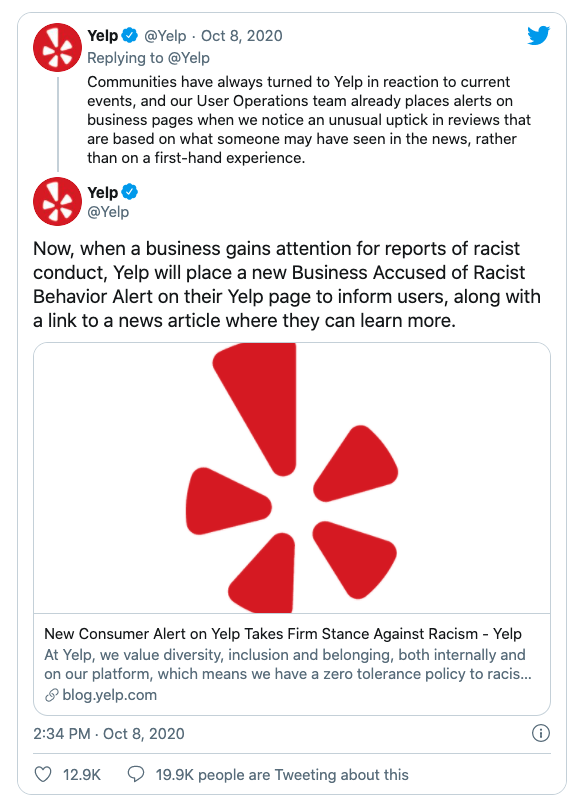 What’s more, the company is also planning on pasting links to articles on pages of businesses that have been slapped with the “Business Accused of Racist Behavior” to help people “learn more” about what has happened.

Although Yelp is planning on linking articles to pages that are labelled for their racist behavior, it seems like the company is going to largely depend on users to decide whether a business should be labelled racist, leaving the system open to abuse. 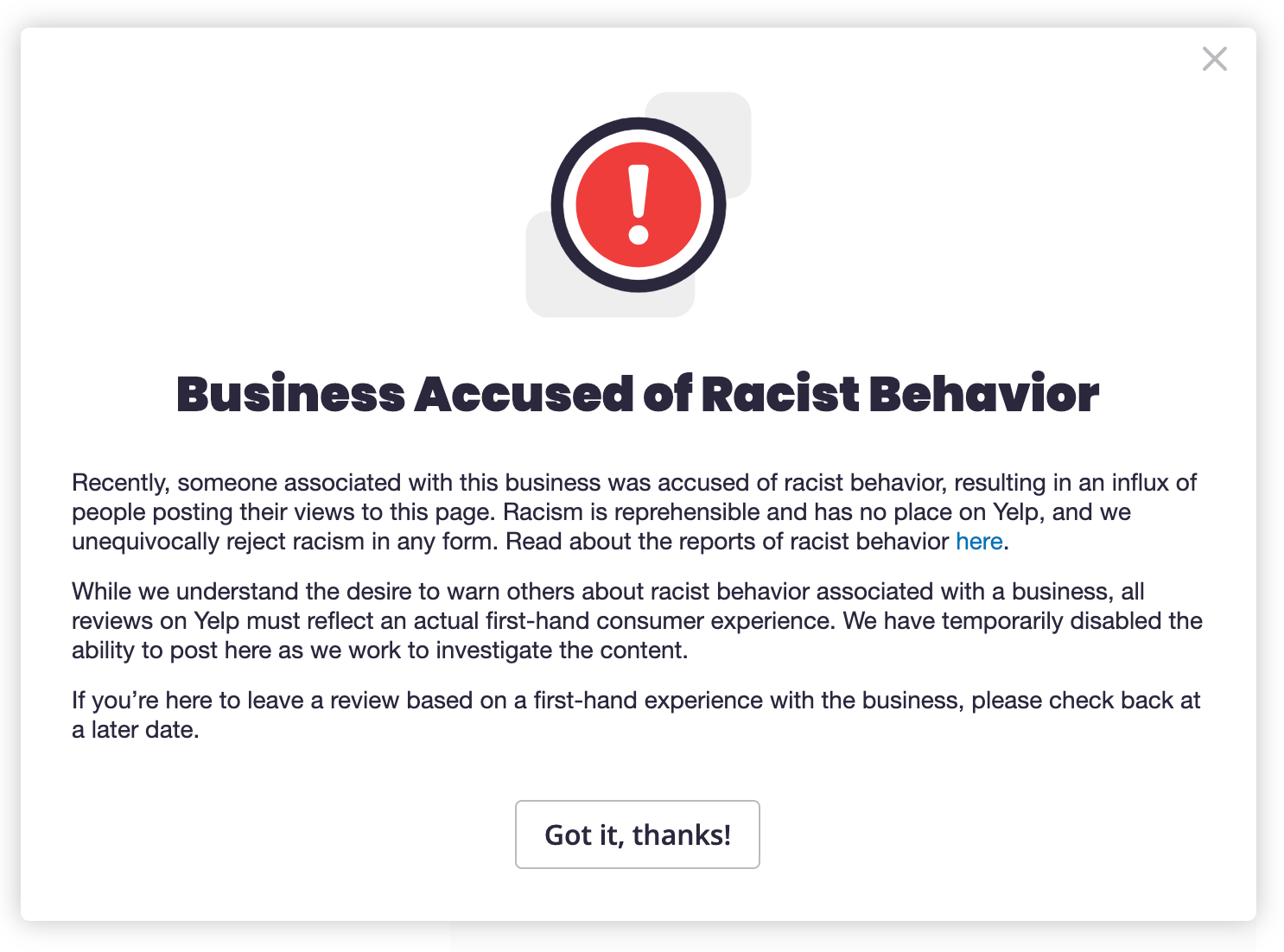 The company says that it values “first-hand consumer experience” and that doing so can help steer clear of fake reviews while “maintaining the integrity of content” posted on the platform.

“We advocate for personal expression and provide a platform that encourages people to share their experiences online, but at the same time it’s always been Yelp’s policy that all reviews must be based on actual first-hand consumer experiences with the business.”

All things said and done, Yelp had left several things out in the open without really diving into the specifics. The company, for instance, hadn’t described what exactly comes under “racist behavior.” The bar to be called a “racist” is lower than ever in 2020.

While it may do so in the near future, implementing this new policy without any set definition of what racist behaviors might be, is potentially going to cause a lot of ambiguity on the platform.

“If someone associated with a business is accused of, or the target of, racist behavior, we will place a Public Attention Alert on the business page to warn consumers that the business may be receiving an influx of reviews as a result of increased attention. For businesses accused of overtly racist actions, where we can link to a news article, we will escalate our warning with the Business Accused of Racist Behavior Alert.”

The netizens on Twitter didn’t take too long to point out the fact that Yelp’s new rules might make things worse as businesses can be wrongly accused of being racist.