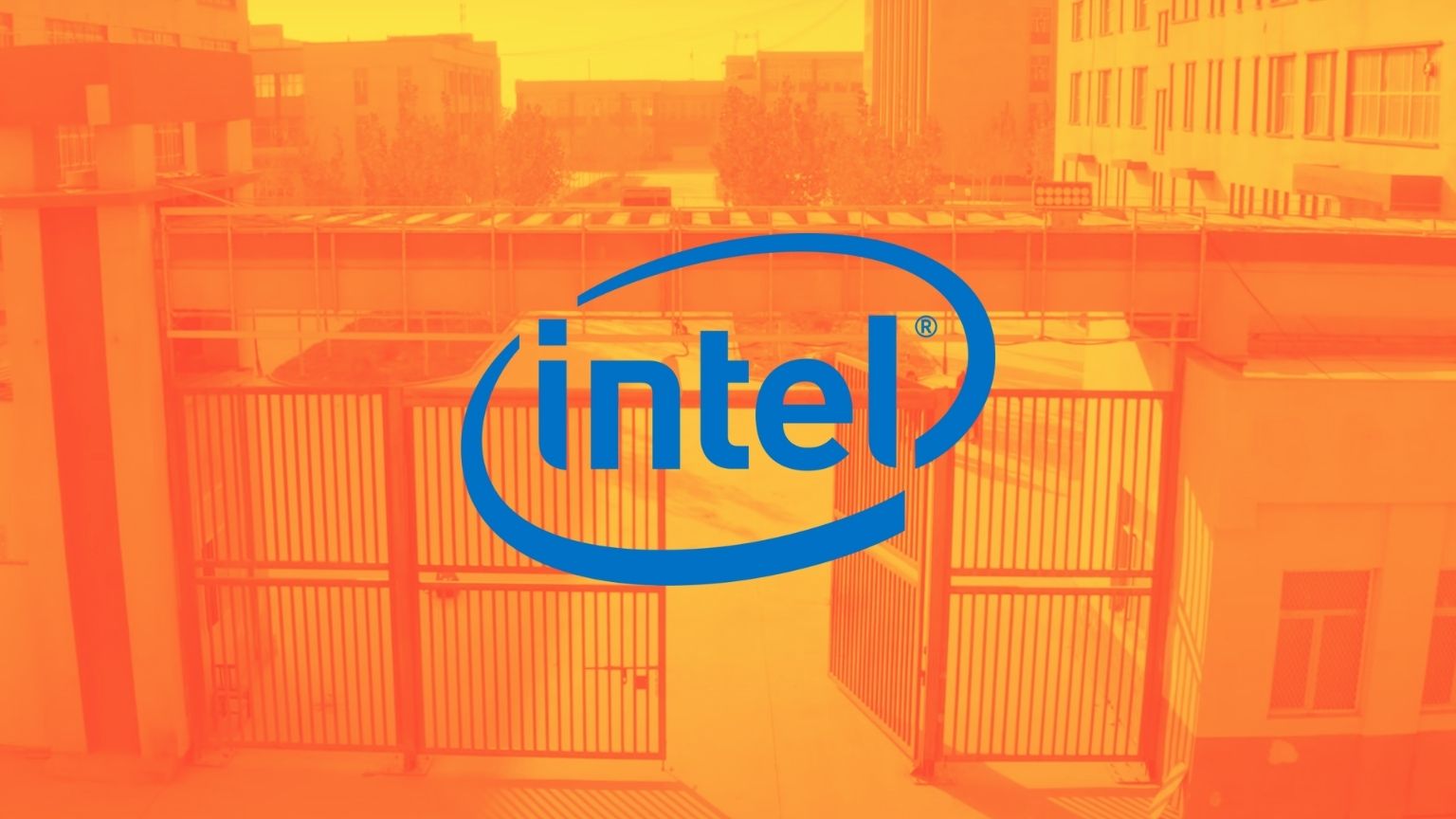 Intel has joined a growing number of large western tech firms who have had to backtrack on their moves pertaining to China&rsquor;s internal policies, which are criticized internationally for violating human rights.

But when the US chipmaker seemed to try to take a stance on the Xinjiang region and labor conditions there calling on its suppliers not to source components or rely on the local workforce, the company quickly issued an apology.

In the apology, posted in Chinese on the giant WeChat platform, Intel said its original letter – effectively calling its partners to boycott Xinjiang-based supply-chain and labor – was motivated solely by Intel&rsquor;s desire to comply with US laws when it came to doing business in China. 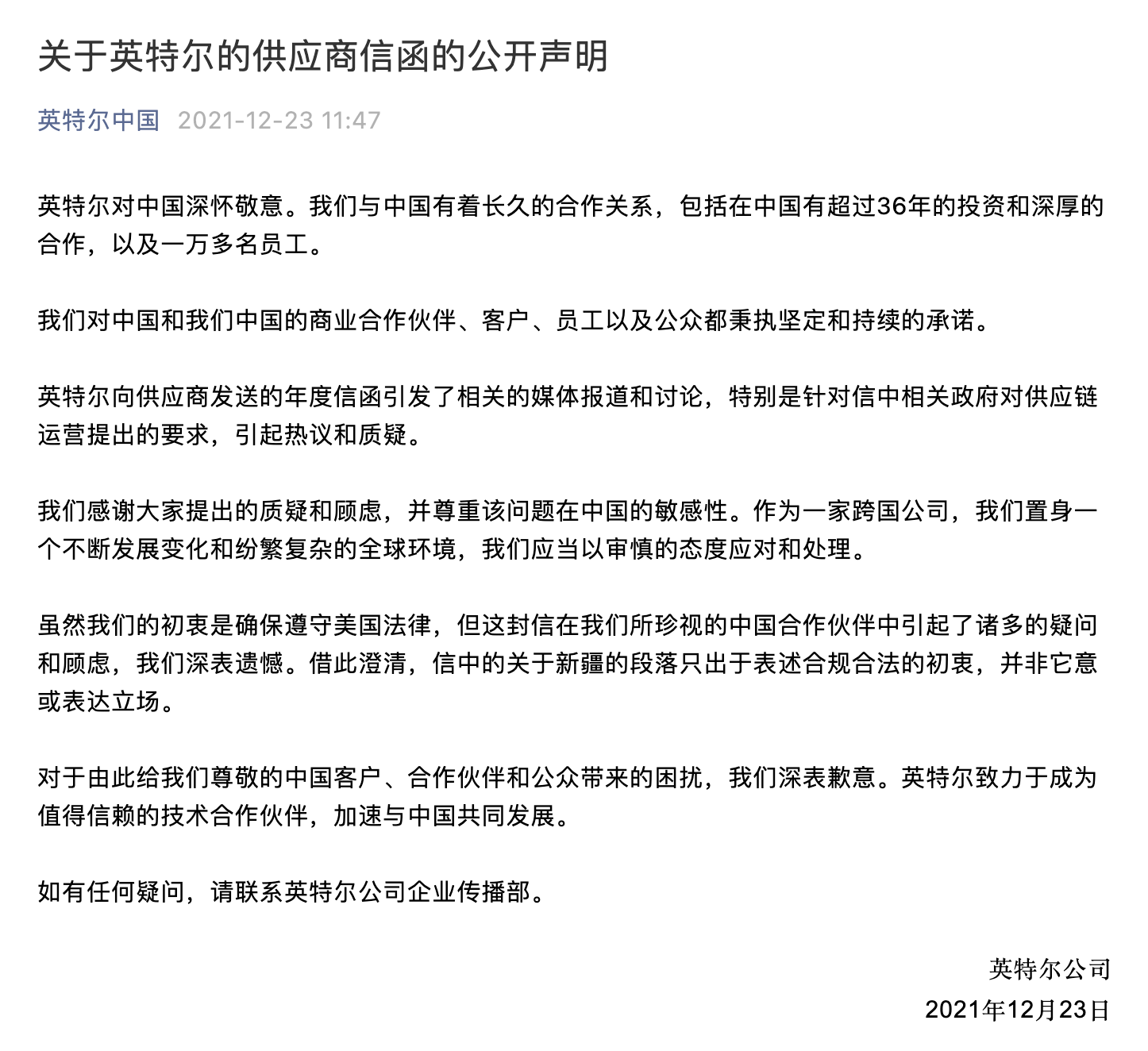 It was in no way meant to express a position on the matter – (i.e., support western claims that Chinese authorities are resorting to forced labor in the troubled region), it said.

“For causing trouble to our esteemed Chinese customers, partners and the general public, we express our sincere apologies,” Intel&rsquor;s apology reads.

In addition, Intel also “thanked” everyone who raised the issue – referring to the furore on Chinese social media after Intel penned the letter to contractors, and a spokesperson for the Chinese Foreign Ministry commented on the controversy to urge US companies to “respect facts” regarding the conditions faced by workers in Xinjiang.

The ministry flat-out denied that forced labor is taking place in the region and put the allegations down to anti-Chinese forces looking to sully China&rsquor;s reputation abroad.

But the apology itself didn&rsquor;t seem to remain outside the realm of high politics, because it was the US State Department and its spokesperson who now reacted – without mentioning Intel by name – by saying that US companies should not feel the need to apologize for “standing up for fundamental human rights.” 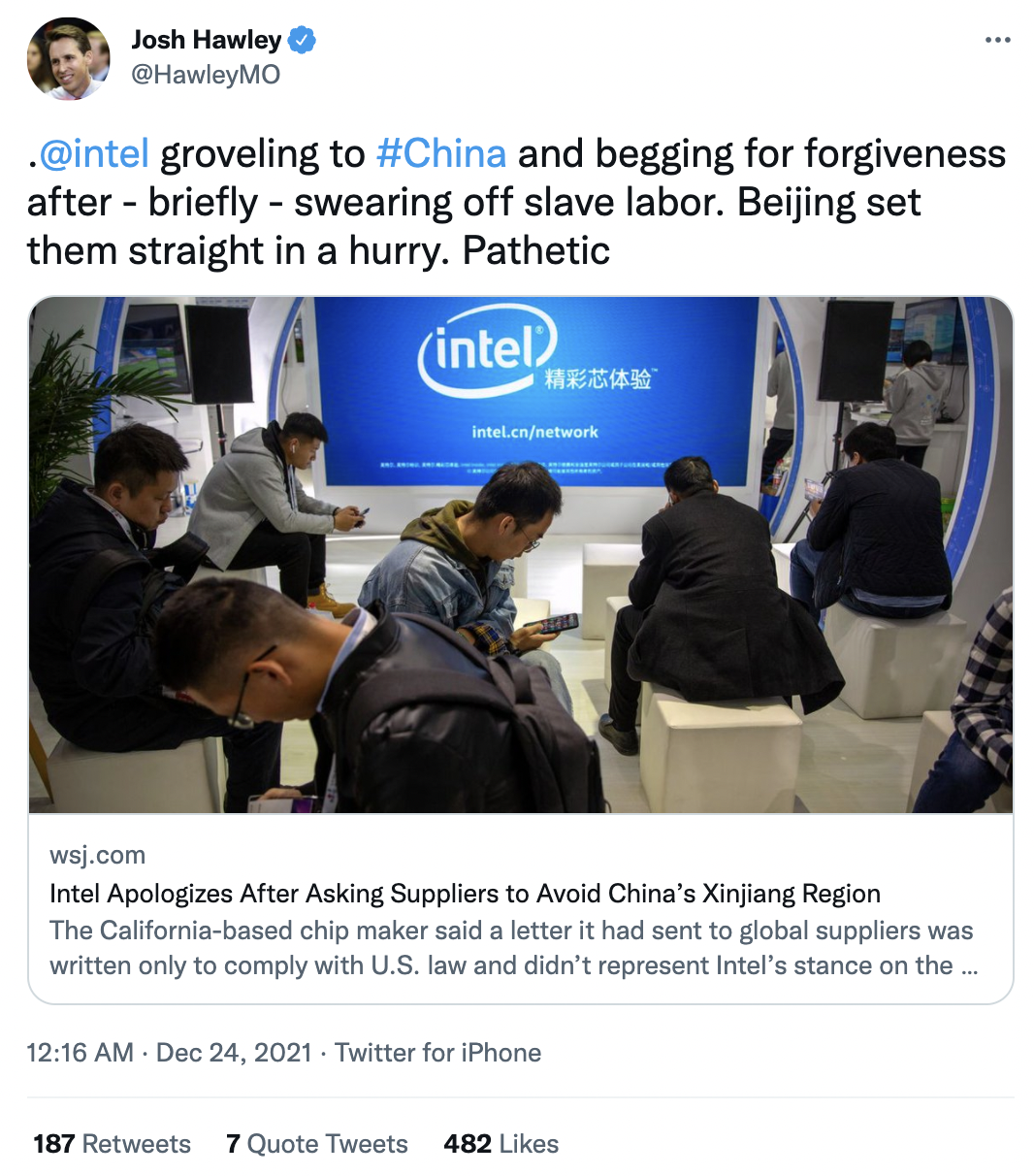 However, in the apology, Intel made it clear it was not attempting to stand for human rights, but comply with US legal regulations – while evidently working very hard to maintain its presence in the Chinese market, which amounted for more than a quarter of its revenue in 2020, in the highly competitive semiconductor market.

China&rsquor;s significance for US tech companies goes beyond providing a large consumer market, since it is also a manufacturing power, prompting many to forget about democratic ideals and think about the bottom line.