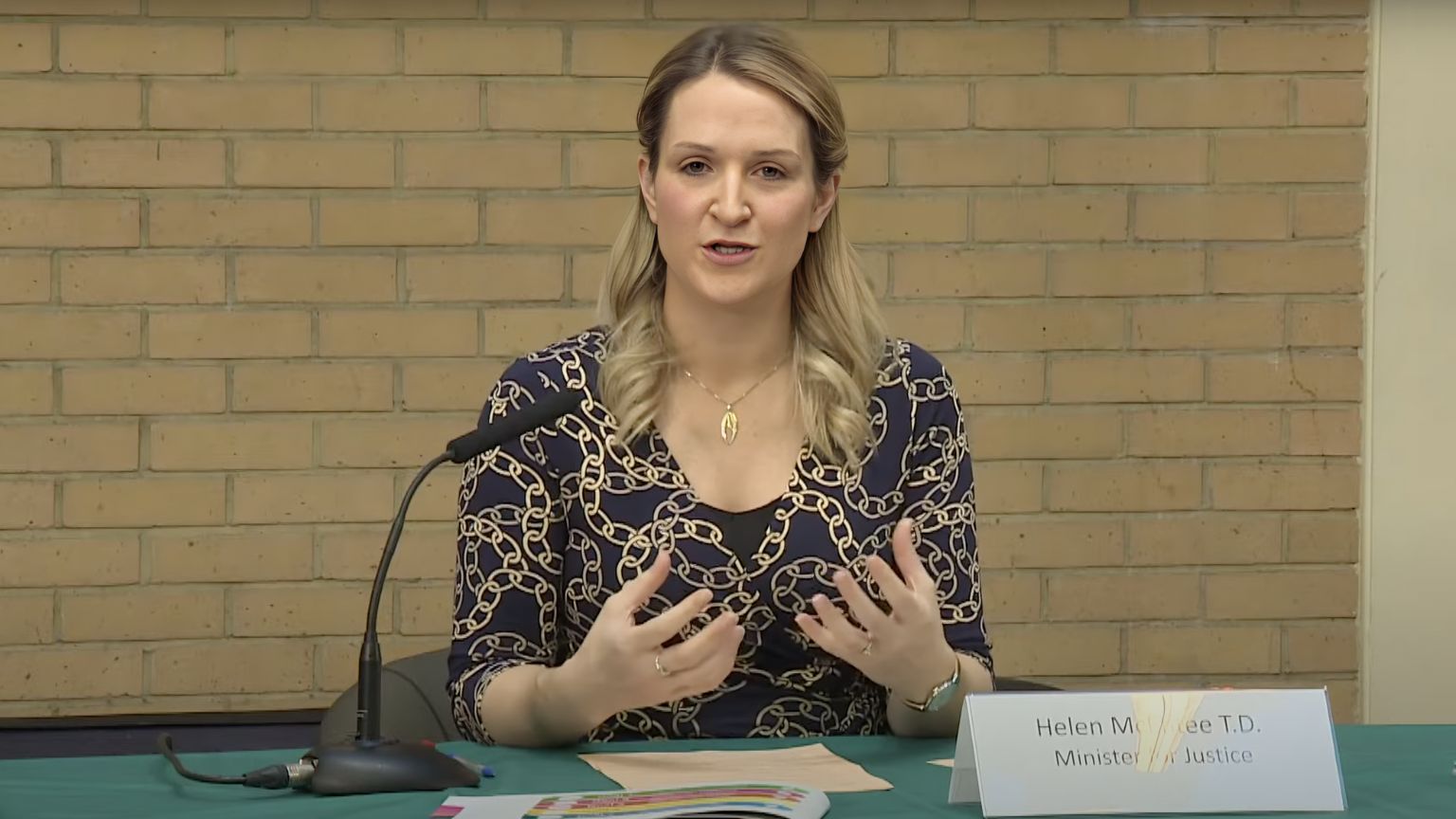 Ireland’s Minister for Justice Helen McEntee plans to introduce new legislation that will harm free speech and will make it easier to prosecute online “hate speech.”

In Ireland, so-called hate speech is already a crime under the prohibition of incitement to hatred act of 1989. But McEntee noted that the law has only led to 50 convictions since its introduction.

“We need a law that has teeth, that you can prosecute, but we also need a law around hate crimes,” McEntee told RTÉ&rsquor;s Morning Ireland.

She added that the new legislation would “reflect the current context more accurately, including online hateful content.”

Irish laws do not specifically deal with hate crimes. However, judges are allowed to consider hate motives as aggravating factors. Generally, aggravated offenses have longer sentences.

The new law will create new and aggravated existing criminal offenses is the motivating factor of the offense is prejudice against any of the eight protected characteristics; gender (including gender identity), sexual orientation, race, color, national or ethnic origin, nationality, religion, and disability.

“There are people living in this country at this moment in time who are not living their lives as they should simply because of fear,” McEntee said.

“We all have a right to feel safe and to be safe but for somebody to feel unsafe simply because of who they are, so their race, their religion, the color of their skin, and their sexual orientation, it’s not a society that I want to live in, and it’s not what we should be tolerating.”

The proposed legislation, which the Justice Ministry has been working on since 2019, sets the threshold for criminal incitement to hatred as both intent and recklessness. Simply put, a person can be prosecuted for deliberately inciting hatred or considering their activities will incite hatred and going through with them anyway.

McEntee said that online platforms were “onboard” with the proposed law and were aware they would have to do more to remove harmful content.