Citizens will have to show a vaccine passport to have a job, if proposals go ahead.
Share 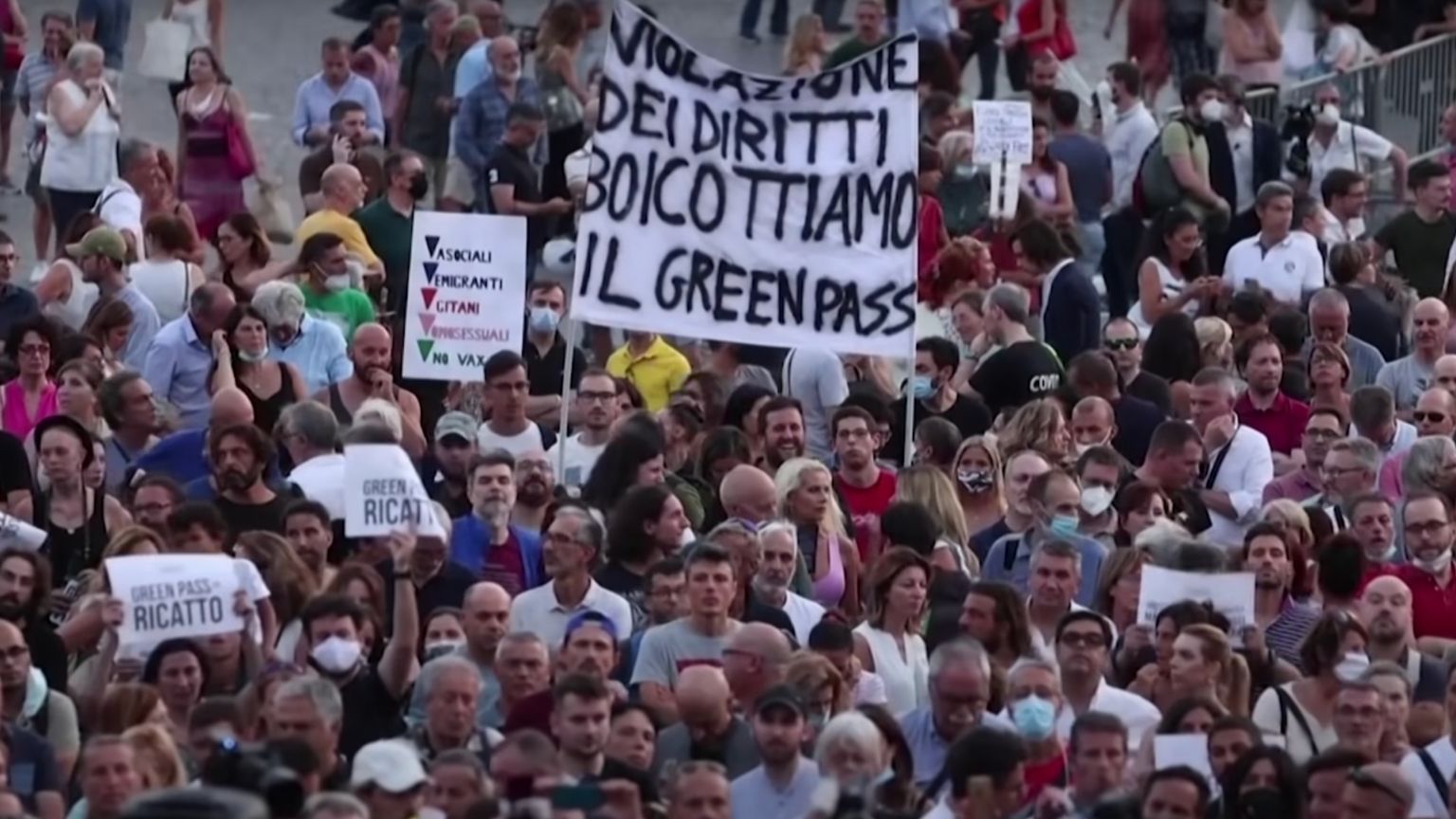 Following this week’s COVID-19 vaccine passport implementation for teachers in Italy, the nation will soon see the passports extended to all state workers, and eventually private sector workers, despite opposition from conservative leaders.

Premier Mario Draghi aims to expand the scheme to 1.2 million employees of local governments and ministries.

In light of cooler temperatures, the Italian government views the controversial passport as critical to containing COVID-19.

The start of the new school year at the beginning of this week was accompanied by a strict requirement for teachers to show proof of vaccination, that they have had the disease at some point or that they have tested negative in the past two days.

Many people already have to show a passport when traveling by long-distance train, going to the movie theater, or dining in an indoor restaurant. The passport is available through QR codes on a mobile phone.

Despite backing Draghi’s government, Giorgia Meloni’s opposition Brothers of Italy party and the League arty’s Matteo Salvini have encouraged opposition to the passports. Salvini has also opposed curfews, masks, and the closing of Italian restaurants.

Consequently, he is at odds with senior members of his party, including Giancarlo Giorgetti, who believes both schemes should be enacted.

Giorgetti said: “Companies need to guarantee the safety of their staff. Being in the government means taking responsibilities and making decisions, even if some are not happy.”

The League officials, who are in charge of many northern regions, are more in tune with business owners who believe the passports would avoid additional lockdowns.

Regional Affairs Minister Mariastella Gelmini said on state radio this week that a cabinet meeting on Thursday would be “an important moment” in extending the mandatory use of the document.

“We are heading towards a mandatory Green Pass not only for public sector workers but also private sector ones,” she told RAI radio.