O'Keefe was banned in the middle of an exposé into bias at CNN.
Share

“I am suing Twitter for defamation because they said I… ‘operated fake accounts,'” O&rsquor;Keefe said in a statement. “This is false, this is defamatory, and they will pay. Section 230 may have protected them before, but it will not protect them from me.”

The complaint was filed today and we&rsquor;re providing a copy of it for you here.

Project Veritas is known for the clandestine recording of people to expose dishonesty and corruption in powerful organizations such as the media and Big Tech.

The Project Veritas account had already been suspended by Twitter earlier this year for a video confronting Facebook’s Vice President of Integrity at his home about political bias the platform had been partaking in. Twitter said the confrontation video showed “private information.”

In the lawsuit, Twitter covered the banning of the Project Veritas account, highlighting how CNN confronting someone on their doorstep didn&rsquor;t result in a Twitter ban.

Twitter offered no explanation of why this video/tweet supposedly violated this policy. The video depicted nothing more than the reporters asking Mr. Rosen questions which he refused to answer. No personal information of Mr. Rosen (or anyone else for that matter) was disclosed. Though the video briefly showed the house number of the residence in the video, it did not show the street, city, or even state in which the house was located.

The complaint then accuses Twitter of treating media giant CNN, the target of his most recent investigations, differently.

“Indeed, CNN had done the same thing on a video tweet with over 2.2 million views in which CNN reporter Drew Griffin confronted a private individual, accused her of spreading Russian disinformation, and exposed her private residential address for the world to see…CNN and its tweet showing the address of this private individual remains active on Twitter to this day.” 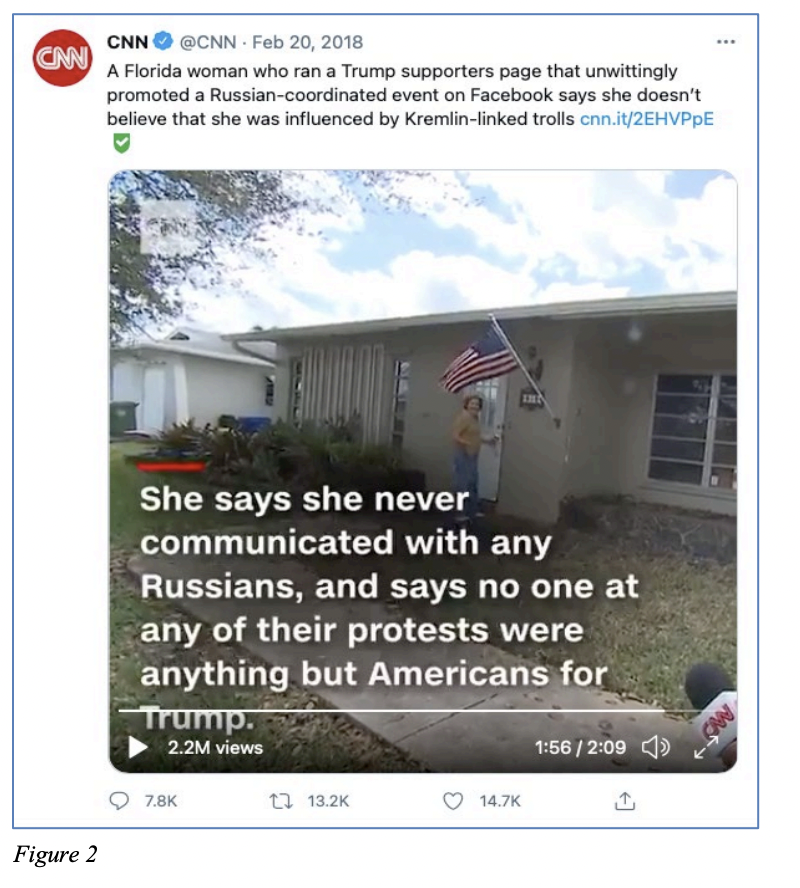 “The account you referenced (@JamesOKeefeIII) was permanently suspended for violating the Twitter Rules on platform manipulation and spam,” a Twitter spokesperson said in a statement at the time of the ban. 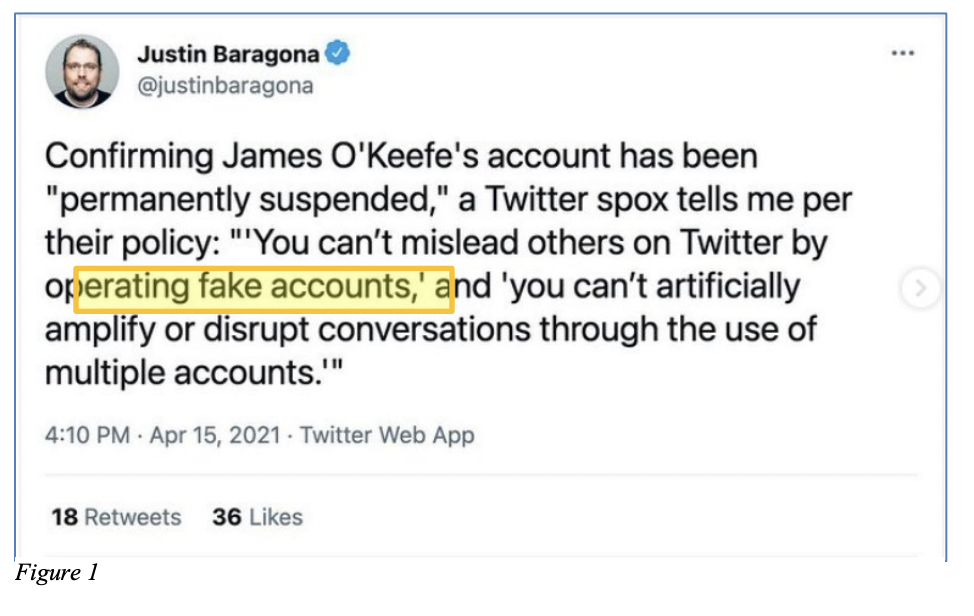 “As outlined in our policy on platform manipulation and spam, ‘You can&rsquor;t mislead others on Twitter by operating fake accounts,&rsquor; and ‘you can&rsquor;t artificially amplify or disrupt conversations through the use of multiple accounts.'”

Project Veritas had been targeting CNN with its hidden camera videos, with the recent one featuring CNN’s technical director Charlie Chester admitting that the network uses fear to boost ratings. Chester also said that CNN tends not to report on news stories that go against the narrative it wants to promote.

“Beginning on April 13, 2021, Project Veritas published, on its own website, as well as all major social media sites, a series of undercover reporting videos and reports concerning the political reporting of CNN,” the complaint reads.

“In these videos, a CNN technical director appears to admit that CNN used misleading reporting techniques and purposefully manipulated its reporting to harm the political prospects of former President Donald Trump in the 2020 presidential campaign. The CNN employee called CNN’s own coverage ‘propaganda,&rsquor; claiming ‘fear sells&rsquor; and noting CNN’s coverage follows the adage ‘if it bleeds it leads.&rsquor;

“Within hours of being published, the videos were trending #2 on Twitter in the United States, with hundreds of thousands of people tweeting about them. As of the filing of this complaint, the videos have already been seen and shared by millions around the globe, and have been covered by major media around the globe including Newsweek, Politico, Business Insider, Yahoo News, Daily Mail, FoxNews, and Forbes, among others,” it continues.

In the complaint, O&rsquor;Keefe then accuses Twitter of lying when it said that he had been operating fake accounts. “After suspending Mr. O’Keefe’s personal Twitter account on April 15, Twitter, through an unnamed spokesperson, disseminated to media outlets the provably false statement that Mr. O’Keefe was ‘operating fake [Twitter] accounts.'”

O&rsquor;Keefe also alleged that Twitter gave these statements to the media before informing him of the reason for suspending his account: “Notably, Twitter made these public statements to third parties more than half an hour before communicating this information to Mr. O’Keefe.”

O&rsquor;Keefe then says that, “Twitter’s claim that Mr. O’Keefe “misle[]d others on Twitter by operating fake accounts” is “false and defamatory,” and accuses Twitter of lying.

“As is relevant to Twitter’s false claim, Mr. O’Keefe only ever used his personal account to tweet links to the Project Veritas reports about CNN, as did many thousands of other Twitter users,” he goes on to say.

O&rsquor;Keefe then outlined the damage that he says Twitter&rsquor;s statements cause to his credibility as a reporter of truth.

“By accusing Mr. O’Keefe of ‘operating fake accounts,&rsquor; Twitter was directly attacking Mr. O’Keefe’s fitness for his profession by accusing him of ‘misleading others&rsquor; and by effectively running a disinformation outlet akin to the much-discussed ‘Russian interference&rsquor;/disinformation bots that plagued the 2016 election and which inspired some political operatives to engage in similar tactics in 2017.”

O’Keefe also said that his group will “launch a division for lawsuits” to “represent others in defamation suits against CNN.” He is confident because his group has “won every lawsuit we’ve litigated.”