Fair use is a principle in copyright law that allows people to use copyrighted material without permission from copyright holders based on four factors which include whether their use was “transformative” and added new expression or meaning to the original work.

But because fair use ultimately has to be decided in court under the current Digital Millennium Copyright Act (DMCA), copyright holders can still abuse the system to censor critical content that meets the factors for fair use and force content creators to challenge the takedown via what is often a lengthly and costly lawsuit.

Today, video game critic Jed Whitaker filed multiple DMCA claims to remove Twitter and YouTube video clips of him joking about rape and saying the N-word during a live stream and, in doing so, highlighted how the flawed DMCA takedown process makes it easy for people to remove content they don’t want others to see.

Whitaker started by filing copyright claims on several Twitter video clips from his live stream that had been posted by journalist Sophia Narwitz. 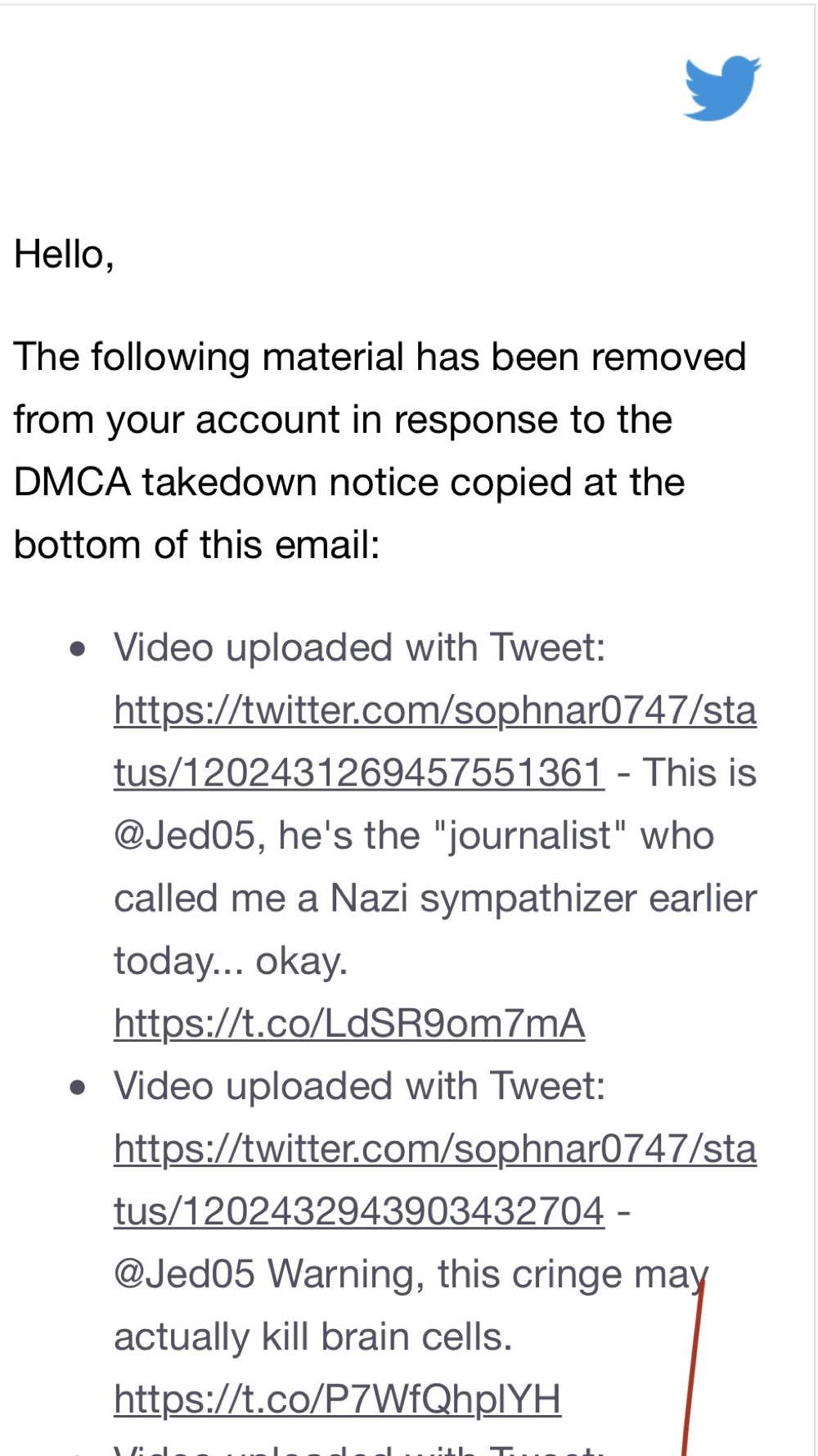 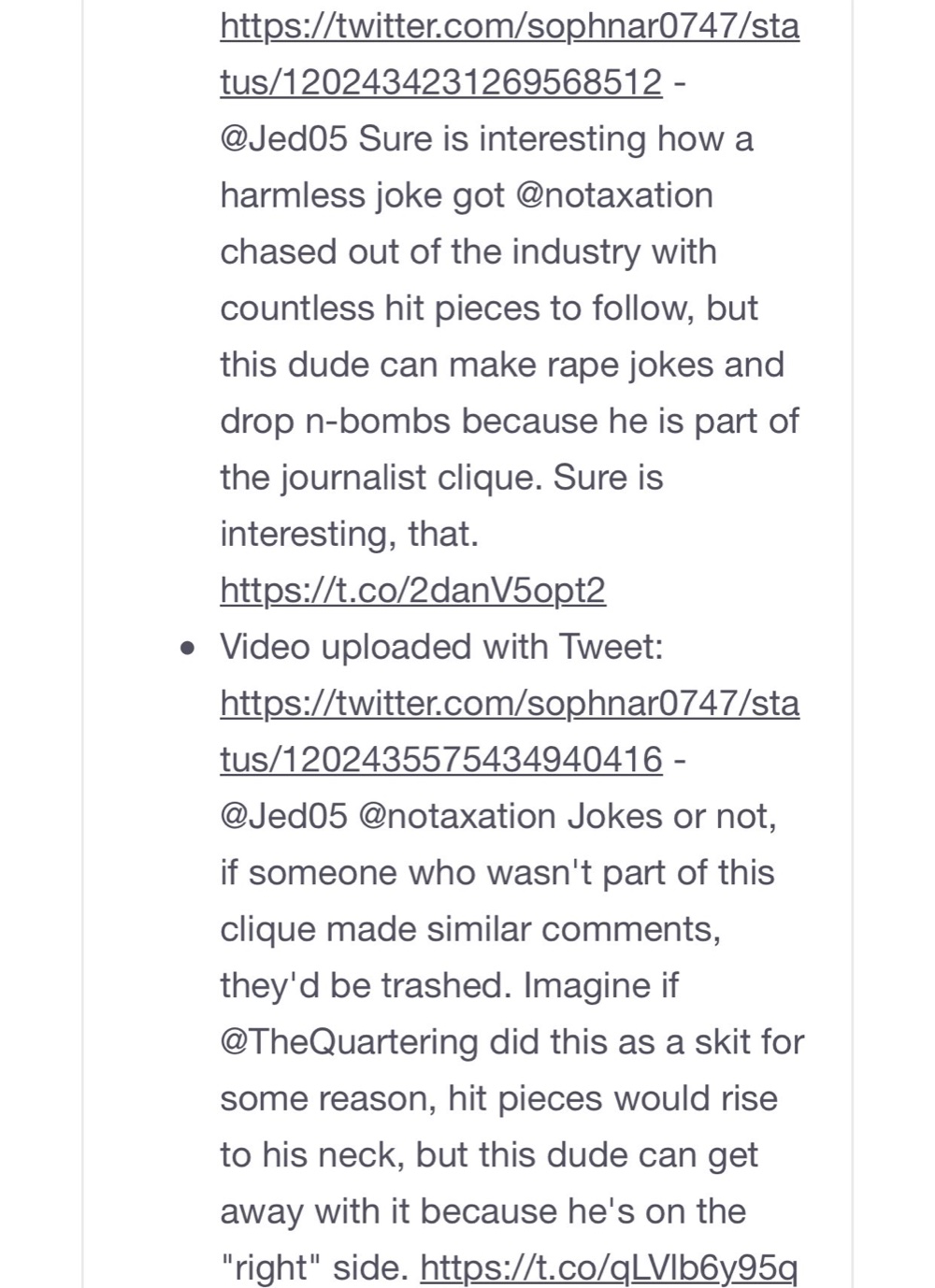 Narwitz had taken clips from a longer YouTube video of Whitaker where he plays Plants vs Zombies Garden Warfare and jokes “sometimes you get raped back when you’re trying to rape,” “now they’re officially dead because I raped them and raping death is funny,” and “suck my roots n****r…I’m just kidding… I love black people… I didn’t mean that as a racist thing… it is a joke hahaha, it is funny… as long as I say it as a joke, then it is funny.”

Whitaker describes the original YouTube video as “a satire video of me playing a video game.” 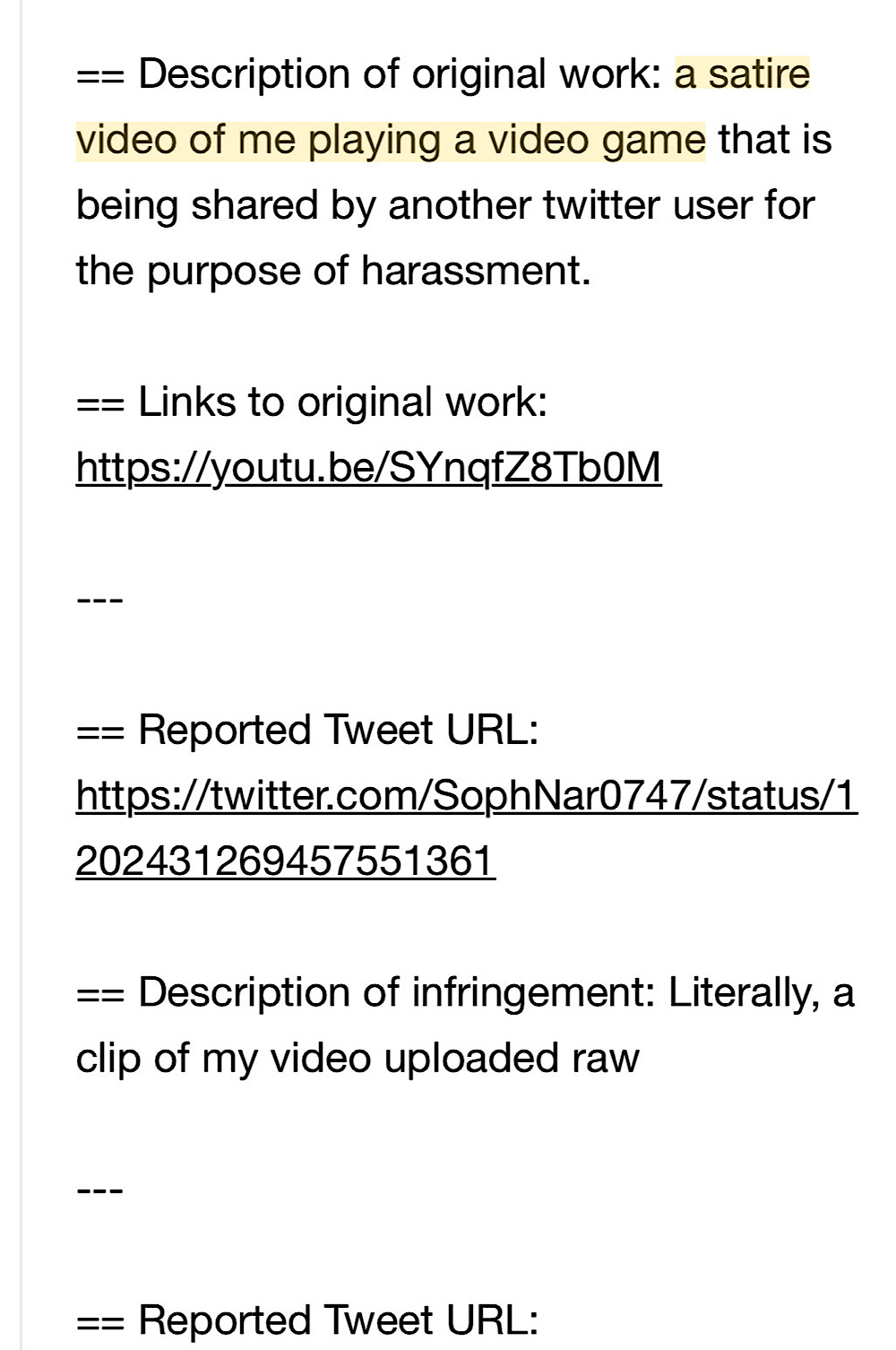 Narwitz had transformed the purpose of this original YouTube video by using clips to point to a “journalist clique” where she described Whitaker getting a pass to “make rape jokes and drop n-bombs” because he’s “on the ‘right’ side.” 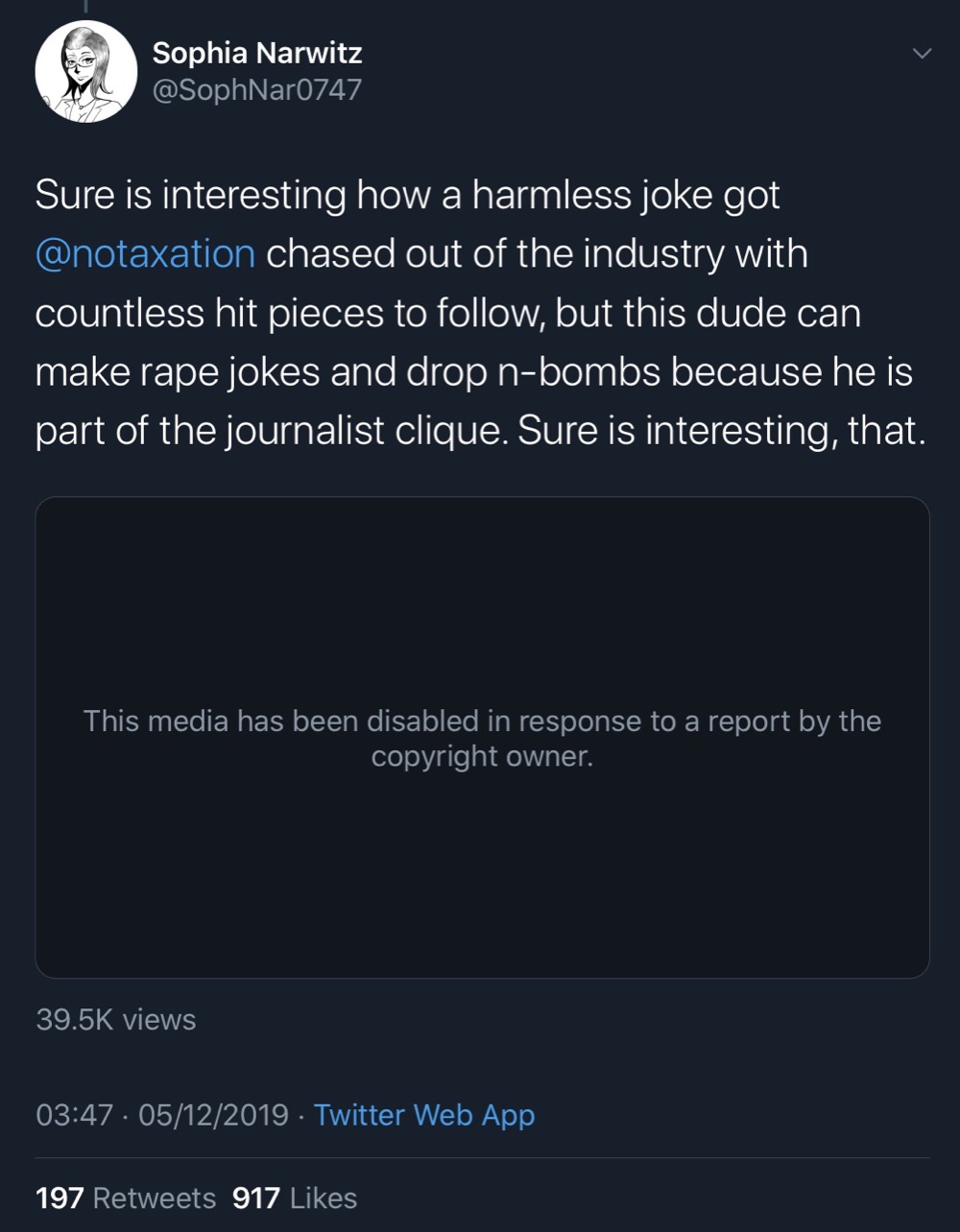 Earlier this year, a judge ruled that a similar use of clips in political commentator Carl “Sargon of Akkad” Benjamin’s “SJW Levels of Awareness” YouTube video had easily met all four factors for fair use.

In this instance, Benjamin had taken clips from YouTuber Akilah Hughes’ video “We Thought She Would Win,” which documented Hillary Clinton’s defeat to Donald Trump in the 2016 US presidential election, and transformed the purpose of these clips by depicting moments from the original work to “exemplify Hughes’s political identity and lack of awareness.”

But while this recent case points toward Narwitz’ use of these Twitter clips being fair use, it would ultimately have to be decided in court under the current system.

After Narwitz had her Twitter videos taken down, she linked to a YouTube video containing the clip of Whitaker’s comments but a few hours later, this video was also taken down after a copyright claim from Whitaker.

The takedown of these videos is the latest of many examples of the DMCA being used to censor videos that people and companies don’t want others to see.

Last month, filmmaker Michael Moore’s documentary Planet of The Humans was censored on YouTube after a copyright claim on 4 seconds of footage in the 1 hour 40 minute documentary led to the entire thing being removed.

The documentary’s producer Jeff Gibbs asserted that this copyright claim was “a blatant act of censorship by political critics of Planet of The Humans.”

Sony also abused DMCA reporting systems to censor content discussing and referencing the April 27 The Last of Us 2 leaks throughout May with some of these DMCA takedown notices even being used to remove content that doesn’t contain any footage or screenshots from the leaks.