Marbles has been made to feel bad about her past humorous videos.
Share

Since uploading her first video in 2010, YouTuber Jenna Marbles has gained more than 20 million subscribers, billions of views, and has been lauded by many fans for her wholesome content. But even as one of YouTube’s most beloved and longstanding stars, Jenna Marbles was unable to avoid the pressures of cancel culture.

In an 11 minute video, Jenna Marbles spoke about today’s environment where “we’re at a time where we are purging ourselves of anything and everything toxic.”

She also discussed her approach to creating content which is to “try to make fun content, inclusive content, things that don’t offend people or upset people.”

Yet even with this approach to content, some people still dug through Jenna Marbles’ past videos, and found a couple of almost decade old videos to be offended about.

“I think there was a time when having all that old content exist on the internet showed how much I had grown up as a person which I am very proud of and I think now, it’s hard for that content to exist at all because I think people watch it and don’t bother look at when it was posted or look at what path I took to get to where I am,” Jenna Marbles said. “It offends them now. And if that’s the case, where people will watch something and be offended now, I don’t want it to exist.”

She then went on to describe the impossible standard that a small segment of social media users now expect content creators to meet.

“I just don’t want anyone to feel upset about anything, I don’t want to contribute to that,” Jenna Marbles said. “I don’t want someone to watch something or feel hurt or offended now for any reason at all.”

Next, Jenna Marbles addressed two of her old videos that some people were offended by – a 2011 video where she did an impression of rapper Nicki Minaj while wearing heavy tan (which some social media users responded to by accusing her of doing blackface) and a 2011 rap video where she said the line “hey ching chong wing wong, shake your King Kong ding dong, sorry that was racist, I’m bad a rap songs.”

In a reflection of how extreme cancel culture has become, Jenna Marbles then apologized for videos that no one was demanding an apology for but that she felt she needed to put on her tab and for anyone that she follows on Twitter who gets accused of being “racist” or having done “terrible things” by others.

“I’m just trying my best,” Jenna Marbles said. “As someone clearly with their own past that they’re not proud of, I do just try to see people for who they are right now, today, and that they’re not defined by their past.”

Jenna Marbles finished the video by thanking her fans for their support and announcing that she would be quitting YouTube indefinitely:

“I don’t know if that’s forever. I don’t know how long it’s gonna be. I just wanna make sure that the things that I put into the world are not hurting anyone and yeah, I’m just gonna stop for now or forever.”

The announcement has sent shockwaves through the YouTube community with fans and creators seeing the announcement as a sign that cancel culture has gone too far and needs to end. 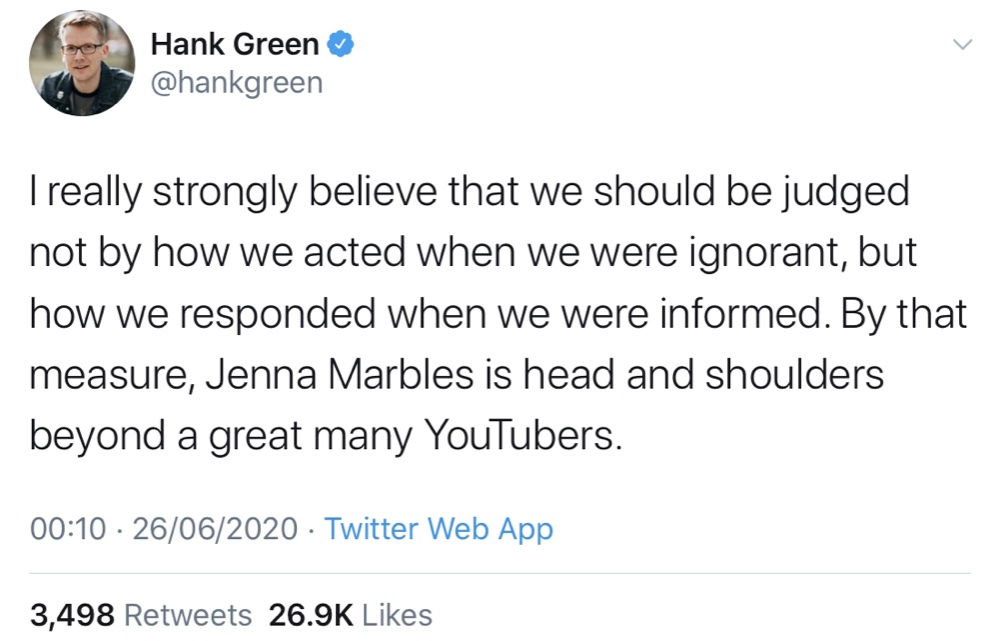 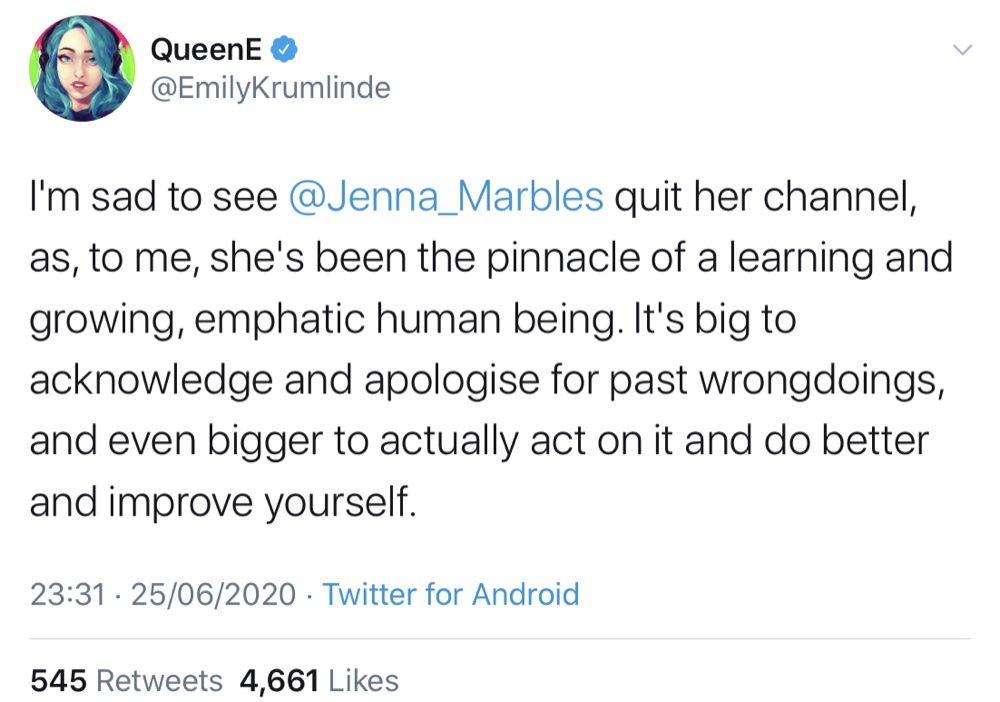 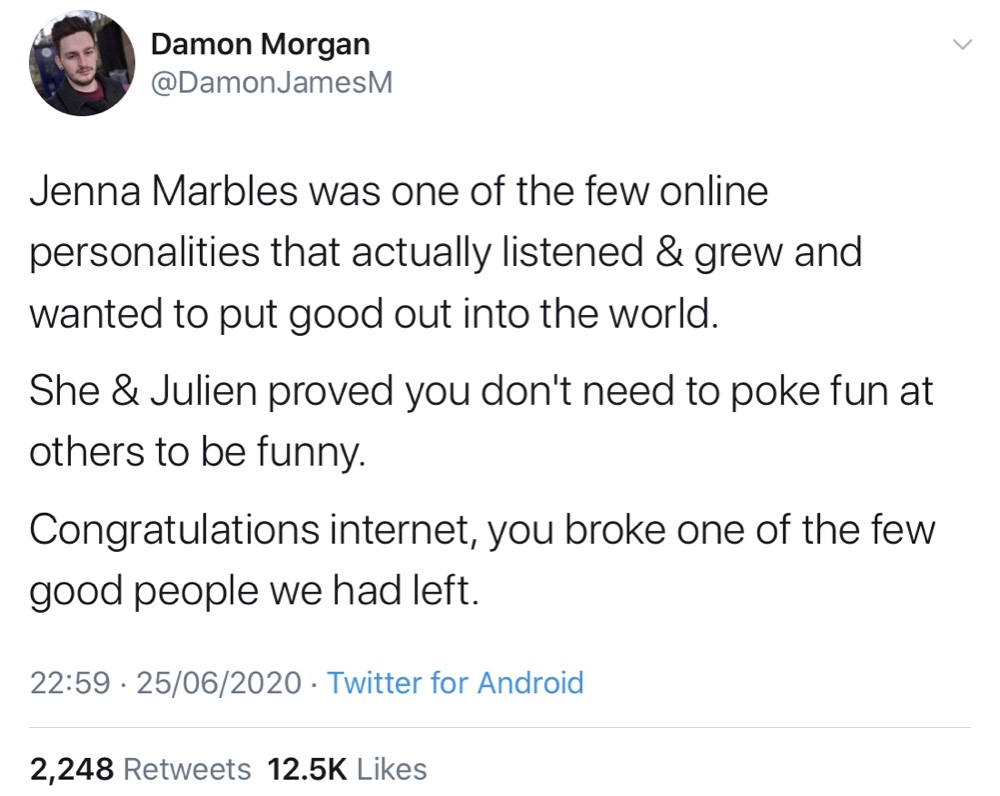 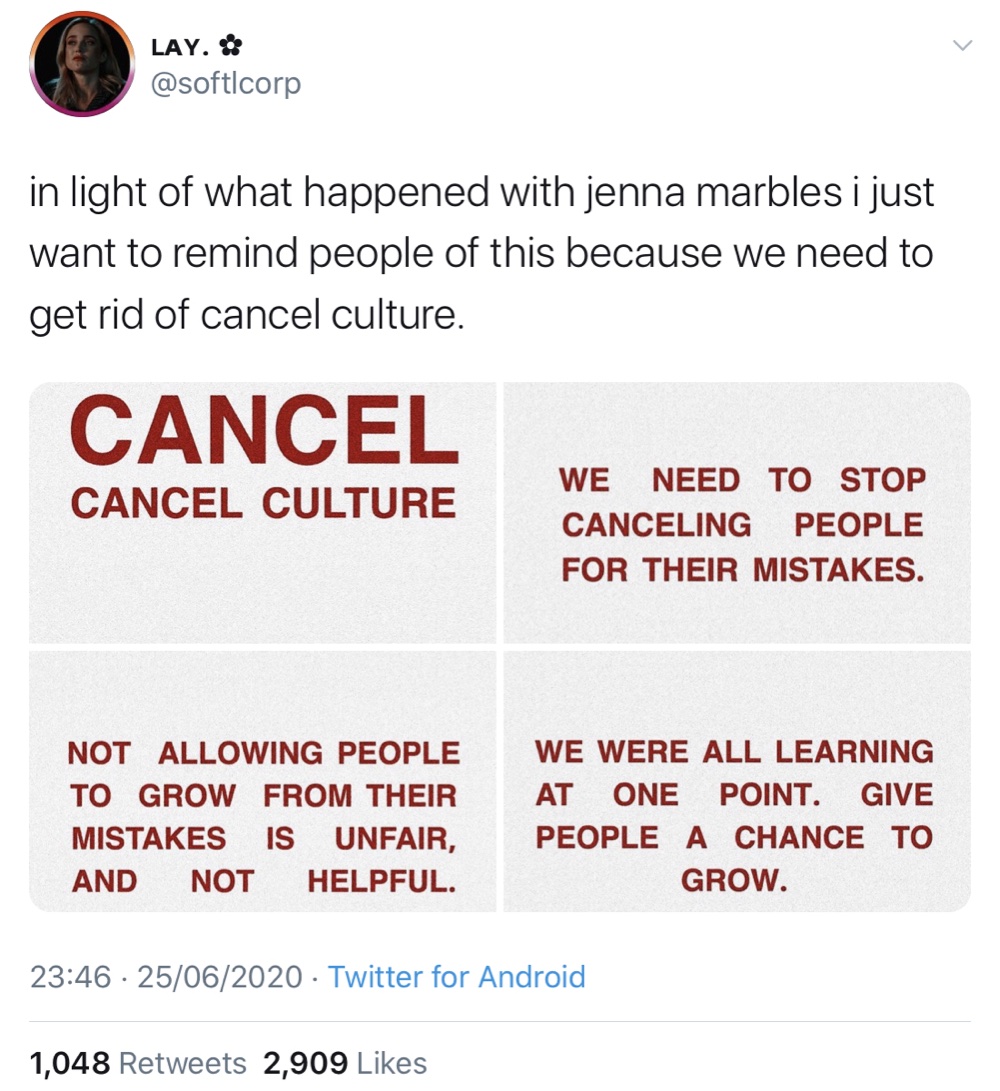 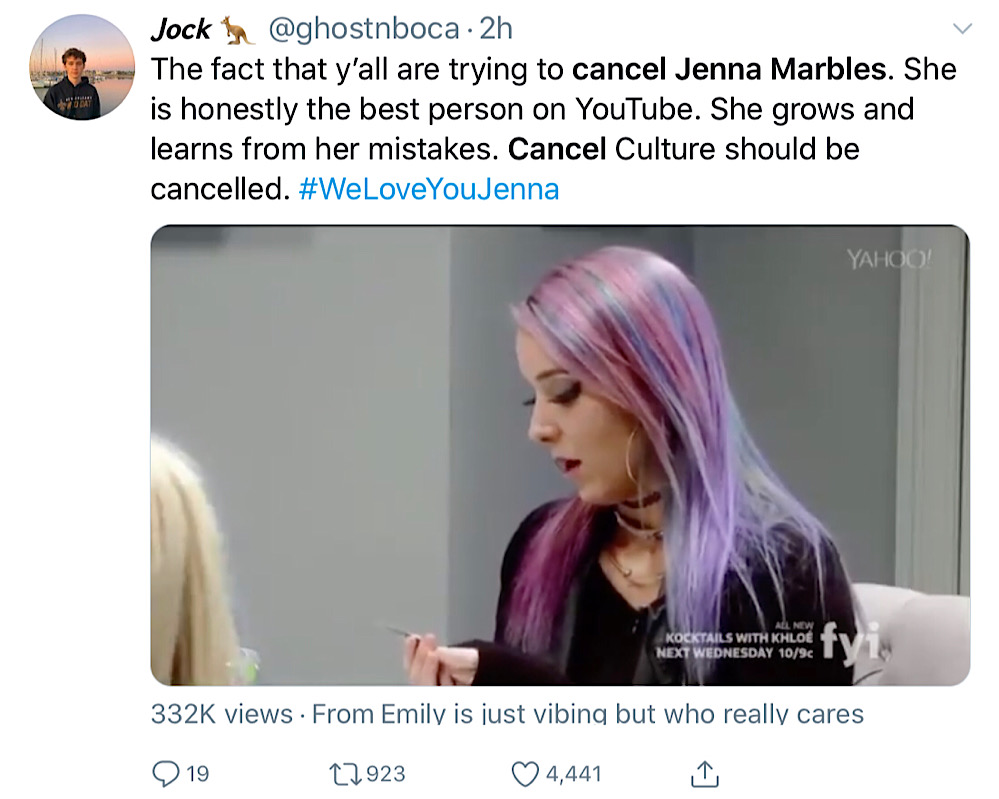 Yet in today’s environment where everything is being canceled, censored, or having “sensitivity warnings” added, it remains to be seen whether Jenna Marbles’ announcement will buck the existing cancel culture trend which is destroying everything in its path.