Around 70 more Joe Rogan episodes have disappeared from Spotify 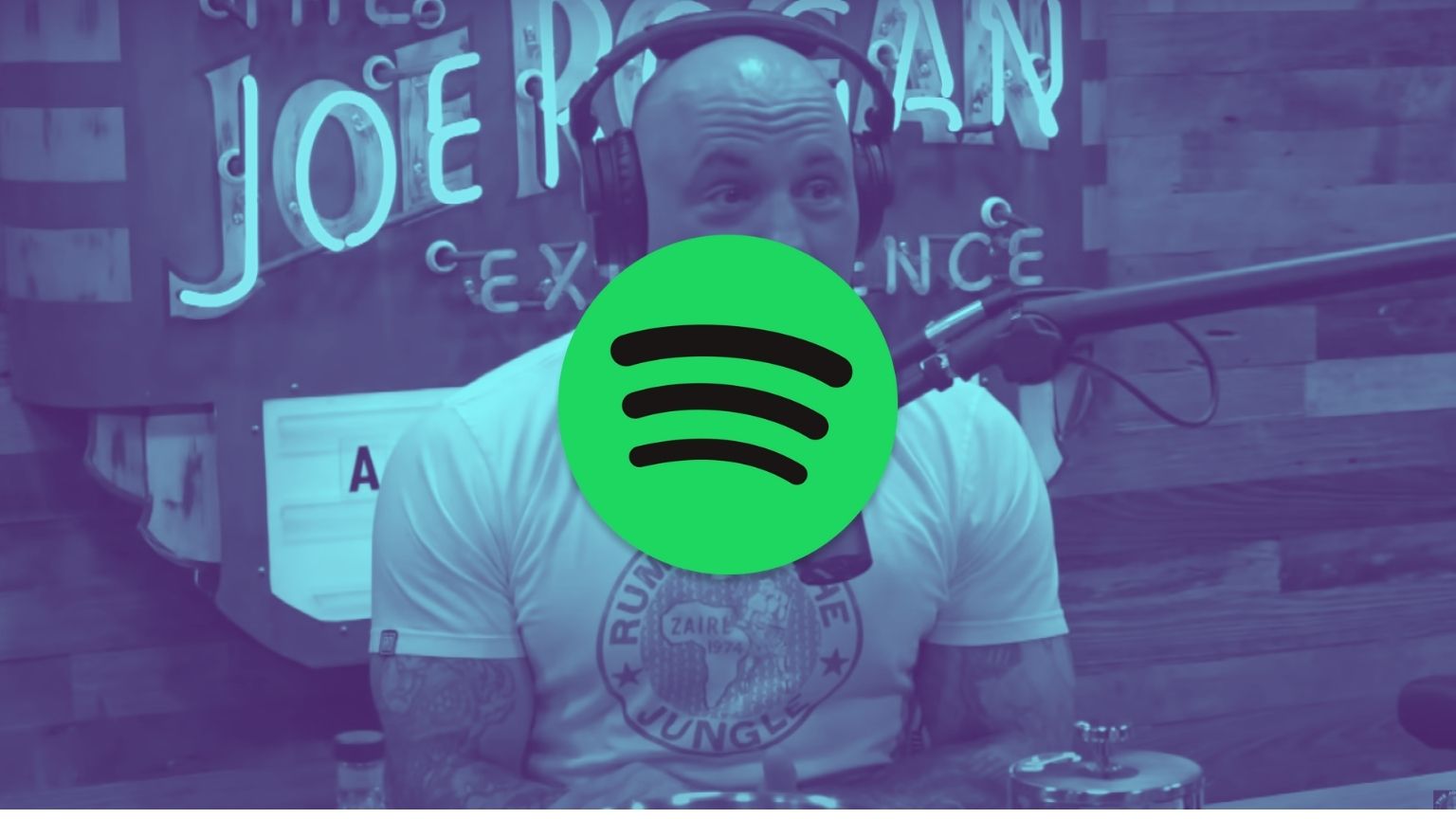 Around 70 episodes of the Joe Rogan Experience have today disappeared, according to JREMissing, a tool that uses the Spotify API to detect episode deletions.

Reclaim The Net has confirmed that the episodes have indeed been deleted at the time of writing.

Related: Spotify is not a free speech platform 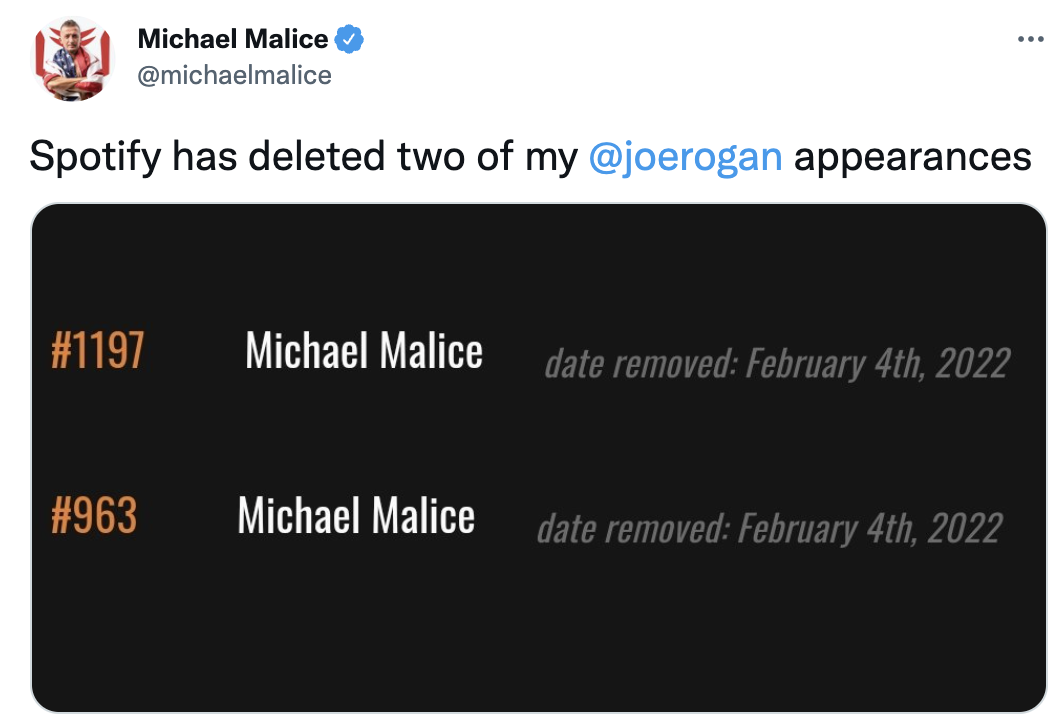 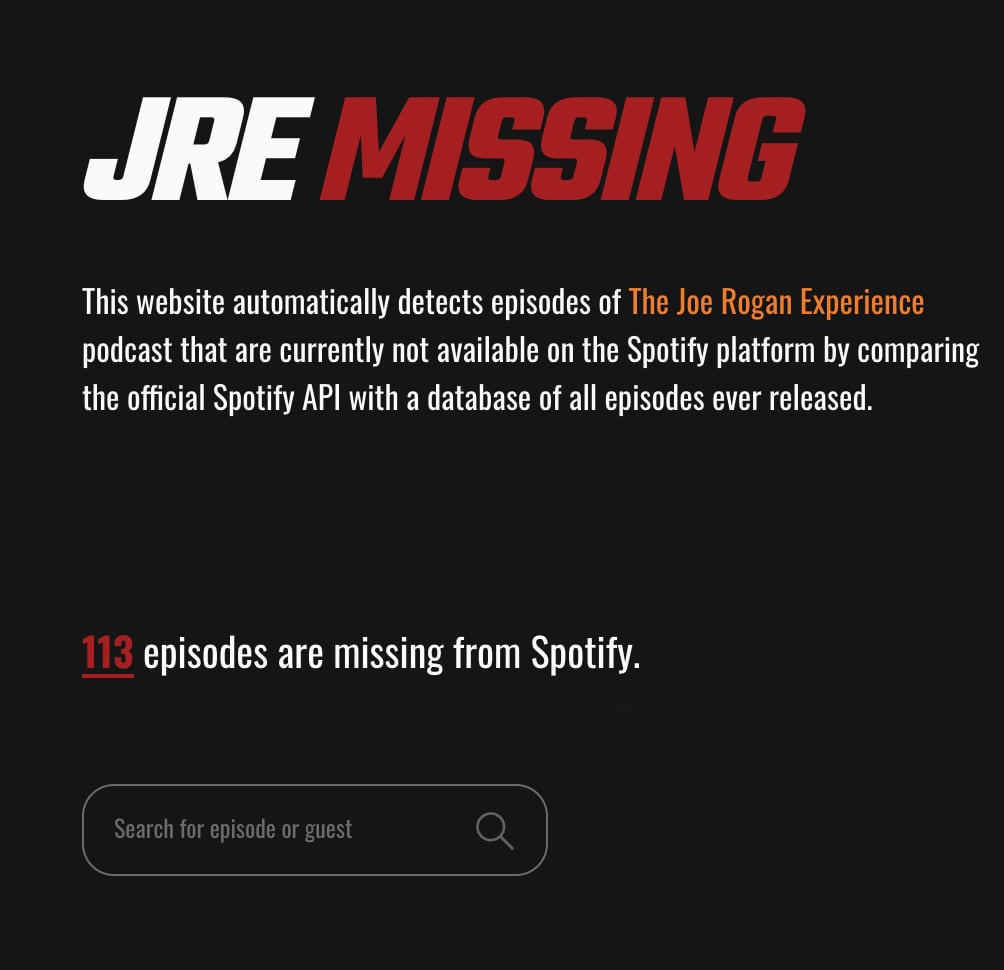 The deleted episodes are separate from the batch of episodes that Spotify deleted when Rogan first joined the platform on an exclusive basis.

Spotify has yet to confirm if the deletions are intentional and has put out no statement on the matter.

Joe Rogan has been a target of outrage in recent weeks, with demands for censorship coming from Twitter all the way to the White House. The legacy media accuses Rogan of promoting “misinformation” about the Covid-19 vaccines for interviewing doctors who disagree with mandates and promote early treatments for Covid-19.

Rogan went on Instagram Saturday to discuss the content of some old episodes, addressing two videos on social media of him saying the n-word and another where he described a black neighborhood as being similar to the Planet of the Apes movie.

Late on Saturday night, Rogan posted a video on Instagram, commenting on some old episodes, particularly addressing two episodes that featured the n-word and other references that many are calling racist. However, Rogan didn’t comment about why over 70 videos had been removed.

“Hello friends. I’m making this video to talk about the most regretful and shameful thing that I’ve ever had to talk about publicly. There’s a video that’s out. That’s a compilation of me saying the N word. It’s a video that’s made of clips taken out of context of meeting. 12 years of conversations on my podcast and it’s all smushed together and it looks fucking horrible, even to me.

Now I know that to most people, there is no context where a white person is ever allowed to say that word, nevermind, publicly on a podcast. And I agree with that now. I haven’t said it in years, but for a long time, when I would bring that word up, like if it would come up in conversation and say instead of saying the N word, I would just say the word. I thought, as long as it was in context, people would understand what I was doing.

Like that context was part of the clip. We were talking about Red Fox, how Red Fox said that word on television in the 1970s, and how times have changed so much since. Or about how Richard Pryor used it as one of the titles of one of his albums, or I was quoting a Lenny Bruce bit, or I was quoting a Paul Mooney bid, or I was talking about Quintin Tarantino used it repeatedly in Pulp Fiction.

Or I was talking about how a Netflix executive ironically used it because he was trying to compare it to another offensive word. And he said it out loud and they fired him. Not calling anybody – just saying the word out loud. I was also talking about how there’s not another word like it in the entire English language, because it’s a word where only one group of people is allowed to use it and they can use it in so many different ways.

Like if a white person says that word it’s racist and toxic. But a black person can use it and it can be a punchline. It can be a term of endearment. It could be lyrics to a rap song. It could be a positive affirmation. It’s a very unusual word, but it’s not my word to use. I’m well aware of that now, but for years I used it in that manner.

I never used it to be racist because I’m not racist, but whenever you’re in a situation where you have to say, ‘I’m not racist’. You fucked up. And I clearly have fucked up. And that’s my intention to express myself in this video to say, there’s nothing I can do to take that back. I wish I could, obviously that’s not possible.

I do hope that if anything, that this can be a teachable moment because I never thought it would ever be taken out of context and putting a video like that. And now that it is holy shit, it looks bad. And it it’s part of also me doing this podcast for thousands of hours, thousands of episodes over 12 years, I said a lot of fucking stupid shit, which is fine when you’re talking about most things, but not when you’re talking about race.”

Rogan then went on to talk about an clip that some people have been posting, where a comment about going to see Planet of The Apes was being shared in a way he says was taken out of context.

The full video is below: