Boebert has been sued for allegedly violating the First Amendment.
Share

Anybody using Twitter must by now be aware of how much song and dance the social platform makes of its fine-grained, sometimes to the point of ridiculous, control it says it wants to give users in what they should and should not see, respond to, or interact with others using the same platform.

Channeling and streamlining users into a particular political point of view has become the social network&rsquor;s calling card in the past year or so – culminating with the recent banning of the account of a sitting US president.

But while actively censoring conservative content, Twitter is still – unsurprisingly, yet in some ever surprising new ways – seen as “not doing enough” by some Democrats.

In other words – removing content and users on Twitter they disapprove of and don&rsquor;t want to see is not enough.

The next step was former Democrat representative from Garfield County, Colorado, Bri Buentello also wanting to mandate that social network forces those like Congresswoman Lauren Boebert – to have to endure their Twitter content – despite Twitter&rsquor;s own rules apparently giving users a rather wide berth when it comes to what they do, and do not want to see on the platform.

In fact, Buentello sued Boebert earlier in the year for blocking her from the latter&rsquor;s account. It came after Buentello tried to use Twitter to pressure the representative to step down in the wake of the January Capitol Hill protest.

The reason for Buentello to send out a tweet was to accuse Boebert of having something to do with inciting the riot. She thought the accusation was “potentially” true. The result, however, was Buentello getting blocked from Boebert&rsquor;s Twitter account. 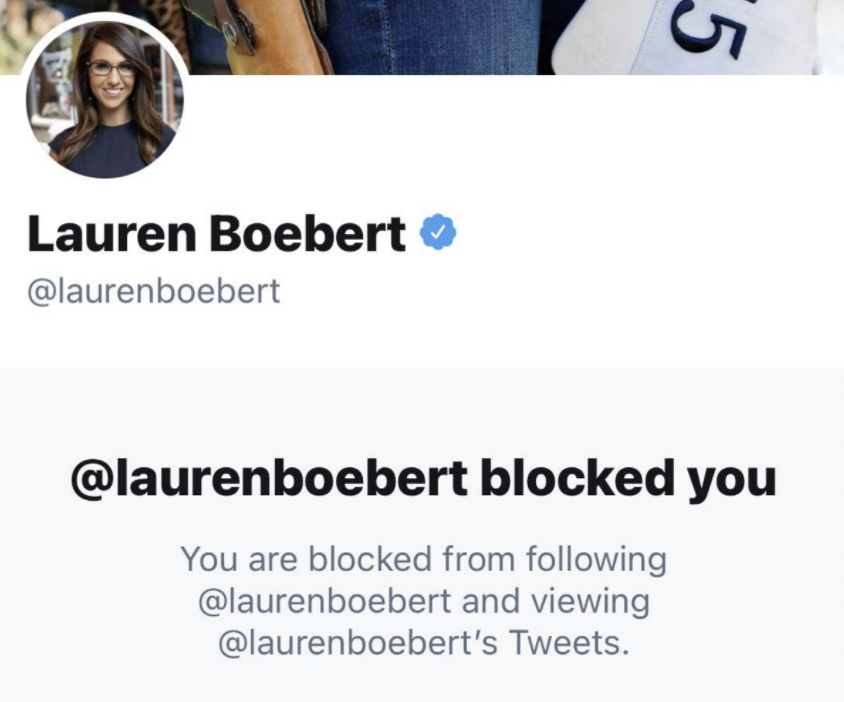 However, instead of arguing this speculative point, Boebert&rsquor;s lawyers decided to fight off the lawsuit simply by saying Buentello&rsquor;s lawsuit ignored the difference between the representative&rsquor;s private and official Twitter accounts, therefore making Boebert legally exempt from any effort to prosecute their client for any posts made on an internet service provider like Twitter – as long as they had been made in her personal capacity.