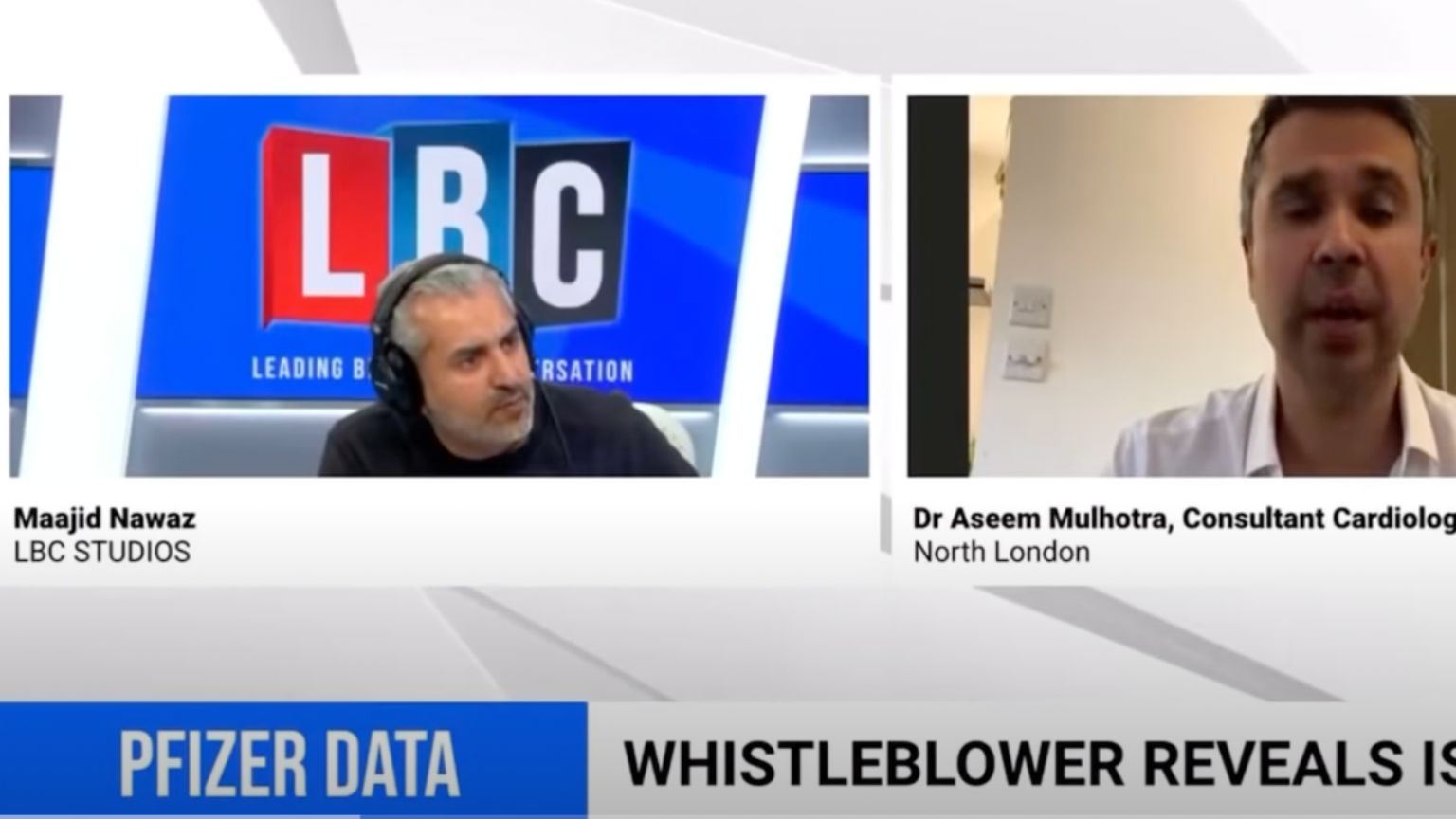 LinkedIn has decided that a video about the efficacy of Covid vaccines, originally posted on YouTube and featuring Dr. Aseem Malhotra was violating its “professional community policies.”

Interviewer Maajid Nawaz posted a screenshot of the message he received from LinkedIn on Facebook, informing him of the removal and that only he can now see the post. 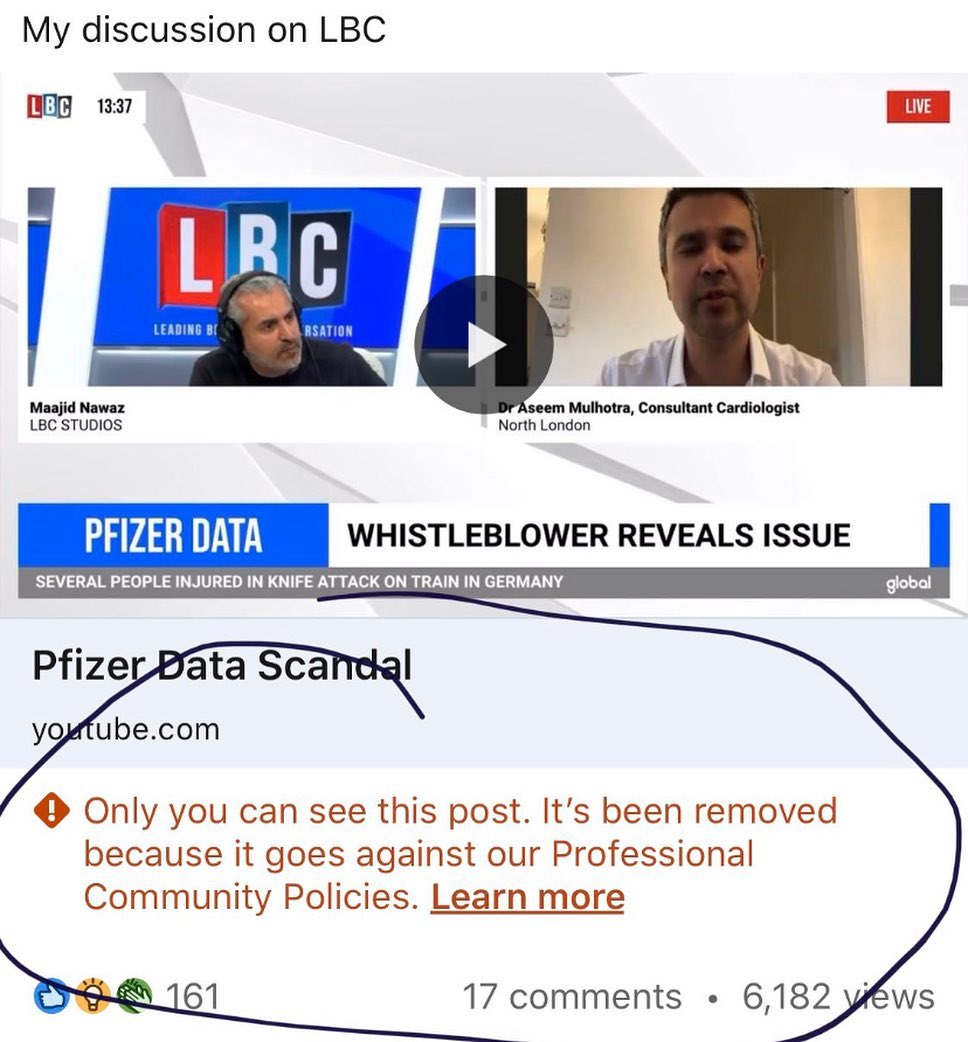 No other details for the censorship were given, other than a link presumably leading to LinkedIn’s policy page which requires users to be “safe, civil and respectful,” trustworthy by using their real identity and sharing “real and authentic” information, as well as make sure the content users posts is professionally relevant.

The video, which is still available on YouTube as of this writing, features Dr. Malhotra interviewed on the LBC talk radio station, posted under the headline, “Pfizer data scandal.”

Dr. Malhotra’s conversation with LBC’s Maajid Nawaz shown in the video focused on vaccine mandates, which he believes to be unethical, and the cardiologist’s belief that the healthcare crisis is the result of what he called “the corporate capture of public health.”

Dr. Malhotra also does not think that getting the jab has proved to significantly reduce transmission of the virus, he revealed during the interview, accusing Big Food and Big Pharma industries of chasing profits rather than looking for ways to improve health, and as more willing to pay billions in fines over the years, than changing their way of doing business.

He also commented on a whistleblower revealing that a Pfizer contractor was falsifying Covid vaccine trials data, which would mean that the effectiveness of the vaccine might have been overstated.

Speaking more broadly about the problem in the pharmaceutical industry and in the healthcare system, Malhotra said that clinical decisions are made on what he said were incomplete, biased, “and in many cases potentially corrupted data.”

The doctor also revealed that he was vaccinated with both doses earlier in the year believing he was protecting his patients from getting infected by him – but that he now thinks this belief was false.

“What’s now very very clear, as this data’s evolving,” Malhotra said, “is that there’s no significant reduction in transmission from taking the vaccine.”

However, he also noted that he thinks there is valid data showing the vaccine does prevent serious illness and death – but that healthy and young individuals likely don’t benefit from it.