Di Stefano was in support of social media censorship at Buzzfeed before joining FT.
Share

An established but obviously thirsty and hungry UK news outlet like the Financial Times (FT), might have at first thought they scored big when one of their reporters apparently listened-in to rivals&rsquor; Zoom calls uninvited, and then revealed their rivals&rsquor; sensitive professional and personal information related to the corona crisis.

But in the end, it turned into one huge embarrassing episode that FT got itself involved in, as a consequence of hiring a former Buzzfeed reporter named Mark Di Stefano.

In FT&rsquor;s mind, adding a bit of hot listicle blood to the old, crusty establishment must&rsquor;ve seemed like the best idea ever, way back when.

But now – it turns out it&rsquor;s all sorts of bad to have a “journalist” on staff “accessing” – i.e., snooping on private video calls by rival UK media outlets, The Independent and The Evening Standard in this case – just as people on their payroll were learning “how measures introduced because of the coronavirus pandemic would affect them.”

The Independent, one of the victims here, has the whole story.

How did those measures go? Tl;dr: NOT WELL.

But also, the same might go for Di Stefano, who is now “suspended” for his allegedly unethical “journalistic” ways of sneakily listening in on a private Zoom call for rival outlets, and getting a “scoop” about the struggles the outlet were having with the economic downturn.

Di Stefano, though, is not just any anonymous snooper out there – his previous Buzzfeed handiwork is quite impressive.

There, he “gained a reputation as a quick source of media news and gossip, breaking stories to his 100,000 followers on Twitter.”

Many of those stories have involved reporting on when he thinks comedians have gone against the rules of the big tech overlords.

One of those stories was a part of the US corporate media pile-up on conservative comedian and commentator Steven Crowder.

(What click. What bait. And how revealing of the publishing industry, that the likes of FT would ever think they needed to add this to their staff.) 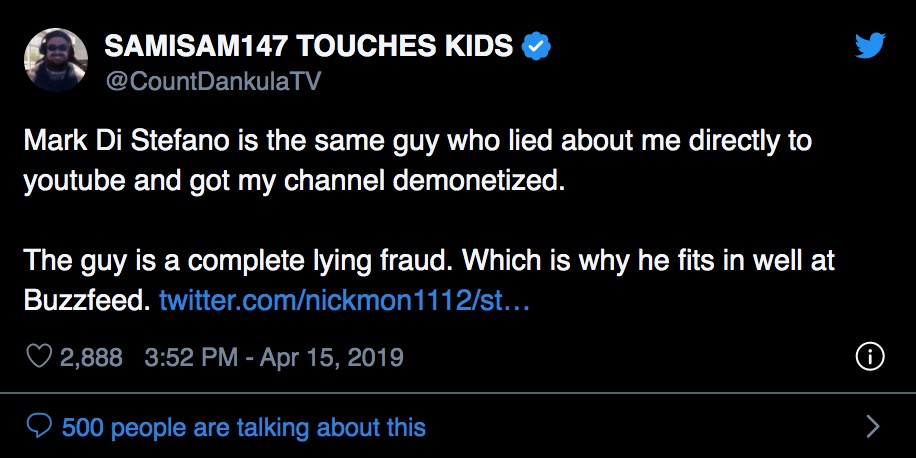