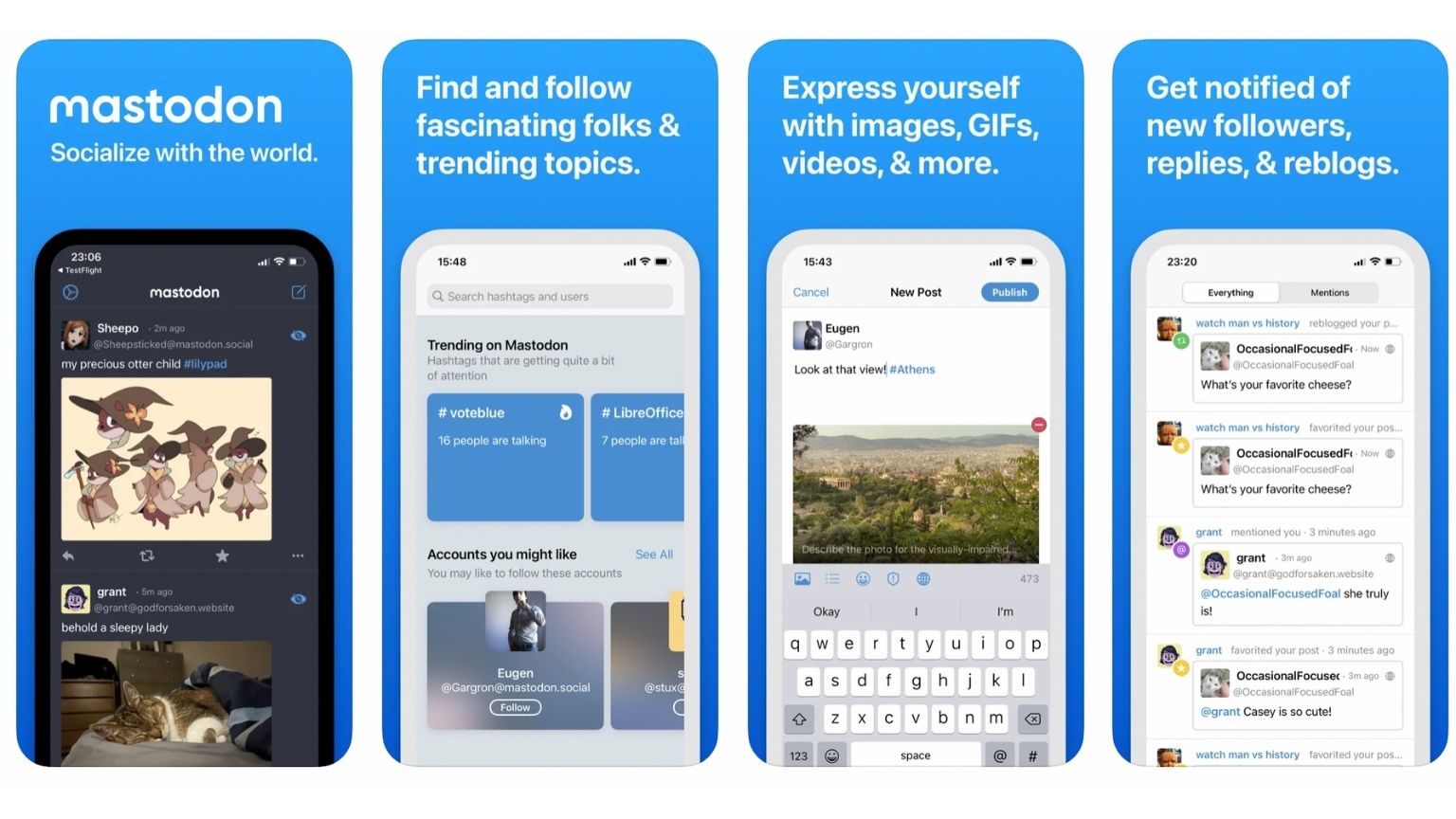 The iOS app will allow users of Mastodon nodes to join and use the service more easily, choosing it as an alternative to centralized social sites like Twitter or Facebook.

While allowing separate instances that can still interact with one another is a major feature distinguishing it from the likes of Twitter, another is that Mastodon provides an open API allowing for independent, third party clients to spring up.

The official app for Apple devices, just like Mastodon itself, is free and open source (FOSS), meaning that the code is publicly available, and the project is a typical FOSS community product that relies on support from that community and doesn&rsquor;t involve “advertising, venture capital investments or monetizing.”

And even though all these points will be recognized as advantages by those worried about the state and the direction of Big Tech&rsquor;s social media, from a purely user experience point of view, this concept of social networking is markedly different than simply opening a Twitter account. That means the barrier to entry is somewhat raised for users accustomed to the dominant platforms, and releasing an official app is thought by those behind Mastodon to be one way of addressing this problem.

Back in February, Mastodon announced that work was under way on the app, noting that it has benefited from an ecosystem of third party apps the same way Twitter had when it first began to grow (to later adopt a hostile policy toward open APIs and unofficial apps).

But the blog post recognized that the lack of an official app with Mastodon&rsquor;s name on it is something that confuses new users who are searching app stores trying to decide which app to use in order to join the service.

In announcing the work on the iOS app, Mastodon said that it will look to fix these discoverability and onboarding issues by providing “an official Mastodon app that is free to download and that is specialized in helping new users get started on the platform.”

It seems that apps for other platforms are also coming, as the iOS one is described as being “first.”