Medusa is an open-source Shopify alternative 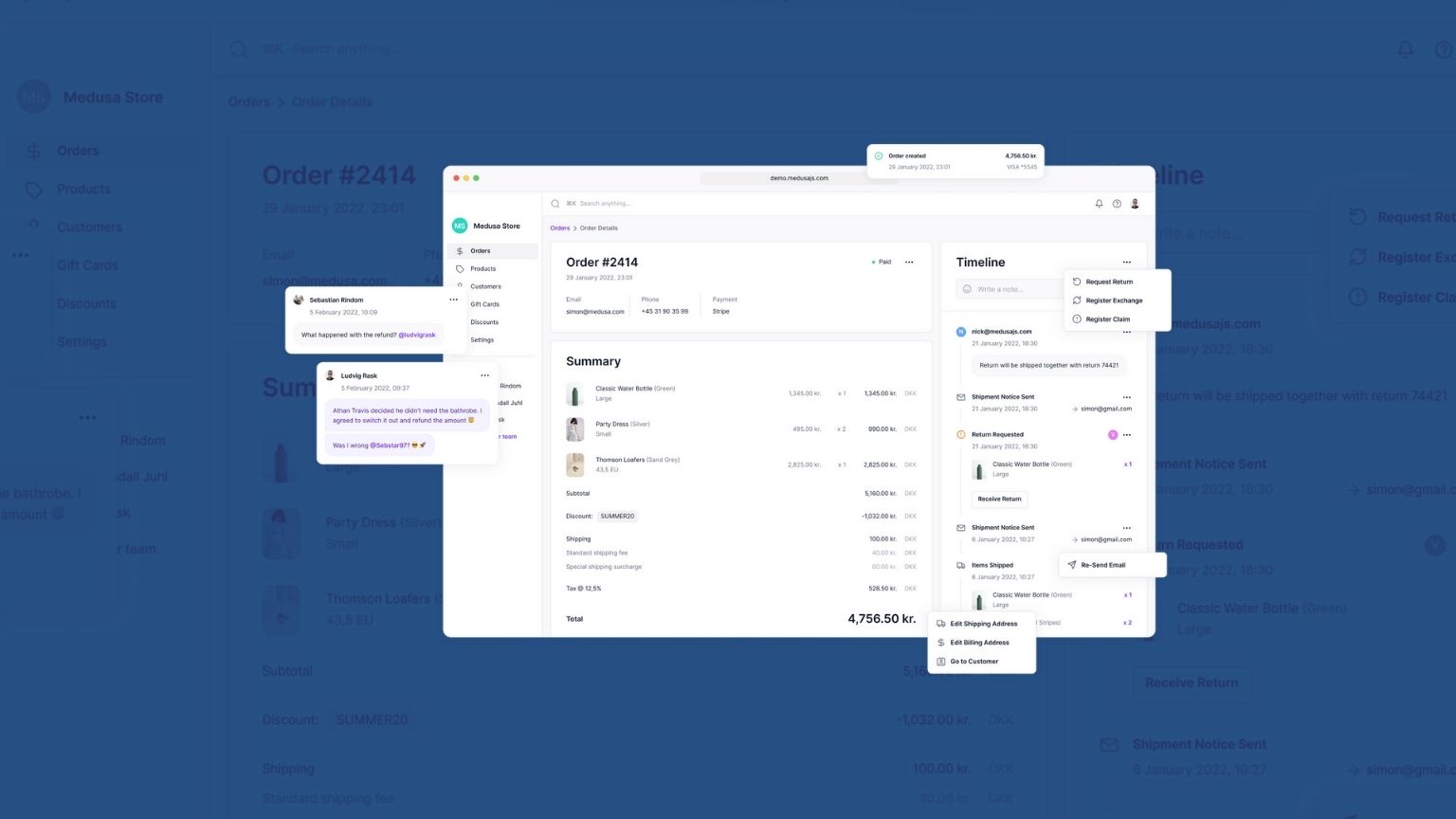 More and more closed and centralized social and e-commerce platforms are getting their open-source alternatives, and now a group of developers has taken on Shopify by creating Medusa.

According to CEO and co-founder Sebastian Rindom, Medusa is a headless commerce platform, whose source code is open and available under the permissive MIT license, to be audited and/or modified.

The platform is modular, made up of what Rindom calls building blocks that allow users full freedom in customizing their setup. Medusa’s “headless” nature means it is managing, storing, and delivering content separated from the front-end (“head”) user experience such as a device, an app, or a website.

This in itself means that developers are free to create features and functionality of their e-commerce stores to any front-end, and Medusa promises that its headless store can be created “in minutes,” based on this flexible and fast foundation.

Rindom says that he and his co-founder previously had an e-commerce agency that was finding solutions for problems merchants faced on the likes of Shopify, only to find out that the code they had to produce to deal with those problems was far from elegant and clean – he describes these solutions as “hacky.”

Not an ideal situation if you’re trying to run an e-store, so Medusa came to be – in collaboration with a client, Tekla Fabrics – as an alternative that would provide a high level of customization while being developer-friendly.

The new platform emphasizes allowing fast-growing businesses to quickly modify parts of their software stack to adapt to the pace of that growth.

What Medusa, whose code is hosted on GitHub, offers right away is a pre-built admin dashboard and a commerce engine, Rindom says. It has defaults set to handle products, orders, payments, customers, promotions, taxes, search, and more features.

“And the most amazing thing is that when you need to, you can take full control over any part of Medusa and make it your own,” he writes.

Users can also add their own plugins. While offering the majority of Shopify’s standard back-end features such as E2E order handling and a user-friendly admin interface – “we are more heavily focused on giving you flexibility in your setup,” those behind Medusa say.