The future of a law professor at the University of Miami (UM) is uncertain after the dean threatened not to renew his contract over his political speech. Cases of universities violating the freedom of speech rights of students and faculty members have been on the rise in the past several months.

As the counting of votes dragged on in early November, Daniel Ravicher, a lecturer at UM’s Law School, posted a series of controversial tweets regarding the outcome of the US presidential race.

“Democrats in Philly, Atlanta, Detroit, and other swing-state cities know @JoeBiden has lost. They’ve stopped counting votes just to deny @realDonaldTrump ability to win tonight, to falsely claim election was close, to weaken him. Like all their other dirty tricks, it won’t work,” Ravicher wrote in one tweet dated November 4. 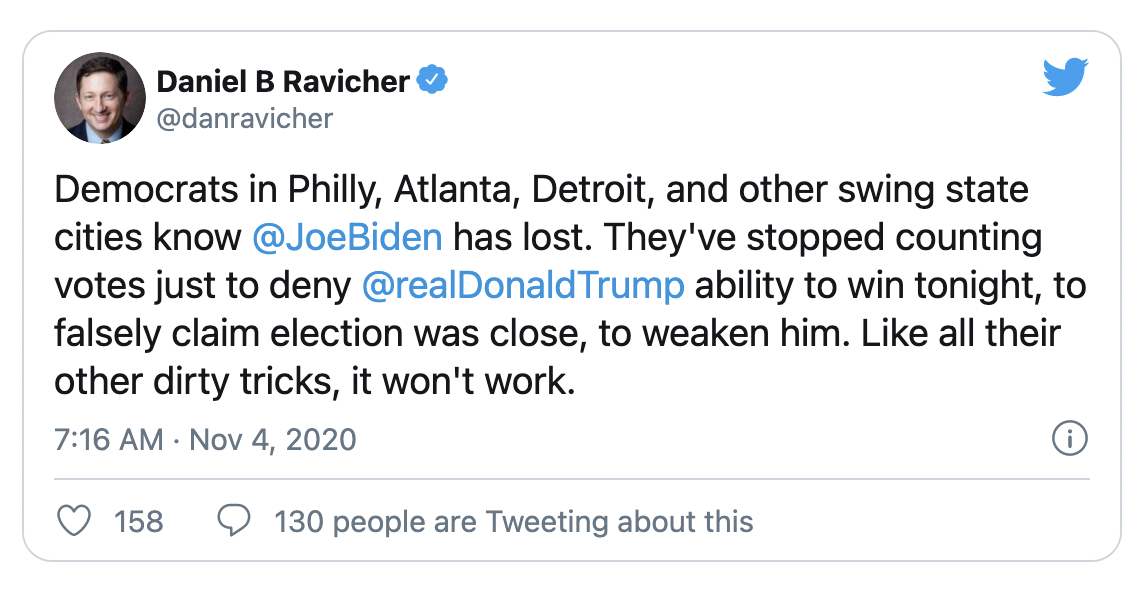 The tweet resulted in heavy criticism from the UM community. According to Ravicher, School of Law Dean Anthony Varona called him on November 7 and hinted that Ravicher’s contract, which expires in 2022, would not be renewed because of his remarks on Twitter.

However, speaking to Foundation for Individual Rights in Education (FIRE), Varona denied threatening Ravicher’s job. However, he did not explicitly state that Ravicher would not lose his job in 2022 because of what he wrote on Twitter.

If the University refuses to renew Ravicher’s contract over his remarks, it will violate its commitment to protecting faculty members’ free speech rights.

On November 20, FIRE invited UM to resolve the dispute and hoped the university would clarify it would not punish Ravicher for expressing his freedom of speech. Varona responded on December 7, proclaiming he respects faculty members’ freedom of speech rights and denied threatening Ravicher’s job. However, he again refused to clarify whether or not Ravicher’s contract would be renewed.

According to FIRE, the university’s “failure to answer this question is troubling not only for Ravicher but for the expressive rights of all UM faculty, who may feel chilled by the ambiguity created by the university’s silence.” The organization argues that, while it is not strange that Ravicher was criticized for his political opinions, universities have an obligation to be on their employees’ side, especially when there are calls for their removal. Unfortunately, in 2020, multiple schools have caved to public pressure to abandon their faculty members over their political speech.

In an op-ed on The Miami Herald, dated December 13, Ravicher described the case and how people interpreted his remarks as “racist,” violent,” and “dangerous” some even accusing him of lacking academic integrity and calling for his termination.

However, his main concern was the lack of support from the university. He believes it will discourage others with similar opinions from expressing themselves.

“The chilling effect on conservative speech, including by students, in particular, has been achieved,” he wrote.