Apparently, Californian police wanted to run a face scan whenever they pull someone over.

Microsoft is making a case for being a staunch promoter of human rights – and a maker of artificial intelligence (AI) tech, including the highly controversial subset known as facial recognition. Ostensibly, these are two difficult, if not impossible areas to reconcile.

One could easily argue that excessive tracking and collection of personal data that is then shared and sold does represent a clear violation of people’s digital as well as human rights. This gets only worse when adding into the mix ubiquitously deployed facial recognition devices, that critics say have the power to lead society straight into a Big Brother-type dystopian surveillance nightmare.

Microsoft President Brad Smith spoke at Stanford University, The Verge is reporting, to reveal that the company is concerned, to the point of forsaking its interest to sell products, by the possibility of the tech leading to discrimination of women and ethnic minorities.

Speaking in vague terms, i.e., without naming the entity – Smith said this was the reason Microsoft refused to sell facial recognition technology to a California law enforcement agency that planned to install the devices in officers’ cars, and “run a face scan anytime they pulled anyone over.”

And as the data fed to AI mostly comes from white and male images, it has the potential to put everyone else at more risk through increased error margin, Smith said.

Another customer that was turned down is an unnamed foreign government that allegedly wanted to use Microsoft’s facial recognition products in every corner of its capital city. But as the Freedom House NGO lists this country as “unfree,” the tech giant declined.

With Amazon selling its facial recognition wares to anyone who wants them, and Google refusing to sell them at all, Microsoft seems to be willing to walk a thin line in between and decide who is a fit customer. According to the report, one US prison – that also remained unnamed – was ruled by the company to be just that.

But Smith seems eager to relinquish this responsibility to somebody else as he has urged “greater regulation” – not least because otherwise, tech giants with biggest data sets – in other words, not Microsoft – could end up winning the AI race. 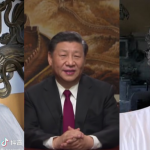 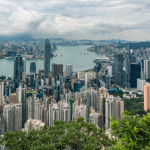 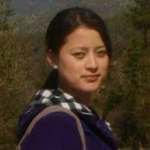