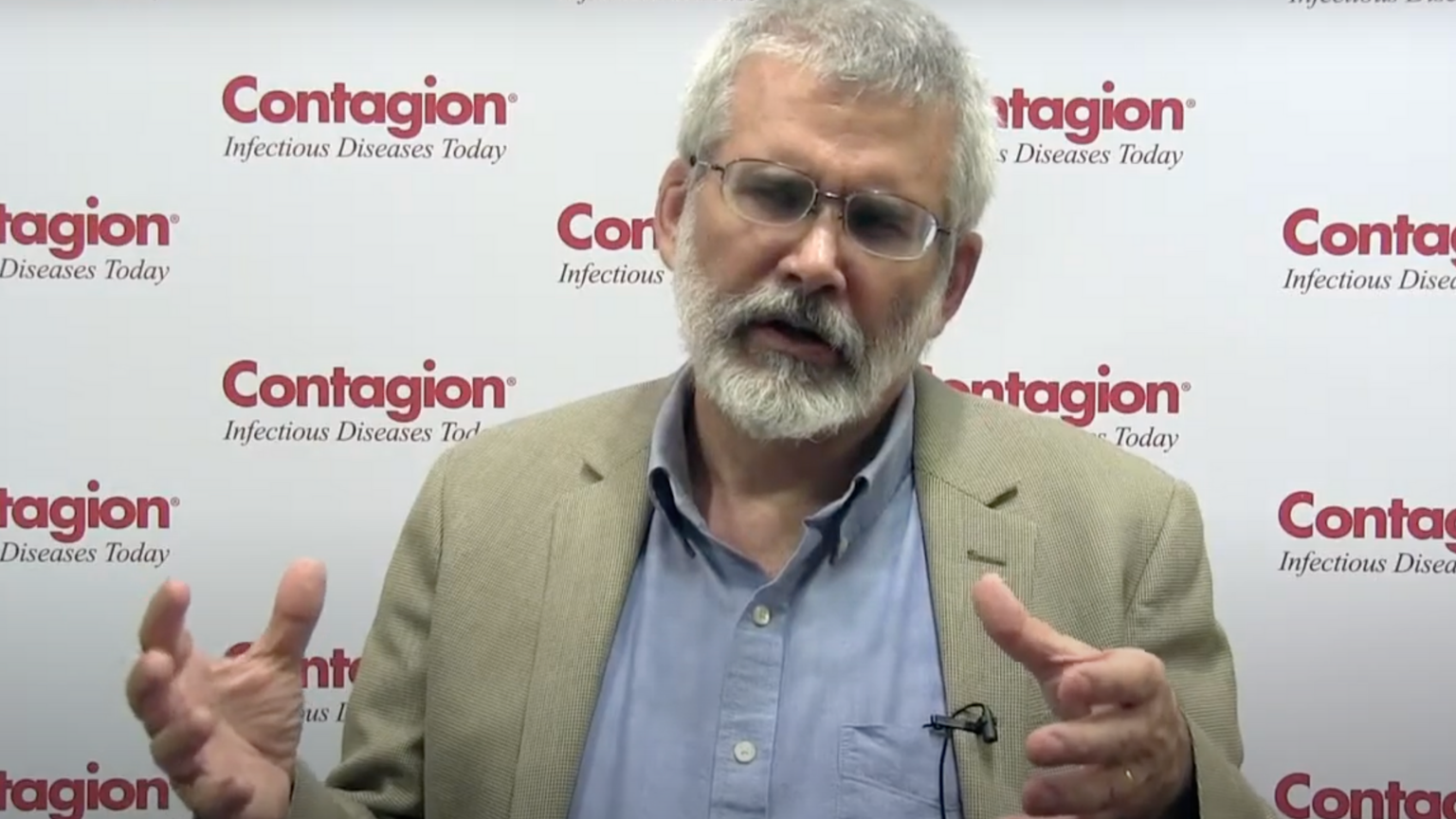 Dr. Robert Malone, a pioneer of mRNA technology, is being censored by Big Tech platforms. According to Malone, the mRNA-based COVID-19 vaccines carry some risks that are being downplayed by public health bodies and his statements are coming up against misinformation policies on many social media platforms.

Malone’s team conducted early research on mRNA back in 1990, showing that nanoparticles could transfect mRNA into cells before Hungarian biochemist Katalin Karikó worked on solving some of the obstacles in introducing mRNA into cells throughout the 90s.

Malone’s personal LinkedIn account was removed this week without warning or explanation. 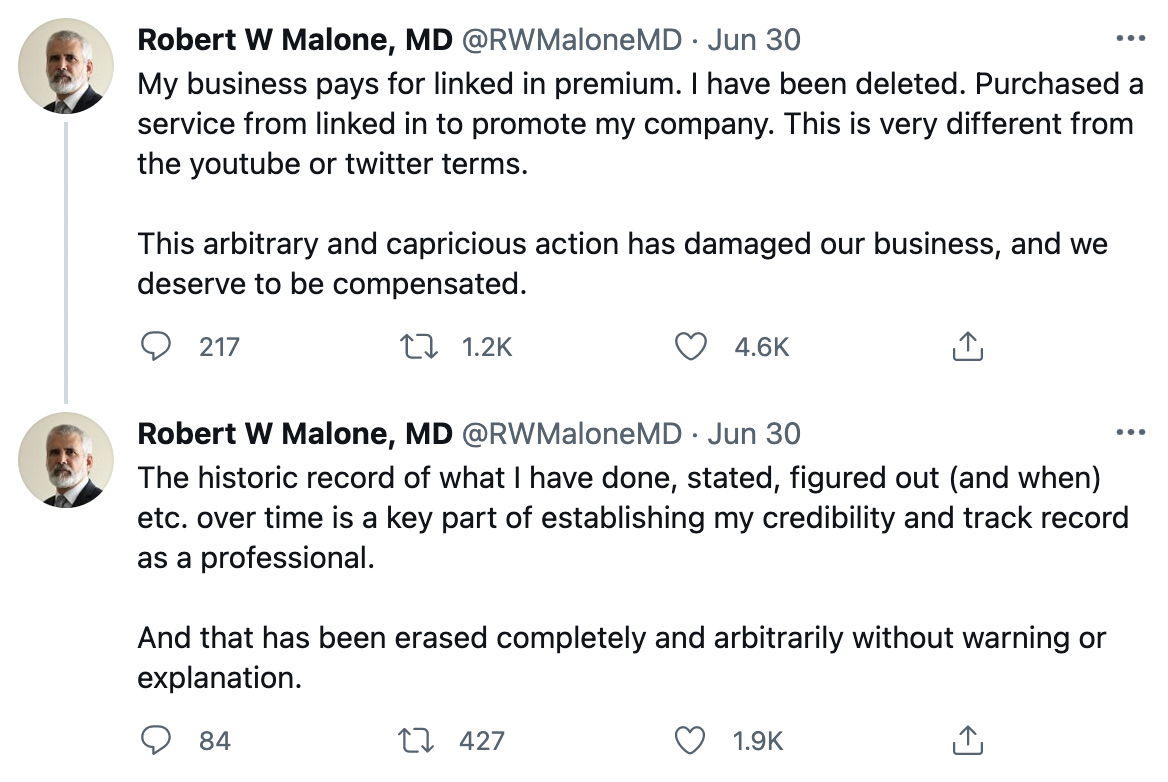 “The historic record of what I have done, stated, figured out (and when) etc. over time is a key part of establishing my credibility and track record as a professional,” Robert Malone tweeted Wednesday. “And that has been erased completely and arbitrarily without warning or explanation.”

The premium LinkedIn account for the government and biotech consultancy business he runs with his wife Jill was not removed.
“He was given no notice, no warnings,” Jill wrote in a statement to Just the News. “He has a 10-15 year old account – has never even had a warning. 6,000 followers.”

It appears LinkedIn took issue with a recent post Malone made about Health Canada responding to the concerns him and other experts raised about the presence of the “spike protein” in the mRNA-based COVID-19 vaccines.

The Canadian health regulator warned about a small number of cases involving heart inflammation in young male adults and adolescents observed after receiving the Moderna and Pfizer-BioNTech vaccines.

In the since-unavailable post, Malone wrote: “This is certainly a big step forward in my opinion – particularly in contrast to the communication (or lack thereof) and denial from the US and other governments. At least we are now discussing the merits and limitations of the scientific data.”

This was not the first time Malone was censored by a mainstream social media platform. A few days ago, YouTube removed an episode of the DarkHorse podcast, run by evolutionary biologist Bret Weinstein, where Malone warned about the spike protein in the coronavirus vaccines.

Following the removal, he appeared on Fox News and claimed that the CDC was yet to conduct “risk benefit analyses” of the vaccines, warning that in young people, the vaccines’ “benefits probably don’t outweigh the risks.”

YouTube demonetized the two channels that broadcast the DarkHorse episodes, a move Weinstein said would affect “more than half of our family income.”

According to Jill, YouTube “seems to be banning any content with him [Malone] in it.” She is of the opinion the platform is targeting her husband for contradicting the narrative by the WHO and CDC, which insist that the vaccines are safe.

According to Martin Kulldorf, a Harvard Medical Professor who was locked out of his Twitter account for a month for expressing skepticism on the effectiveness of masks, such censorship is dangerous.

Speaking to Just the News, Kulldorf said: “Open debate is especially important during a public health emergency when many important public health question[s] do not yet have a known answer.”

He said Big Tech platforms should reinstate all suspended accounts, because “To censor and silence scientists under such circumstances can lead to many unnecessary deaths.”