With the Coronavirus pandemic in full swing, several online platforms, including YouTube, are coming down harsh on videos surrounding content regarding the outbreak.

Even mentioning the pandemic can land videos in troubled waters and lead to painful consequences such as demonetization of the video.

At this juncture, the popular prankster channel “NELK Boys” got slapped with a one-week ban by YouTube.

Since the beginning, YouTube has been known for its community of pranksters and other funny video compilations. The NELK Boys, owing to their signature style prank videos, have remained as one of the top-performing channels in the niche.

Falling prey to YouTube&rsquor;s extra cautious measures in the times of the outbreak, the NELK Boys now face the wrath after creating content around the pandemic. They have been forced to take the video down and have been warned by YouTube for their conduct. 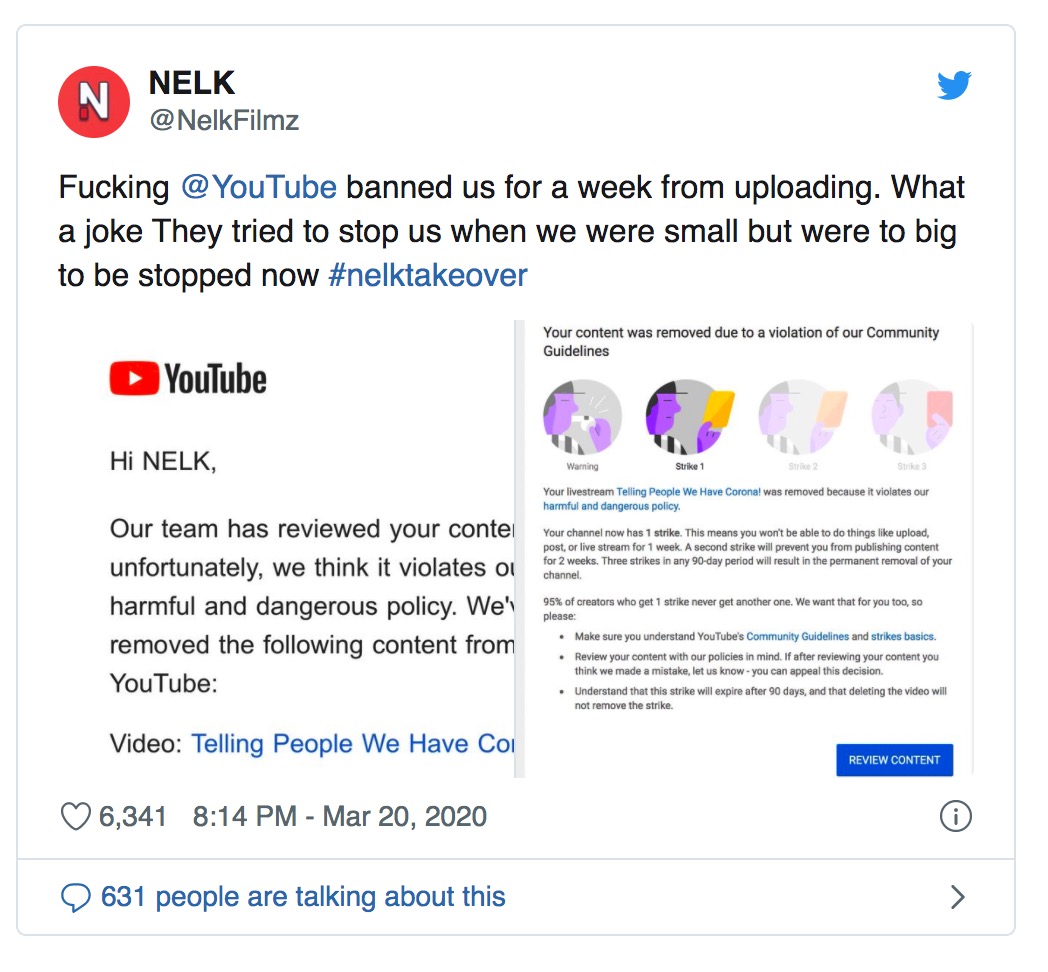 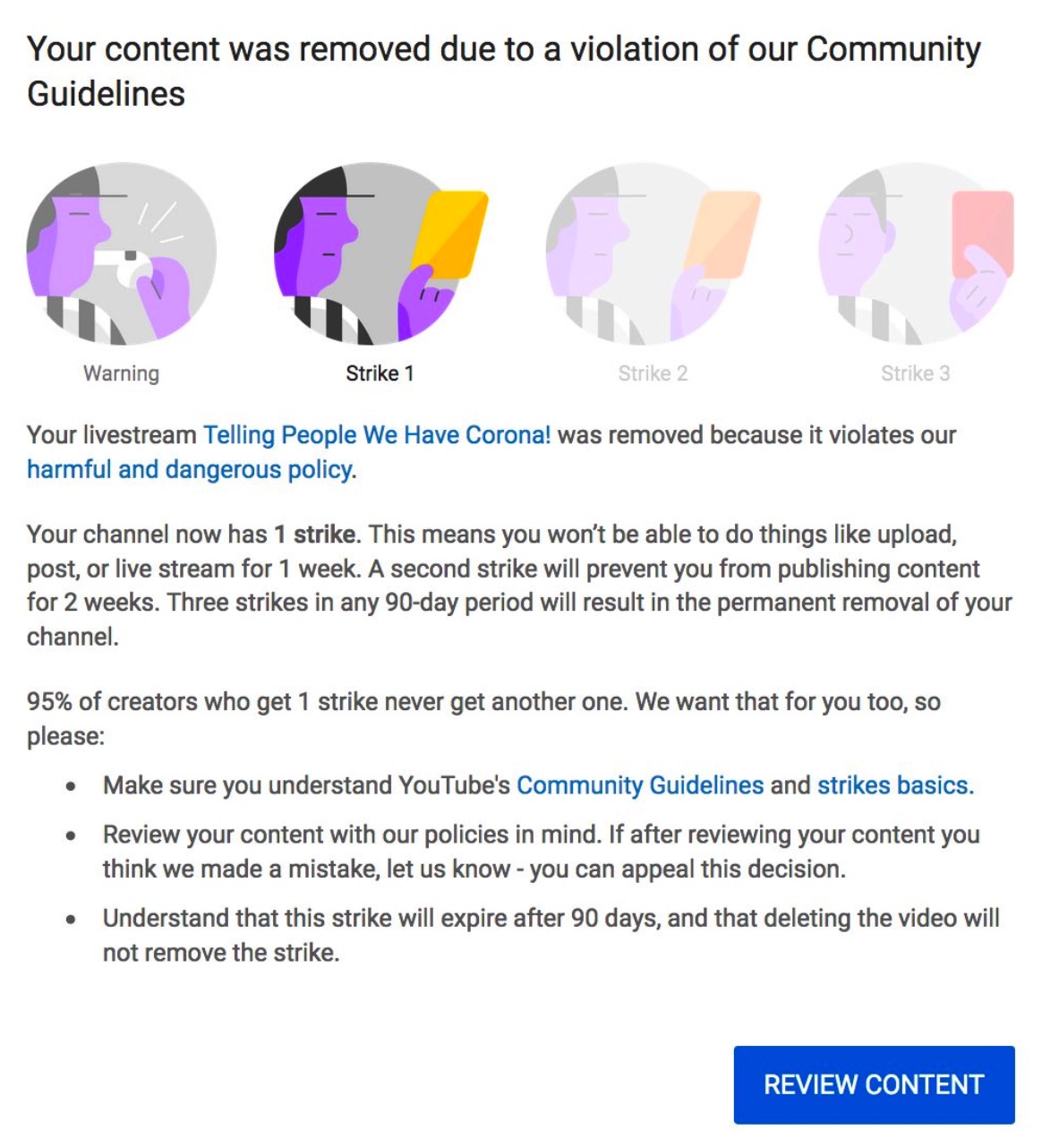 “Our team has reviewed your content, and, unfortunately, we think it violates our harmful and dangerous policy.”

The video “Telling People We Have Corona!” has since been removed from the platform.

The said ban will last till March 29, meaning that the group will miss its famous weekly Monday upload.

The NELK Boys have added another screenshot showing that they had also hit their first-ever community strike, resulting in no live streams or uploads for a week. The second strike will result in a two-week ban, with three strikes in a 90-day period resulting in permanent removal from the platform.

Generally speaking, at times such as this, when a video is deemed inappropriate and removed, creators get an opportunity to appeal to YouTube and get it reviewed by a human moderator.

However, with YouTube and other tech giants operating on limited man power, appeals may take a longer time to resolve.

Recently, YouTube declared that it will rely more on bots for filtering and removing content, while also acknowledging the fact that such a decision will lead to increased bans.