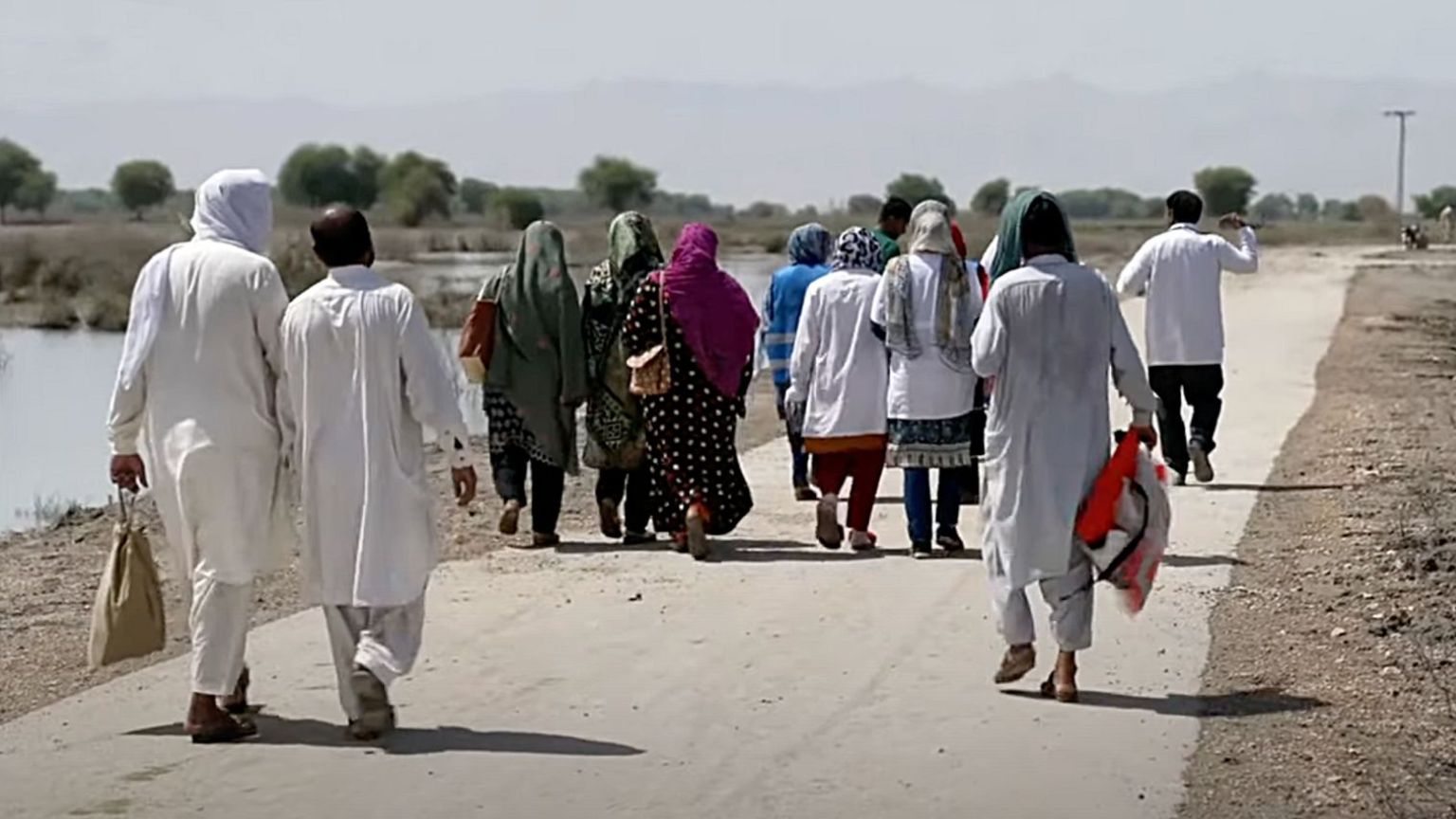 In August, Pakistan was hit by severe flooding that caused extensive damage to large rural areas in the country, and yet, to this day, aid in the shape of government-allocated funds eagerly awaited by many flood victims is delayed and sometimes comes with a curious string attached – the completion of “a biometric survey.”

And it’s something fairly uncommon, at least currently, with disaster relief practices given the urgency of it all. To make things worse, these areas are populated by people who by and large don’t even know about this requirement (and likely, what it means).

They lived in mud and clay dwellings before that got swept away by the rains and are now forced to stay in tents and desperately hope for government aid to reach them as soon as possible.

And the Bank of Khyber, a provincial government bank owned by the Khyber Pakhtunkhwa province, has the money for flood compensation – but is holding out on distributing it, citing the lack of branches in the worst-hit areas, but also the need for the victims to go through a biometric verification system.

Spokesperson for the Khyber Pakhtunkhwa Provincial Disaster Management Authority Taimur Ali is on record as saying that “money had been paid out in the areas where the biometric survey was completed.”

The scale of the disaster in this province alone notwithstanding – 300 dead and over 70,000 destroyed or damaged homes, farms devastated – many of those gravely affected are relying on friends, relatives and NGOs, or simply go back to their damaged houses waiting for the winter to hit.

The government has been far less diligent in compensations for the living than for the dead – that form of compensation has been paid quickly – but those who wish to resume normal life by repairing their homes are not so lucky.

Particularly it seems in Khyber Pakhtunkhwa, where the government and its provincial authorities seem steadfast in waiting for the “biometric verification surveys” to be done before the money now sitting in the bank can be disbursed to households.

To do that, the Bank of Khyber will even open new or mobile branches, to seize this “biometric opportunity” before helping those in need ASAP – the way these things are normally done in disaster areas.