Elsewhere in the world, it might sound like the most logical position to hold and the least controversial declaration you will ever make – saying that all lives matter, that is.

But in the US, where the phrase is associated with those critical of the Black Lives Matter movement, it is tantamount to an expression of overt racism and has been known to spark calls for “canceling,” especially of celebrities and public figures, who had ventured to use it on social media over the past months.

And Black Lives Matter has a “counter-movement” called Blue Lives Matter, whose goal is to promote treating violence against police officers as a hate crime.

Now, some supporters of this movement are being accused of racism.

One of them – a mother of four and a US Army veteran – is Christine Alonso, while the call for her demise in the local school board came in the shape of an online petition started by an anonymous accuser, who posted claims Alonso was seen with people waving a Confederate flag and shouting racist slurs during a protest and a counter-protest last weekend in Ridley Township, Pennsylvania.

The dueling protests involved Black Lives Matter and Blue Lives supporters, and Alonso said that while she did take part in the latter gathering – that included chants of “All Lives Matter” – she did not use racist language, or wave any flag. The protests were covered by local news affiliates. 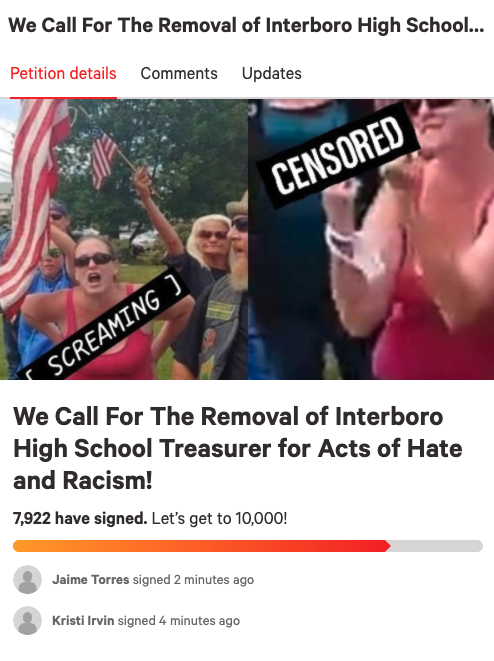 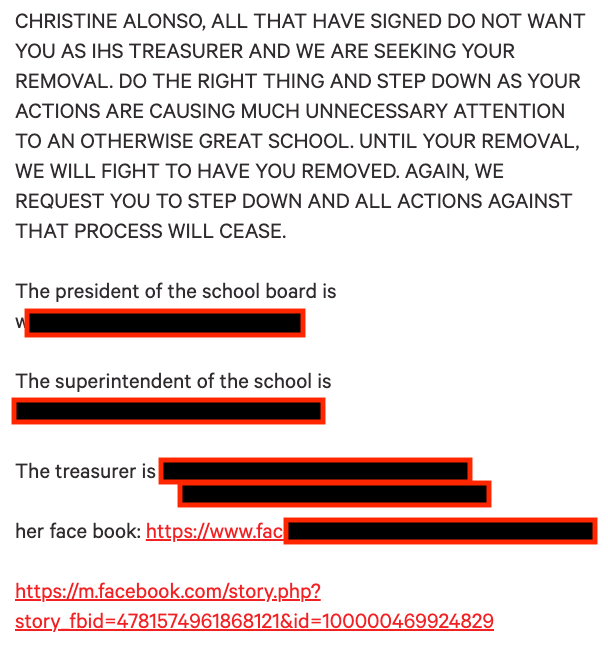 The basis for the accusation of racism seems to be footage broadcast on a local TV station from the protests, which shows Alonso, in her own words, “mouthing something which was just me saying, ‘I am so racist, yet I fought for you’,” – apparently directed toward the Black Lives Matter activists, and referring to her career in the military.

But the petition to remove her from the Interboro School District Board went up on Change.org and was supported by close to the 7,500 signatures set as this “canceling” campaign’s goal.

The petition accuses Alonso of such things as, in the social media videos, having “anger in her eyes” and “lacking compassion for many students in the district” (apparently by supporting the Blue Lives Matter movement).

In an update to the petition, the anonymous accuser said that the school’s vice-president had in the meanwhile publicly joined calls for Alonso to resign.