YouTube sensation PewDiePie has pushed back against those that are trying to smear the creator with accusations of “transphobia” after he was attacked by a Twitter mob for “misgendering.”

The incident happened during one of PewDiePie’s Dr. Phil reaction videos which he does regularly on his YouTube channel. In the video, PewDiePie used a male pronoun when he referred to a person who filmed themselves gargling mouthwash in a Wal-Mart.

“So why am I a transphobe?” PewDiePie said in a response video. “Well, because I allegedly, purposely misgendered someone. It was in my Dr. Phil Video…and I honestly didn’t even think about it because she had a masculine name. Her name was Bameron and I looked it up. Bameron is a boy’s name. So it’s not that weird to think they would be referred as a he.”

PewDiePie earned the ire of what he called “anime avatar kids” on Twitter.

“Oh my God,” PewDiePie exclaimed. “If I go on Twitter, this is what I see. These anime avatar kids are just relentlessly calling me a transphobe.” 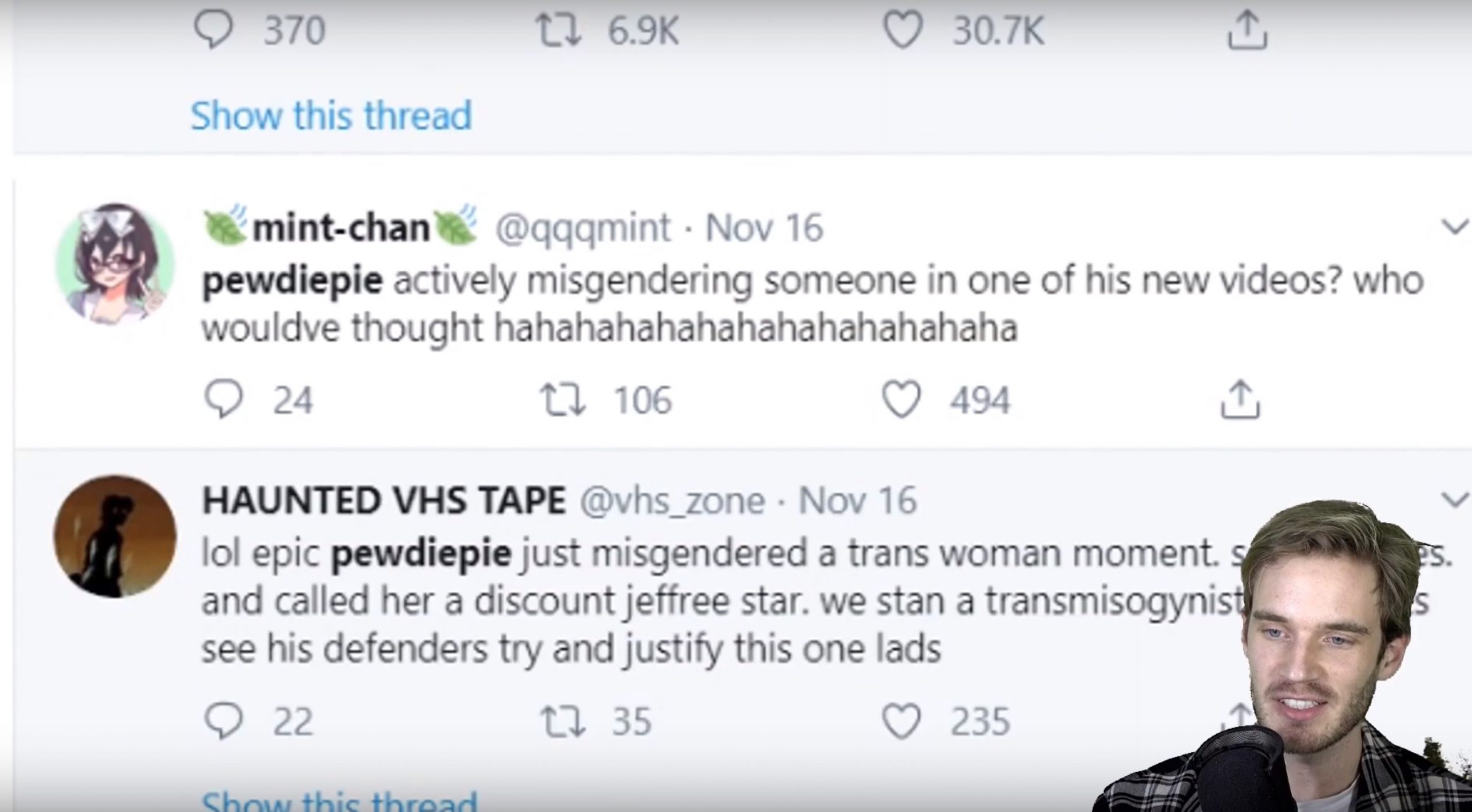 According to critics, it was supposedly obvious that the person in the video – who was later found to be Bameron Nicole Smith – was a transgender woman.

PewDiePie also denied the allegations about his transphobia. He said that he has always been an LGBT Supporter.

Also, he said that he would never on purpose misgender anybody to antagonize or troll.

For her part, Smith has not directly responded to PewDiePie’s video but in her latest uploaded video, she has already commented on the reaction video posted by PewDiePie which started the internet controversy.

“I know you’re not out here with 100 million, however many plus subscribers you have, with your eight thousand scandals, misgendering trans people,” Smith said of the issue in her own video. “How are you out here doing that? You obviously saw that I present feminine. There’s no ifs, ands, or buts about it.”