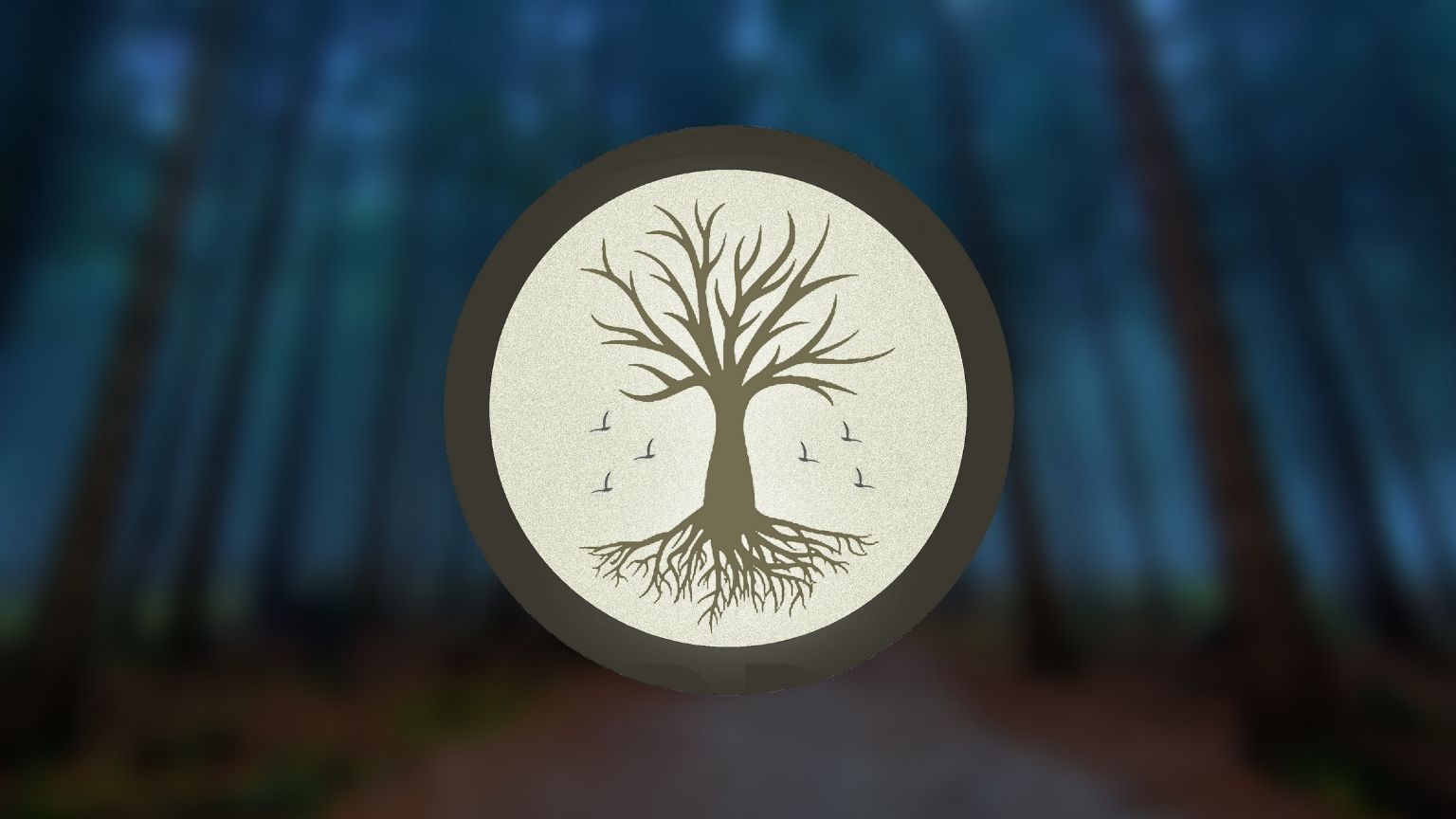 US literary publication the Barren Magazine has decided to part ways with its poetry editor, Danielle Rose, over a tweet where she expressed her opinion regarding the status of poetry in today’s society.

The magazine was quick to take the decision, announcing it on Twitter just a day after Rose said she thought the general population has little interest in poetry. She made her stance known in a conversation taking place on Twitter under the hashtag, #poetry.

In her tweet posted on September 2, Rose said that she wished her fellow poets understood that the lack of interest in their work from a majority of “regular” people meant they were “speaking to each other” – but that many did no not realize that.

“The delusion that poetry is something powerful is a straight line to all kinds of toxic positivities that are really just us lying to ourselves,” she added.

A day later, Rose posted again to “apologize” for what she said was an accidental troll of “poetry Twitter,” and add that she would “like to go back to mumbling into the void to the same like 15 people now.”

But the magazine had no intention of letting the matter go, announcing in a tweet of their own its executive team’s decision that what they called “misalignment” of the magazine’s vision and that of Danielle Rose means they could no longer cooperate. 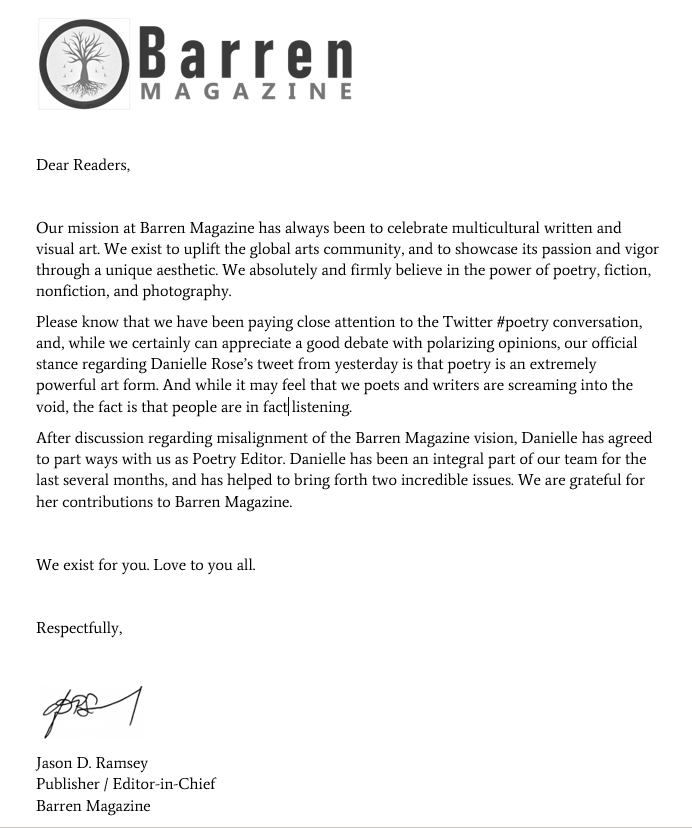 The term “misalignment” here seems to mean that a difference of opinion is not allowed, and hints at the magazine’s “my way or the highway” mindset.

With this in mind it is somewhat ironic that Barren Magazine describes itself as a publication that features fiction, poetry, creative nonfiction, photography, and mixed media, “for hard truths, long stares, and gritty lenses.”

And Rose probably believed it, thinking it was safe to share the result of her own “long stare” at poetry on Twitter.

Barren’s announcement regarding its now former editor doesn’t mention those points, though, but rather that those behind it “absolutely and firmly believe” in the power of the art forms they seek to cover.

In her subsequent tweets, Rose appeared firmly non-apologetic, though, stating that the reaction and the outrage over her original tweet proved her point, since it was this incident that gave her more “power” in the world of literature than had been the case before it happened.

Containers are just containers, she wrote, noting that, “Poetry could disappear tomorrow, and I’d find a different way to do what I do.”