"I worry that this idea of more speech is good speech - that's not really the case."
Share 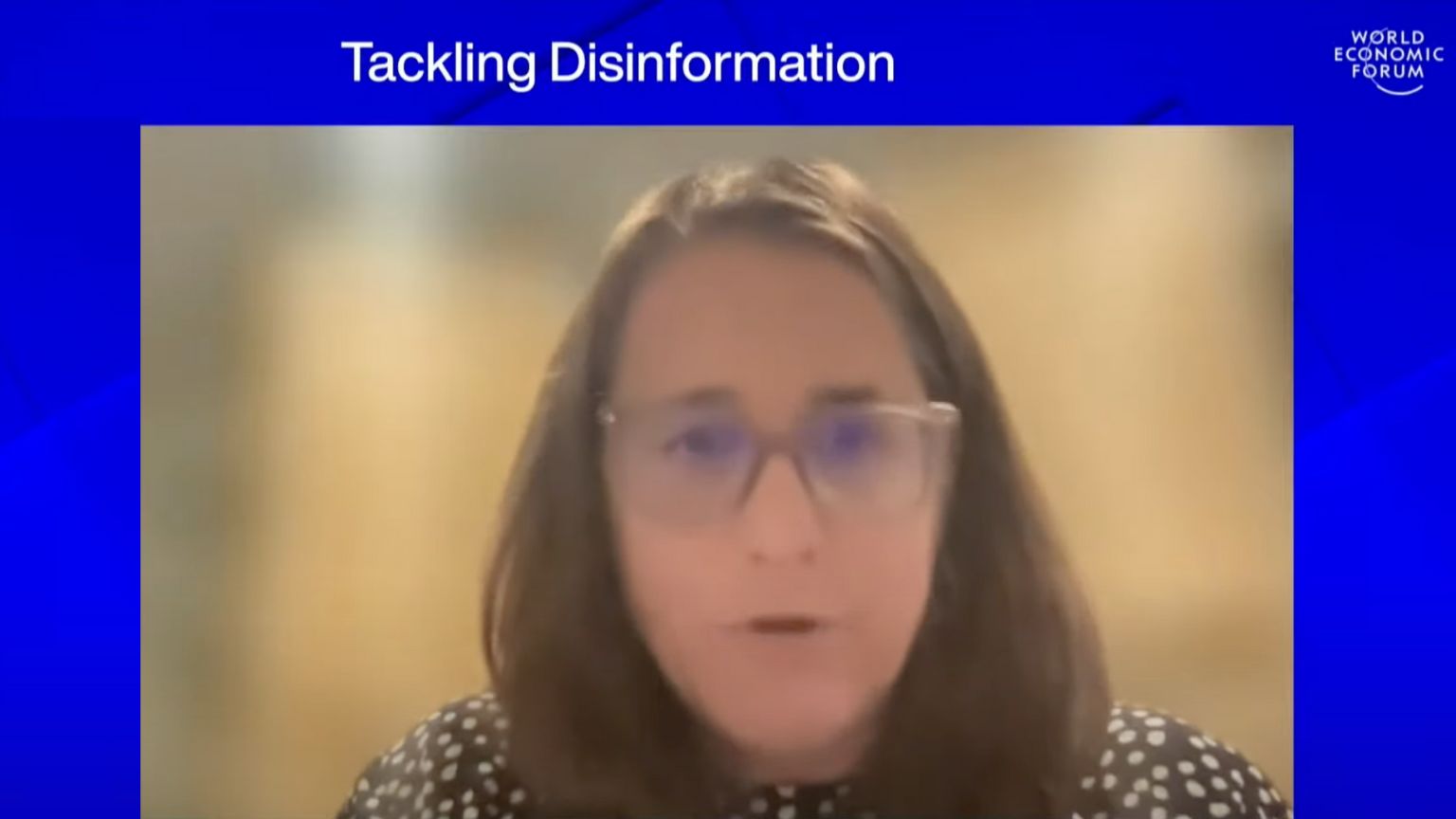 Brown University Professor Claire Wardle told The World Economic Forum that she’s frustrated about “misinformation” because it’s legal speech: “I keep saying: Well, it might be legal, but if it’s leading to harm, can’t we actually have a conversation about that?”

Wardle addressed Adrian Monck, the Managing Director, Head of Public And Social Engagement, who was moderating the panel.

“So my fear, when it comes to your point, Adrian, is that people say: ‘Oh, the First Amendment, what kind of harm is this causing?’ Well, what does this kind of low-level, conspiratorial, hateful, misogynistic content, that doesn’t break platform guidelines, over time, where is that leading us? So I just wish we could have a more nuanced conversation about speech because I worry that this idea of more speech is good speech — that’s not really the case,” Wardle said.

“And if you talk to people of color or women, their experiences on the internet look very different to probably your experience, Adrian. And so this idea that all speech is equal is not true. And I wish we could just have that conversation properly and talk about the long-term impacts of different types of speech.”

“When you have half the country that fundamentally does not believe that the system of democracy, that the electoral process is one that they trust — I don’t want to be a Debbie Downer — but I am really concerned around the midterms,” Wardle said on the Rhode Island Report podcast.

She added she thinks that the situation will be worse for the 2024 election.

“I think there’ll be a number of races where we just won’t have a winner,” Wardle said. “There won’t be the infrastructure to call some races, and I don’t know where we end up. That’s why I think it’s a terrifying situation.”