For one university professor, the phase, “what goes around comes around” must ring particularly true today, given her reported previous efforts to have others censored for their speech – only to now apparently lose her job for precisely the same reason.

Lora Burnett&rsquor;s case could also serve to bolster the argument of many who say that censorship and cancel culture are unpredictable and ultimately an unproductive and damaging slippery slope.

Here, Burnett, a historian and untenured professor who worked for the Collin College, will not have her contract renewed for failing to conduct herself in a “professional manner.” 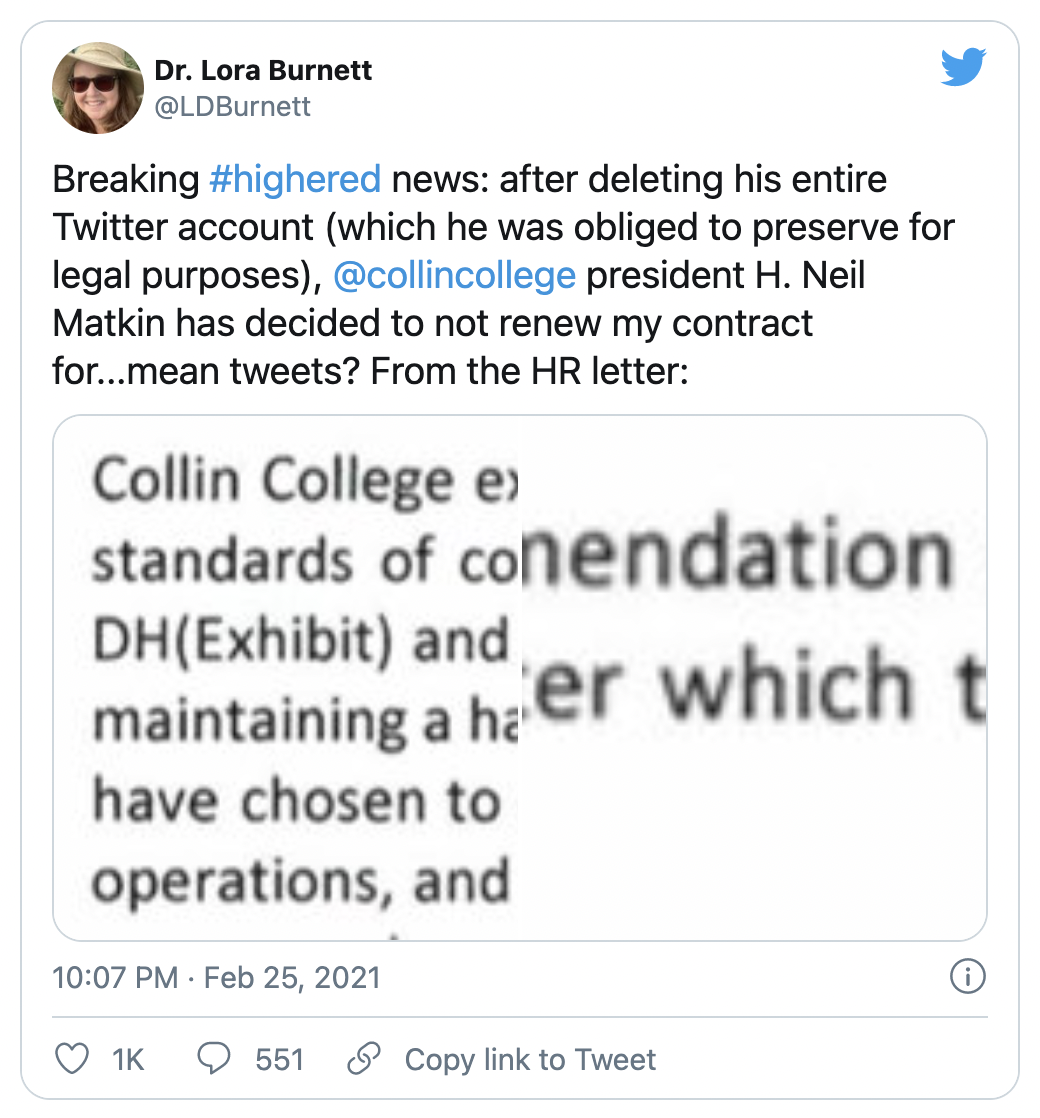 Previously, it emerged that Burnett, who describes herself as “centralist (sic) liberal,” decided to take to Twitter and post several messages about then Vice President Mike Pence that are said to have been “crude.”

The social media incident happened last fall, and saw Burnett refer to Pence as “a scumbag lying sonofabitch (with) a little demon mouth.”

In another tweet posted in July of last year, Burnett said Donald Trump was “the head of a death cult.” 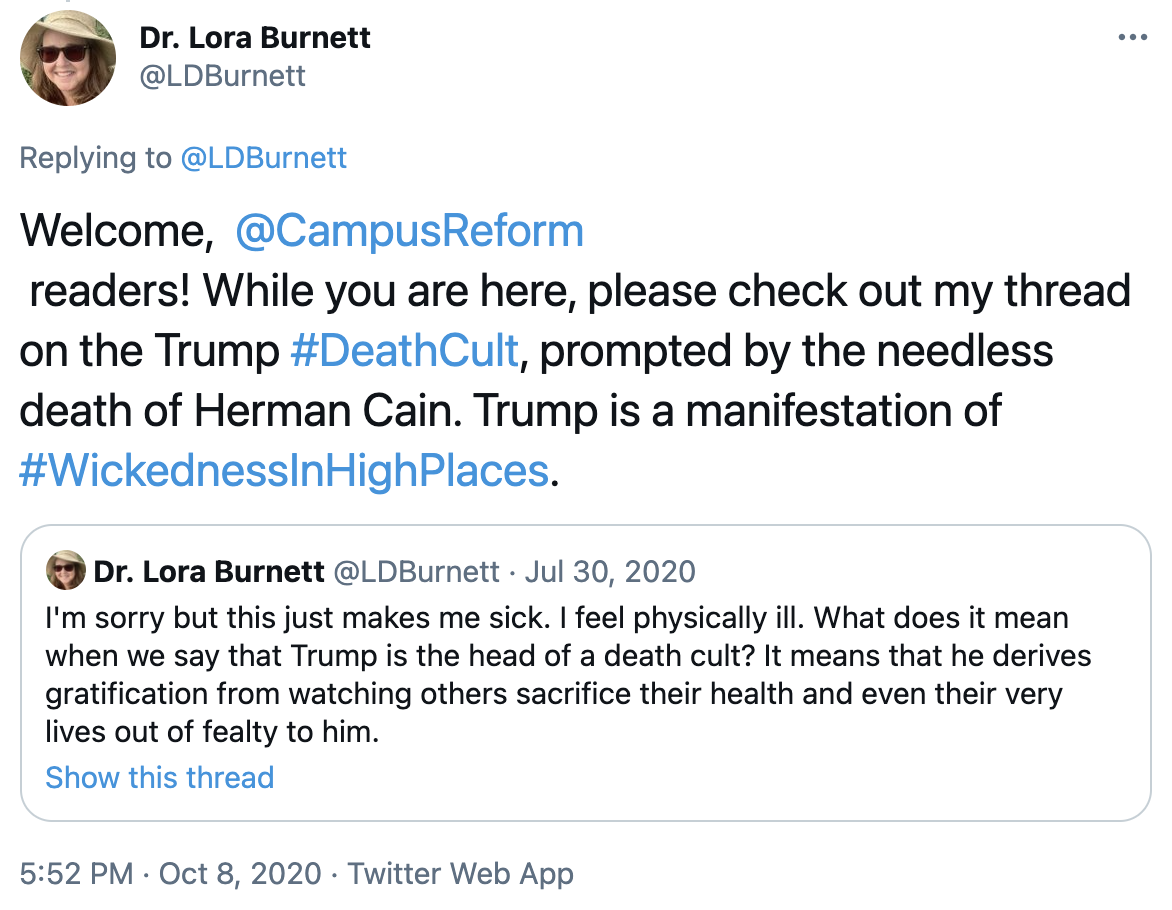 And she believes her “mean tweets” were ultimately the reason for the effective firing.

The Collin College, a public school, came under a lot of pressure from the public and legislators to fire Burnett back in October, while at the same time admitting that her speech “may be protected,” i.e., under the First Amendment. The route the college seems to have taken is to not renew her contract when it expires this May, rather than outright fire her.

Two other professors who were campaigning against Covid reopening of the school were also recently fired by this Texas based college.

Burnett is disappointed but not surprised by this turn of events and is exploring legal avenues to help her case. She also maintains that this was simply government overreach and not another example of cancel culture – because according to her, cancel culture doesn&rsquor;t even exist.

What makes the case all the more interesting is that in the past, Burnett called for her peers to be punished precisely for free speech and associations. 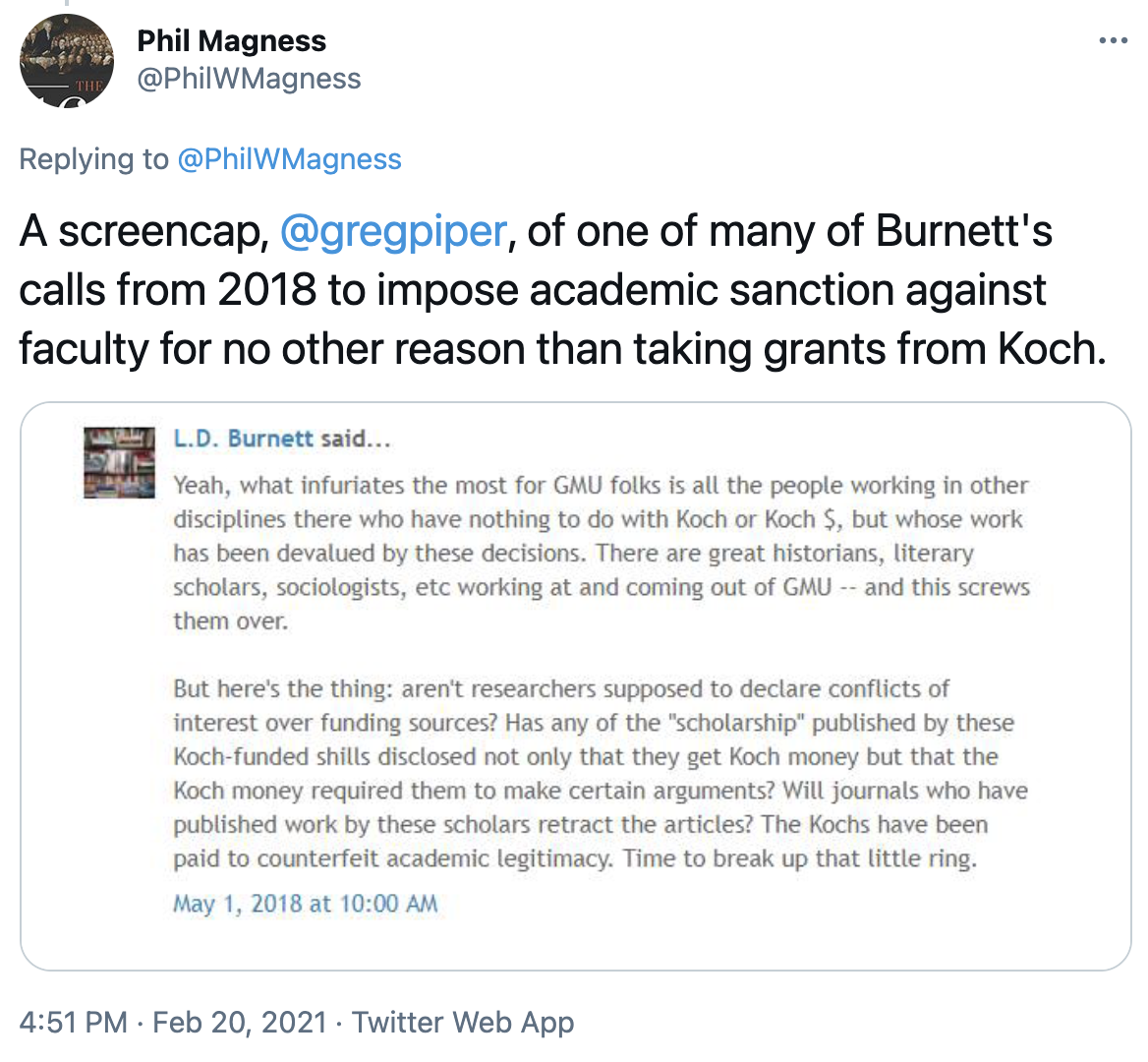 Economic and political historian Phil Magness posted about this on Twitter, referring to Burnett&rsquor;s 2018 tweets and blog posts, some of which got removed after she herself came under fire last fall.