Some performers aren't happy about the rise of ProjektMelody.
Share

For years now there has been a more or less justified fear that new technologies, as they create some new jobs that never existed before, would also obliterate others – and perhaps most worryingly, leave humans jobless by replacing them with robots, and, as it turns out, even animations.

But when it comes to camgirls the process seems to have been quick and comprehensive. Not only has this particular line of work been made possible thanks to the advancements of technology – now, even more advanced technology is on the path of replacing human camgirls with 3D animations. And the intended audiences seem to love it. 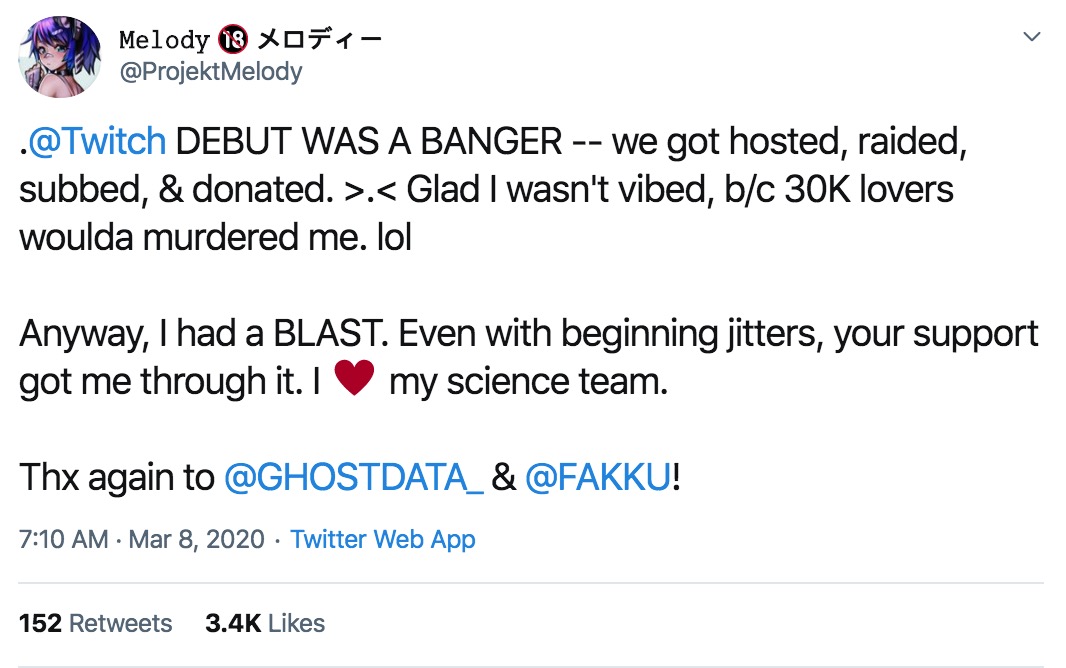 Other Twitter users took notice that ProjektMelody was now on Twitch “and is faring far better than some people,” – seemingly Amouranth. 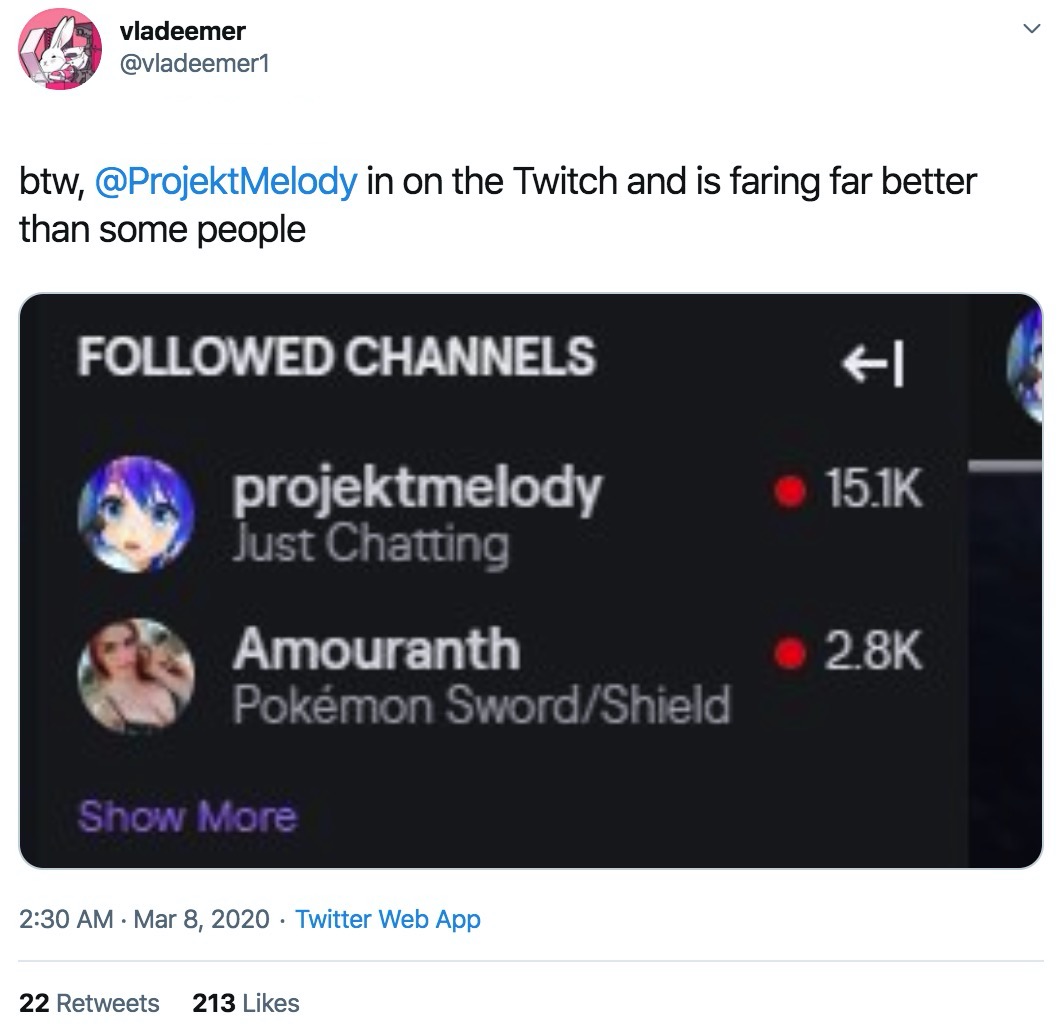 ProjektMelody&rsquor;s march to streaming glory started on Chaturbate, a live webcam site offering explicit sexual performances. This was soon met with protests from human models who said the 3D animation was stealing their views and therefore their business.

What “AI” is and can be involved here remains questionable, but the avatar&rsquor;s designer, a US 3D artist, said last month that it is rendered in real time using the Unity game engine, and is in that way similar to Kizuna Ai, described as a virtual YouTuber and self-proclaimed artificial intelligence currently with three channels on Google&rsquor;s giant video platform.