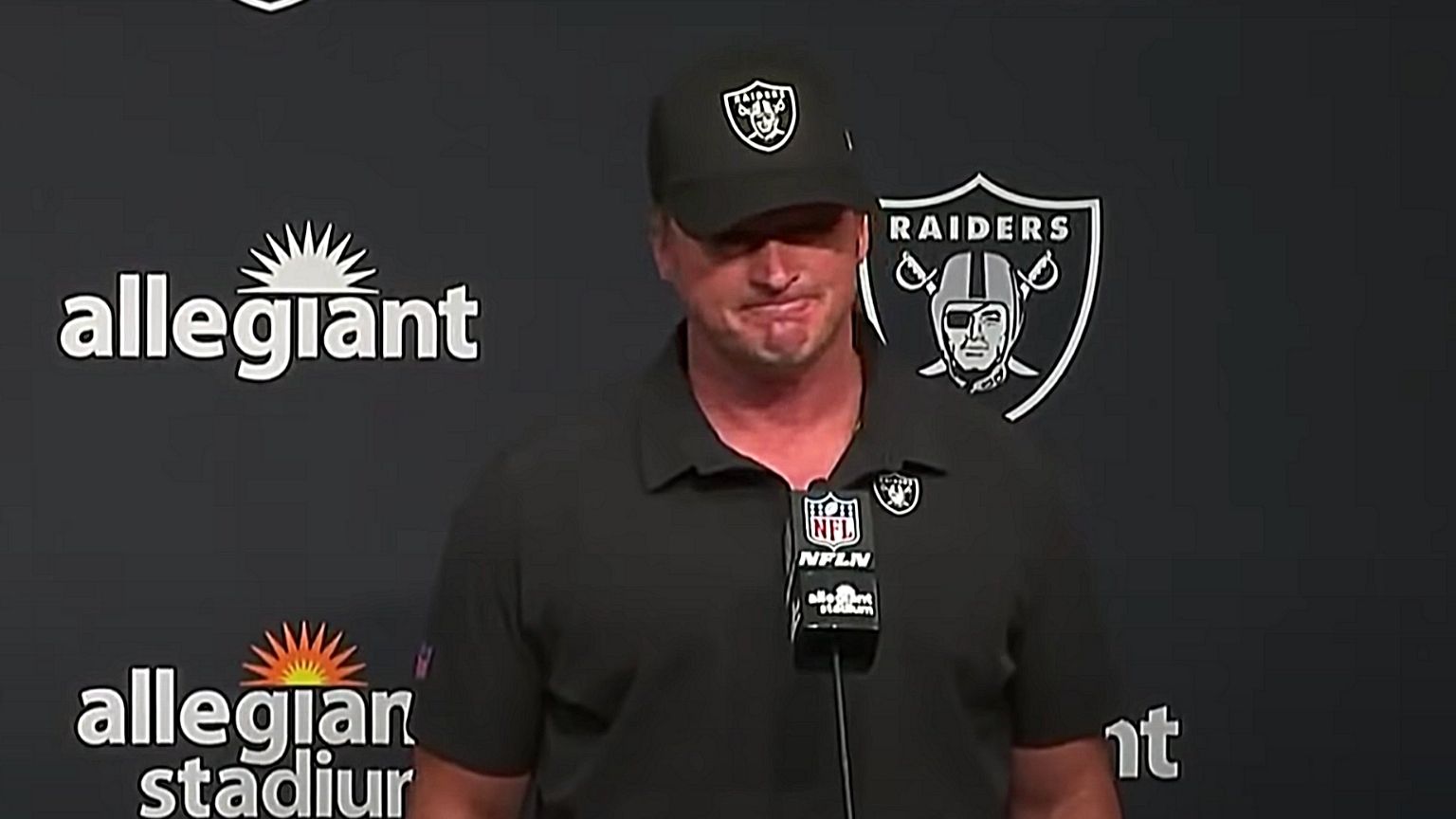 “I have resigned as Head Coach of the Las Vegas Raiders. I love the Raiders and do not want to be a distraction. Thank you to all the players, coaches, staff, and fans of Raider Nation. I’m sorry, I never meant to hurt anyone,” Gruden said in a statement released Monday night.

Gruden became the subject of controversy last week after leaked emails from a decade ago alleged that he repeatedly used insensitive language. The emails were obtained by the Wall Street Journal during an “investigation” into the Washington Football Team.

Gruden sent the emails in 2011 during the NFL lockout.

Most notable was an email that included a remark against NFLPA executive director DeMaurice Smith. He wrote that “Dumboriss Smith has lips the size of michellin tires.”

Smith responded to the leaked emails by saying they were evidence racism was still a problem in football.

“This is not about an email as much as it is about a pervasive belief by some that people who look like me can be treated as less,” Smith wrote. “The email has also revealed why the comments by some with powerful platforms to explain this away are insidious and hypocritical. It is as if there is a need to protect football above the values of equality, inclusion and respect. The powerful in our business have to embrace that football itself has to be better, as opposed to making excuses to maintain the status quo.”

In the emails, Gruden lashed out at NFL Commissioner Roger Goodell and called him a “faggot” and a “clueless anti football pussy.”

From the NY Times:

“Gruden also criticized President Obama during his re-election campaign in 2012, as well as then-vice president Joe Biden, whom Gruden called a ‘nervous clueless pussy.’ He used similar words to describe Goodell and DeMaurice Smith, the executive director of the NFL Players Association.”

“I was in a bad frame of mind at the time [in 2011], and I called Roger Goodell a [expletive] in one of these emails too,” Gruden said. “They were keeping players and coaches from doing what they love with a lockout.”

According to a report on The New York Times, Gruden is not only in hot soup for racial expletives but also a history of “casually and frequently unleashed misogynistic and homophobic language” from 2010 to 2018 when he rejoined the Raiders’ on a ten-year contract.

According to CBS Sports’ Jason La Canfora, the NFL was waiting on the Raiders to take action,” and was ready to “step in” if the team did not address the issue beyond publicly denouncing the remarks made in the emails.

However, it was not clear what punishment the league would impose since the emails were sent at a time when Gruden was not working for the league.

Mark Davis, the owner of the Raiders, accepted Gruden’s resignation on Monday night.