The user says they're filing a police report.
Share

Reddit is being accused of deliberately doxxing a user – i.e., revealing their personal information – as an of expression of political and ideological bias of the social network’s administrators.

The act of “doxxing” is considered a malicious practice whose goal is to expose privately and personally identifiable information of an online user without their consent.

Reddit user CreedBratton57 has accused Reddit of doxing them for posting a video about an incident involving the left-wing group, Antifa.

As a result of posting the video, the user’s GPS coordinates have been leaked, the user charges.

The video posted on Reddit showed a man fighting back against Antifa – the masked people who appear to be attacking a group – while he at one point punches them back. 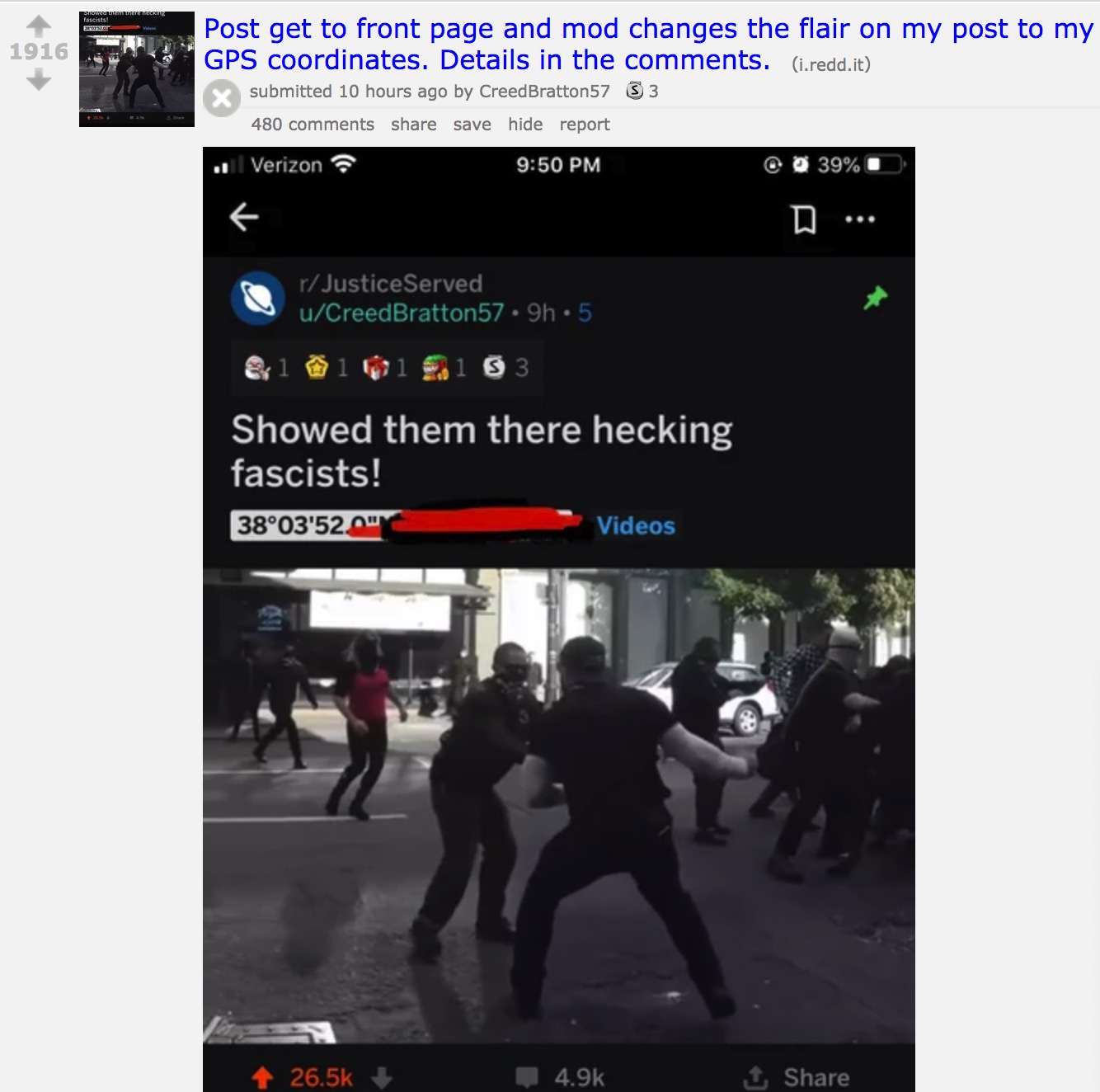 A series of screenshots suggest that the post was hijacked by taking over his “flair” – a short message that Reddit users are can add to their username.

But it’s been alleged by CreedBratton57  that his flair was changed entirely without his involvement or consent – to show his GPS location, and thus dox him.

The reason for those with the power on Reddit to do this, he argues, is that they simply didn’t like the user’s political opinion inferred in the original video involving Antifa members.

The implication here is that in case anyone thought Reddit was a neutral platform – at least in political terms – this kind of thing should give them pause. All the more so since not only has the user’s location been “doxxed” but that the post received a large number of comments and as many as 26,000 likes.

This could indicate the ruling mood on Reddit in 2020 – not only ideologically, but also towards a person being doxxed online, which is normally considered a violation.

The original post on Reddit has been removed – most likely because it showed the user’s GPS coordinates.

Commenting on Reddit, CreedBratton57 said he wasn’t sure how GPS data had been extracted – but that it narrowed his location down to “within a mile” of his home, alleging that the GPS location for his IP address was what was used to give up his location.

The Reddior says that they’ve notified police and “they are sending someone out to do a police report.”