China-backed social and streaming apps are on the rise.
Share

ByteDance – the parent company of crazily-popular app TikTok – is said to be releasing a new music streaming service called Resso, which is now is being tested in select markets; India and Indonesia specifically.

Resso is available for both Android and iOS devices, but only in the aforementioned regions, where it has been in beta for over six months now.

The app seeks to differentiate itself by offering a different take on music streaming services, incorporating features from social networks, like the ability to comment on songs.

ByteDance wants to repeat the success of TikTok

In this sense, Resso has features that facilitate social interaction between subscribers. Users can comment and make GIFs and videos using the songs available on the platform – just like they do in TikTok. Moreover, the app includes real-time lyrics for the songs, something that not even Spotify has at the moment.

Users can also create and share playlists with their friends, just like in any other decent music streaming app.

When it comes to the music catalog itself, the Chinese firm is reportedly partnering with the biggest record companies: Warner Music Group Corp., Universal Music Group and Sony Music Entertainment. According to users, the current music selection is scarce in comparison to similar apps, that’s why the association with these companies is much needed.

As far as pricing is concerned, it has a monthly cost of 119 rupees in India, which translates into $1.60, the same price that Spotify is in the region, meaning that Resso has to step up its game if it’s wanting to seriously compete with the already-established apps.

Additionally, users can expect a bump in price if Resso ever gets released for other markets.

The app will be released in Brazil too.

Furthermore, ByteDance has scopes to expand the app to Europe and the United States, although it is still unclear when this will be and the company first has to secure the partnerships with the record companies to proceed.

As tensions grow between the United States and China in terms of human rights issues, privacy, and China’s growing dominance in the social media space, it will be interesting to see how this plays out. 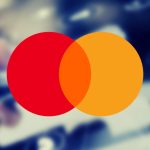