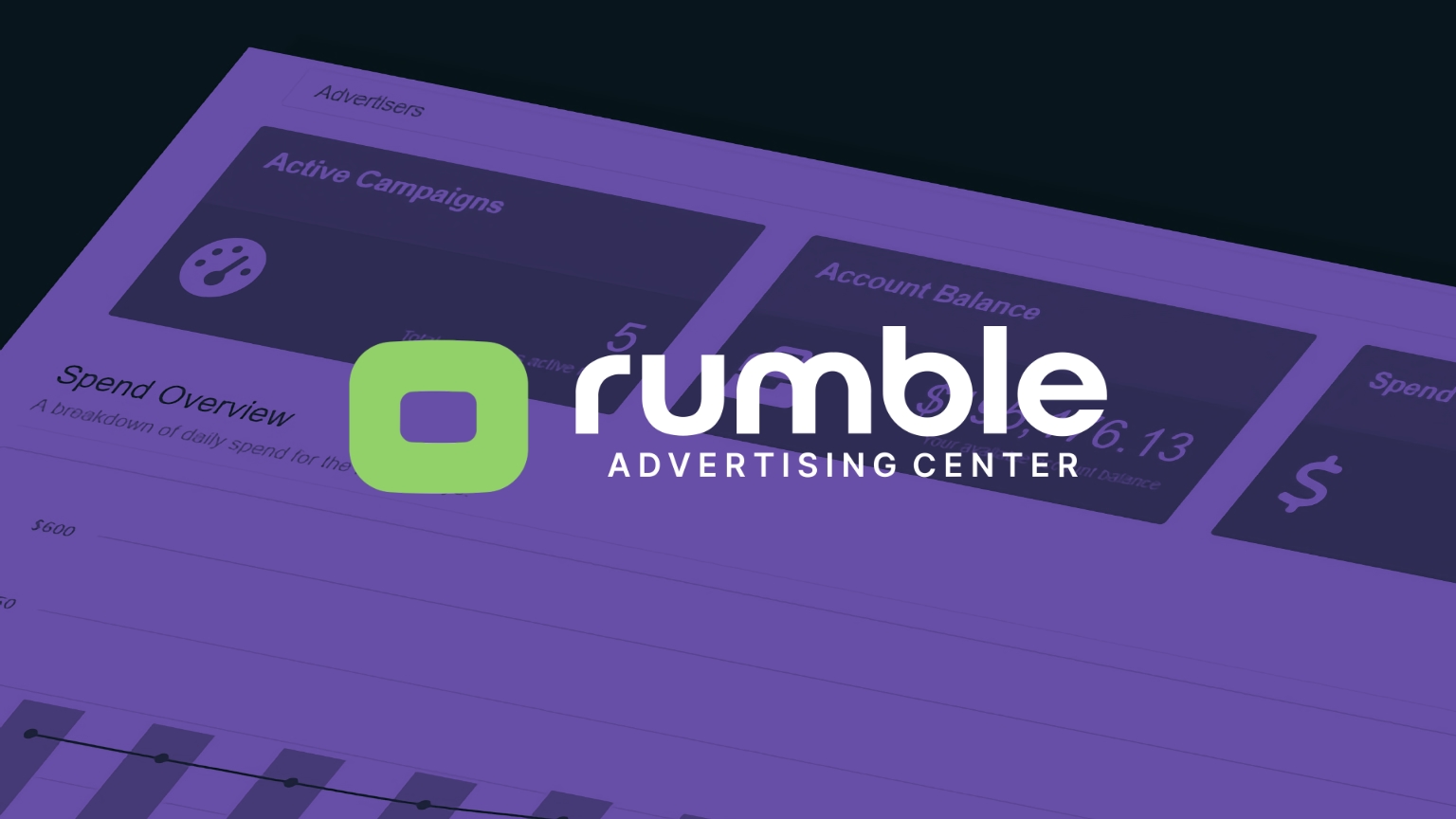 Rumble has launched a beta version of Rumble Ads – an ad platform for advertisers and publishers.

Rumble Ads will launch with display ads. Video ads and native ads are expected to be added to the ad platform in the next quarter.

The beta version will be open to all verified businesses and select publishers will be given access to Rumble Ads this quarter.

Companies that want to advertise on Rumble or become a publisher can sign up for Rumble Ads.

“Launching the beta version of Rumble Ads is a major milestone for our company, and even more importantly, for the entire internet,” Rumble CEO Chris Pavlovski said. “I’ve been in this space for more than twenty years, and the choice as a Publisher or Advertiser has always been limited. I’ve always wanted to see competition to Google AdSense and Ad Exchange, making today an important first step.”

This Rumble Ads beta offers both publishers and creators an alternative to the dominant online ad marketplaces that are controlled by the tech giants Facebook, Google, and Amazon. A report that was published at the end of 2021 estimated that these three Big Tech companies control a staggering 80-90% of the digital ad market.

Facebook, Google, and Amazon have all used their dominant position in the digital ads market to lock out advertisers or publishers. However, Rumble has committed to fostering free speech and has cut ties with companies that attempt to get it to waver from this free speech commitment.

Rumble announced Rumble Ads at the start of the year and said that the goal of the platform is to “build a transparent advertising eco-system for creators, publishers, and advertisers that is immune to cancel culture.”

Rumble Ads is one of several Rumble products that is offering alternatives in markets that are dominated by Big Tech.

Rumble Cloud provides cloud computing, cloud storage, and email services in a market that’s currently dominated by Amazon, Microsoft, and Google. Pavlovski said the goal for Rumble Cloud is to offer a censorship-resistant alternative to Big Tech’s cloud services. It currently powers former President Trump’s Truth Social app and is expected to open to all users in 2023.