Corporations can't resit the Chinese market, even if it means having to censor.

US game developer and publisher Valve, that operates the streaming giant Steam, has released an alpha of the client for the service’s Chinese version.

As with most things digital, China has strict censorship and control rules around gaming as well, and Steam is one of the western platforms that are partially banned from China as non-compliant with these rules. (While the games can already be bought and played, community features, including discussion forums, are not available).

China is a massive market that Valve no doubt hates to be excluded from in any way – at least officially, since reports suggest that a significant portion of Steam users already come from China, and that they can access full features of the platform thanks to various workarounds like VPNs.

To make things official, Valve in 2018 announced it would release a Steam client specifically adjusted to the Chinese market, and the alpha version is now here.

The report notes that the client, still in the early stages of development, doesn’t yet come with Steam China servers – but that it’s clear the software is being brought in line with the rules imposed by China’s ruling party, the CCP.

There are three features distinguishing this version of Steam from the main one: a message appearing as a game is launched, something called a “healthy gaming advisory.” 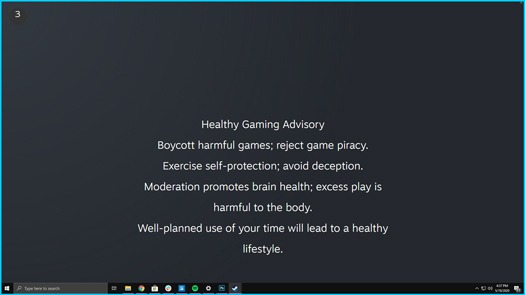 It’s a message that urges players to “boycott harmful games and piracy” and is also big on promoting moderation, as a way to improve “brain health,” while it states that excessive gaming can harm the body. 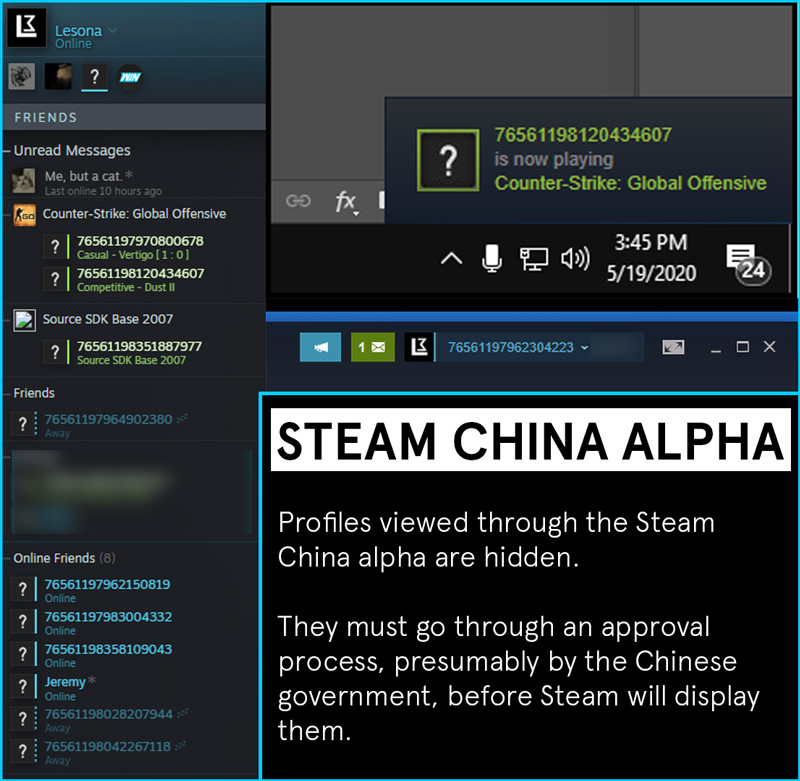 Next, at least in this stage of the development of the client, profile information is not displayed, with profile pictures all featuring the Steam default, while profile names are replaced by Steam ID numbers. The report explains that profile pictures and names are hidden until approved by a Chinese government agency.

Another feature that distinguishes the Chinese client from Steam’s international version is preventing users from playing games “between certain hours” – this respects China’s guidelines on gaming published last November.