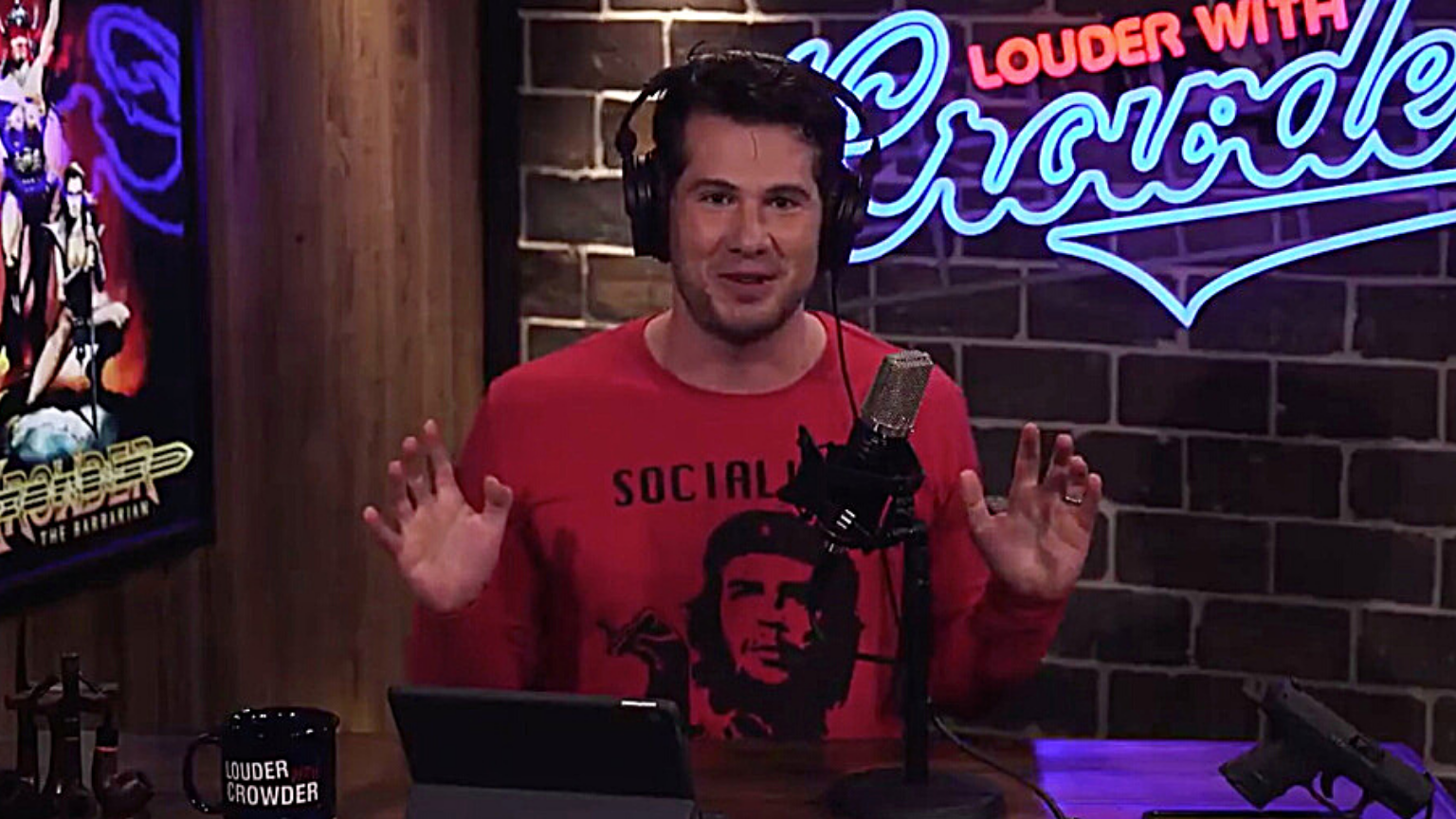 This has been reported by a non-profit whose mission statement is to monitor, analyze, “and correct” what it sees as conservative misinformation in US media.

This organization – whose president and CEO is Angelo Carusone, who served as the deputy CEO for finance and administration of the 2016 Democratic National Convention (DNC) – said that it on June 8 reported Crowder to TikTok for posting comment that “seemed” to violate the platform’s rules on misinformation or hateful policies.

Now Media Matters announced that it has been successful in getting Crowder deplatformed on TikTok for allegedly exhibiting “bigotry” in his videos. A brief write-up cites a TikTok spokesperson as confirming that the account has been banned. No details were given regarding whether this is permanent and what community guidelines the social site found Crowder in violation of.

But Media Matters accuses the comedian of “transphobic rants, racist commentary, and other hateful content.” In a prior post, the organization said that despite being suspended by YouTube on two occasions, Crowder had found a large audience on TikTok in a short period of time, seeing it grow “steadily” since April.

Another issue that the post denouncing Crowder took with his presence on TikTok is that he was advising his followers to use Rumble – which is described as a “far-right” YouTube alternative.

Crowder has been in the cross-hairs of left-leaning media and consequently the social media under their pressure for a long time, resulting in suspensions, deplatforming and demonetizing of his accounts.

Perhaps the best-known controversy involving the comedian was his YouTube clash with Carlos Maza, who accused him of violating YouTube’s harassment policies. However, Google’s video platform initially rejected these accusations as unfounded, to later cave in to pressure from media and politicians.

Coincidentally or not, Maza has ties with Media Matters as a past contributor.

Back in March, YouTube suspended Crowder’s participation in its Partner Program, i.e., demonetized his channel with 5.5 million subscribers indefinitely, this time for a violation of its policy not to allow any questioning of the legitimacy of the 2020 presidential election.