Crowder has given an update on the four false copyright claims which led to his Anti-Oscars Party YouTube live stream being taken down and uploads of the stream being blocked.
Share 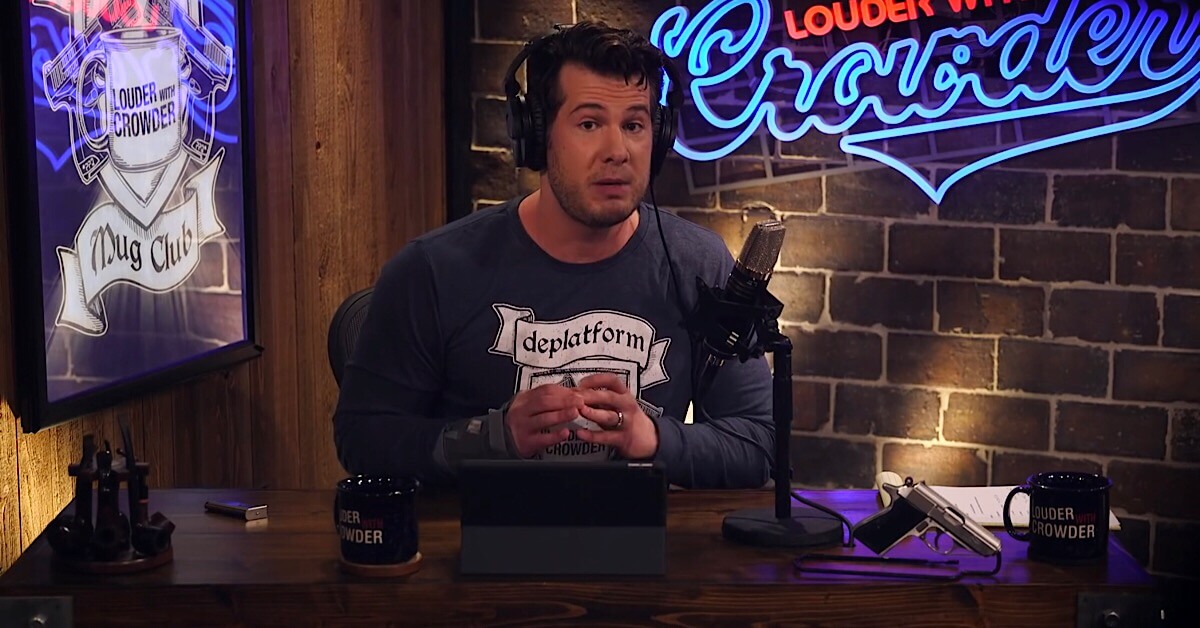 It’s been an eventful week for the conservative comedian Steven Crowder. On Sunday, his Anti-Oscars Party live stream was taken down by YouTube after four bogus copyright claims were filed against the stream. A few days later, the investigative research group Project Veritas reported that his live Facebook videos were being throttled. Now he’s fighting back and has announced the steps he’ll be taking to combat this social media censorship.

He made the announcement in a legal update video with his lawyer Bill Richmond which covered the false copyright claims, the Facebook throttling, and potential future legal action. Here are the key takeaways from this video.

In total, four false copyright claims were filed against Crowder’s Anti-Oscars Party live stream and the archive. All the claims were received within 24 hours of each other and three have now been dropped.

Although three of the claims have been dropped, they’ve still had an irreparable negative impact on Crowder, causing him to lose over 40,000 viewers on the live stream and thousands of potential viewers on the archive of the stream.

Here’s a summary of the four copyright claims and their current status:

Crowder’s stream contained very little footage of The Oscars and the footage that was used contained commentary along with audio and visual overlays which makes it a transformative work.

Here’s the breakdown of the live stream footage:

According to Crowder’s lawyer, this means the work is fully transformative because Crowder and his team were consistently adding comments, adding visuals, and critiquing the work.

With the fourth copyright claim against Crowder, which has yet to be retracted, AMPAS Oscars has a month to respond to the counter notification from Crowder’s team. Crowder’s video remains blocked until the response is filed which means AMPAS Oscars can delay their response and use this as a way to suppress Crowder’s content for 30 more days.

This broken system is incredibly disruptive to creators who are receiving false claims because it means they have to redo work, spend time disputing the false claims, and spend time letting their audience know how these false claims will affect the content the audience members are expecting to see.

It’s also especially damaging when claims are made against content that covers time-sensitive events such as The Oscars or presidential elections. A false copyright claim can block videos about these events for weeks or even months. By the time the claim has been successfully appealed, most of the public interest in the event is gone, and the video loses almost all of its original audience and impact.

Crowder says that the recent issues with the false copyright claims, the report from Project Veritas, and a previous incident where Facebook suppressed his page have caused him to consider taking legal action.

He’s currently weighing up his options because filing a suit takes time away from content creation and he wants to be sure that his audience is willing to sacrifice some content short-term to be free from the shackles of corporate censorship long-term.

If Crowder decides to take legal action, history is on his side. With the exception of the current copyright claim from AMPAS Oscars, Crowder has had all the previous copyright claims against his channel removed. The YouTuber creators h3h3Productions also won a landmark fair use lawsuit in 2017 which set an important precedent for fair use on the YouTube platform.