Tanner Cross was suspended after his statements went viral. He took the school board to court.
Share 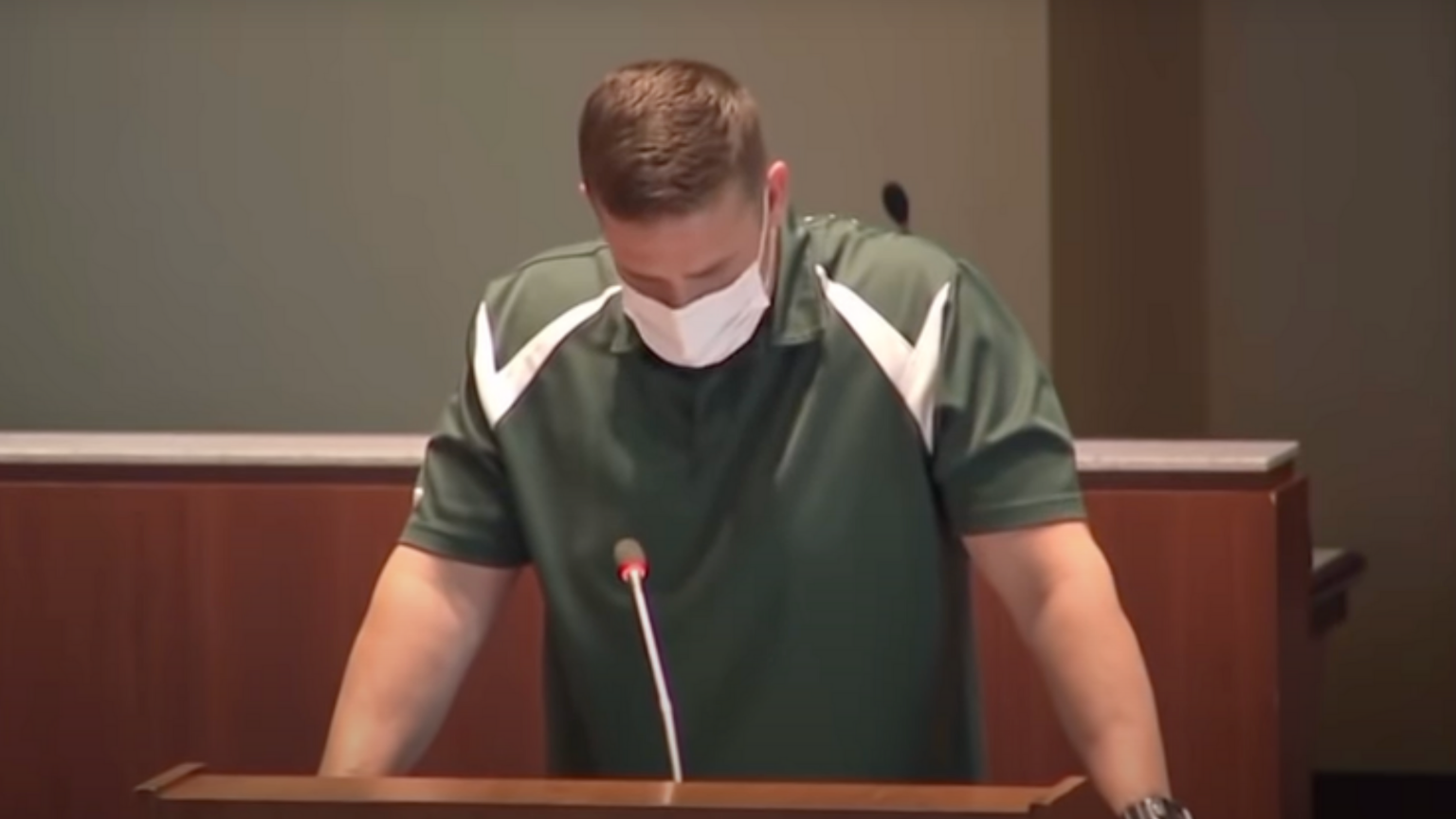 A teacher who filed a First Amendment lawsuit against the Loudoun County School Board in Virginia has won.

The lawsuit was filed by a teacher who was dismissed by the school for opposing the school district’s new gender-identity policy in a video that went viral online.

The court ordered the school board to cease retaliating against Tanner Cross, a teacher at Leesburg Elementary School.

The policy also allows students to use the restroom and locker rooms and participate in sports of their chosen gender instead of their biological gender.

Cross was suspended after he expressed his opposition to the new policy during a board meeting in a video that went viral.

His argument was that his Christian faith does not allow lying and that using a student’s preferred gender would be lying. After he was suspended he sued the school district, arguing his First Amendment free speech rights were violated.

The Loudon County Circuit Court ordered the school to reinstate him as the case proceeded to the Virginia Supreme Court, which upheld the lower court’s decision.

The school district has settled with the teacher; it agreed not to retaliate against him, remove references of the suspension from his personnel file, and pay $20,000 in Cross’ attorney fees.

The organization representing Cross, the Alliance Defending Freedom, amended the lawsuit to include two other teachers who are also opposed to the new policy.

The updated ADF complaint argued that by compelling the teachers to follow the policy “they would be forced to communicate a message they believe is false—that gender identity, rather than biological reality, fundamentally shapes and defines who we truly are as humans, that our sex can change, and that a woman who identifies as a man really is a man, and vice versa.”