The White House escalates its calls for censorship, aims at “conservative news outlets”

The White House has stepped up its calls for online censorship over the last week.
Share 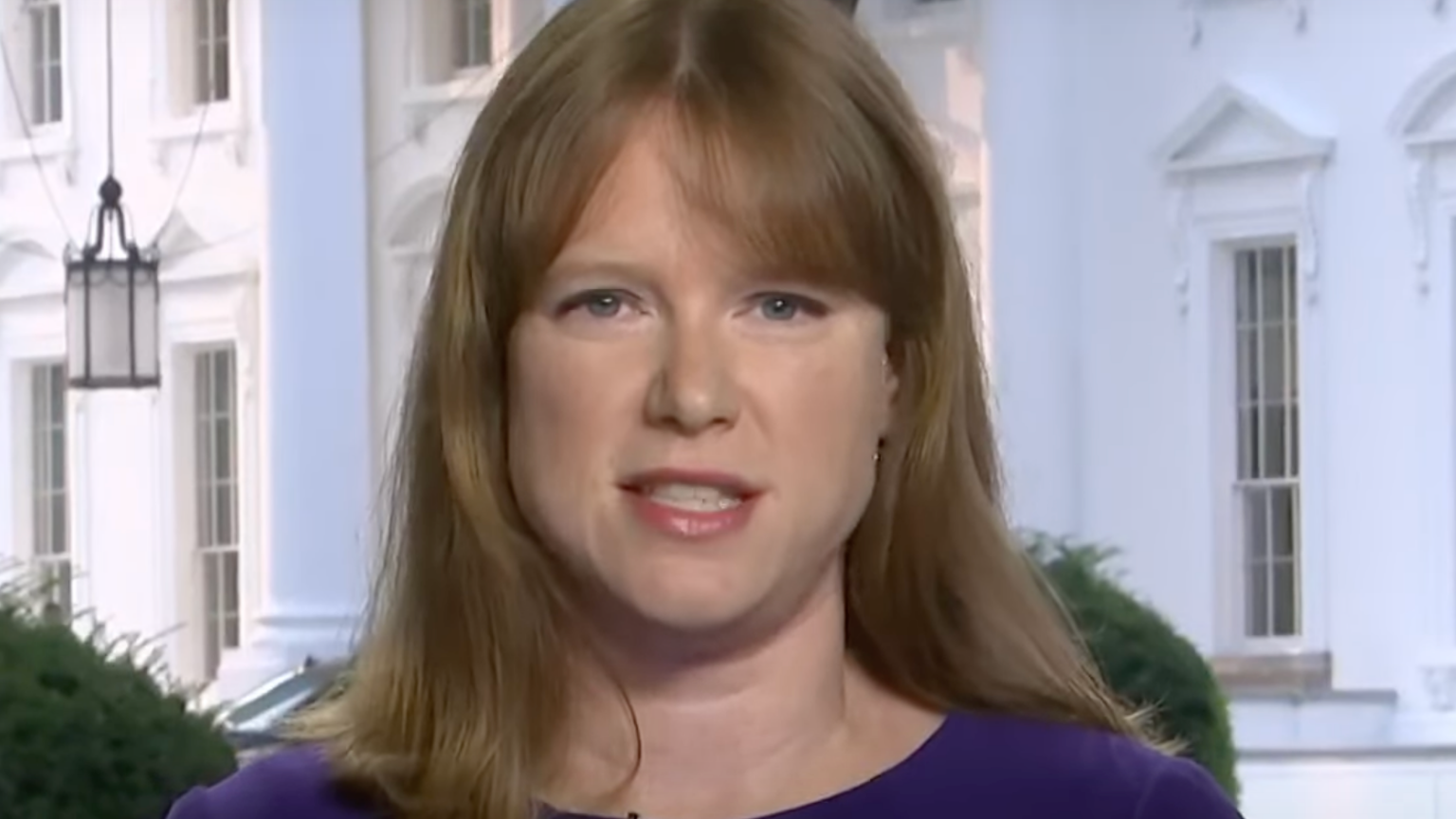 The White House is not only stepping up its campaign to bring pressure to bear on online content and providers and sources that the Biden administration considers to be misinformation, but is also broadening the scope of the narrative and potential targets of censorship.

After recently announcing plans to “hold platforms accountable” for spreading misinformation – a point White House comms director Kate Bedingfield is telling the media President Biden spoke about “aggressively” – it’s now the turn of conservative news outlets to get a warning.

“There are conservative news outlets who are creating irresponsible content,” Bedingfield said.

This comes after several mainstream media outlets published reports linking conservative media with coronavirus misinformation. The rhetoric is for now vague enough to make it hard to determine if the plan is to start censoring these outlets directly, in addition to targeting their content shared on social media.

Mainstream media, meanwhile, are building the case against their alternative colleagues by suggesting that the conservative media audience is less likely to trust the establishment’s health experts and institutions, like the Centers for Disease Control and Prevention, Food and Drug Administration, and, Dr. Anthony Fauci.

One of these “hit pieces” was published by NPR and focused on Ben Shapiro and the Daily Wire. Shapiro posted about this on Twitter, accusing NPR, a publicly funded outlet, of advocating in favor of platforms like Facebook labeling and suppressing content because it is conservative – and outperforming huge corporate media like the Washington Post in terms of online engagement. 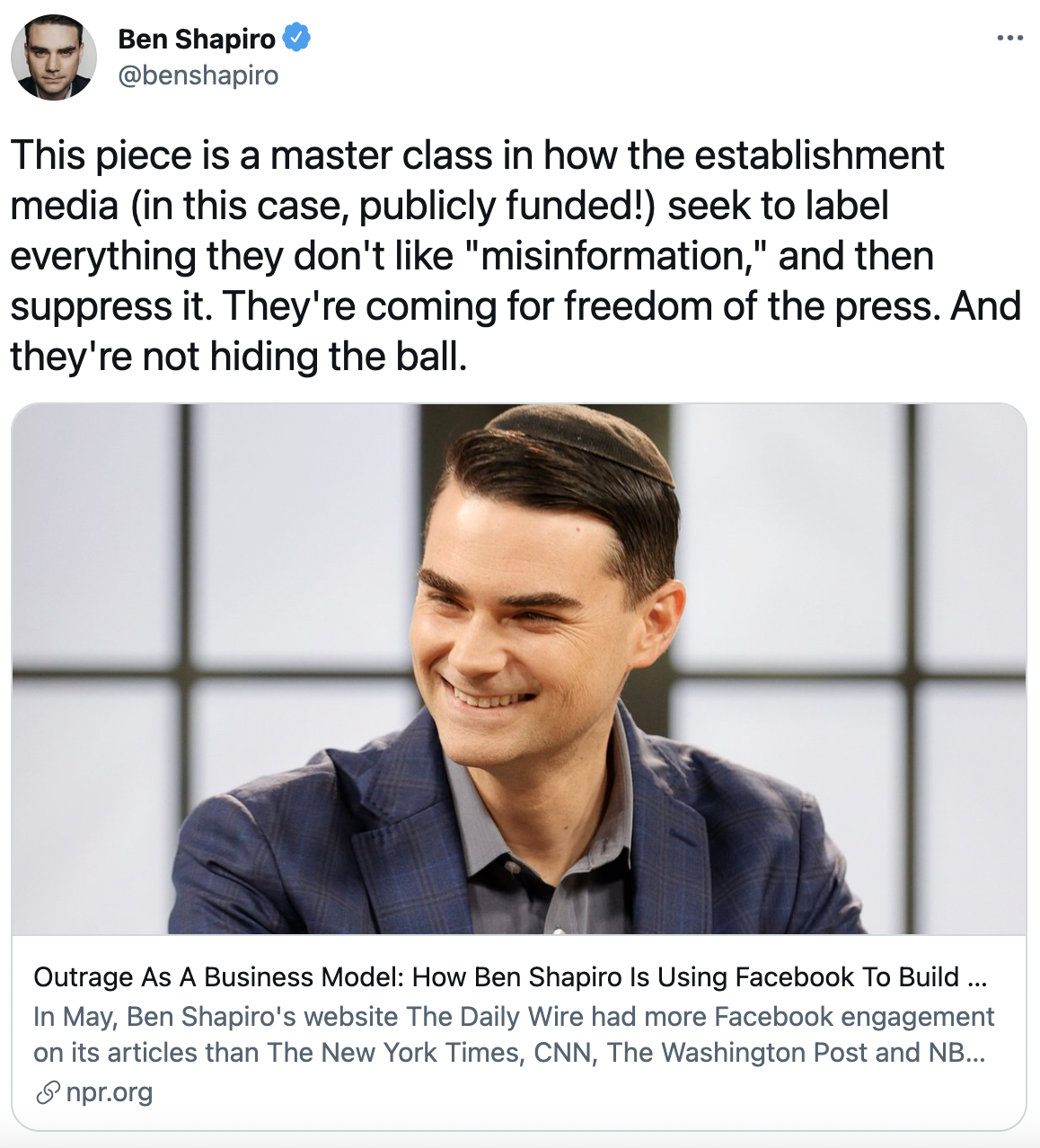 Next, NPR disparagingly suggests that the site’s readers may not be clever enough to realize this, and are somehow ending up “inadvertently” consuming this content – which, the report suggests, is less reliable and “more biased.”

“The founders could hardly have been expected to foresee that the chief advocates for suppression of informational distribution would be members of the press. But that’s where we are. And they’re making no bones about it,” Shapiro wrote on Twitter.

Journalist Matt Taibbi noted that the NPR piece doesn’t even accuse the Daily Wire of misinformation or of hiding the fact it is opinionated.

The main complaint, instead, Taibbi writes, is that, “By only covering specific stories that bolster the conservative agenda (such as… polarizing ones about race and sexuality issues)… readers still come away from the Daily Wire’s content with the impression that Republican politicians can do little wrong and cancel culture is among the nation’s greatest threats.”