A mob wants reporters to not cover the game's development or release.
Share

Another video game is facing backlash from online activists who have taken up causes relating to politics, history, and race and are trying to impose their points of view as the gaming industry standards.

These activists are identified in some reports as “critical race theorists” and the latest game to spur them to spring to action is the open-world survival game “This Land is My Land” that deals with the Native American experience in America’s 19th century frontier. 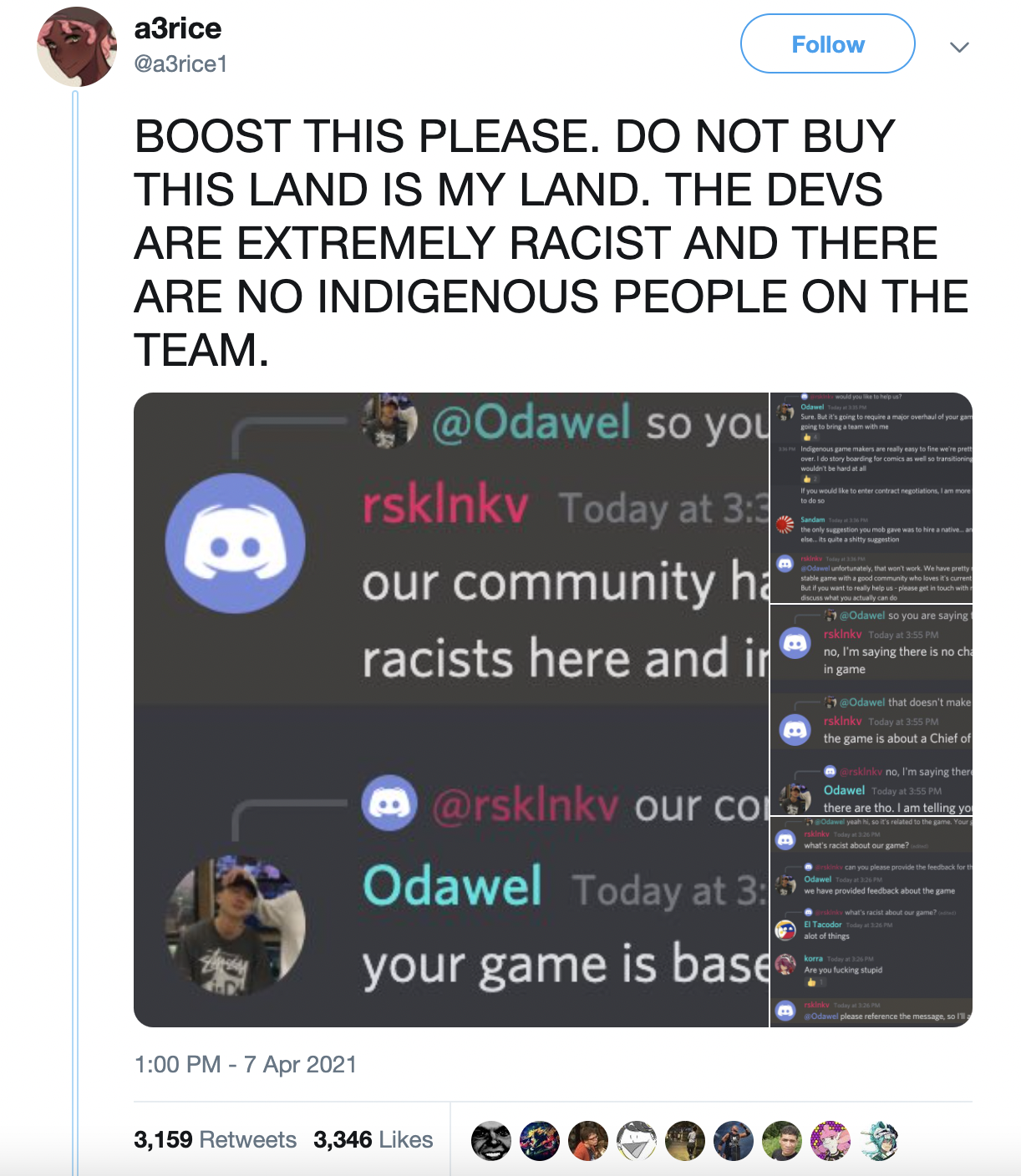 The independent, 4-person developer team, Game Labs, released the game in Early Access on Steam back in 2019, but it took a while for an online mob to assemble and angrily attack the game because it dares to touch on the topic of Native Americans. It doesn’t appear to those now up in arms on social media criticizing the game how this is done at all; the idea seems to be that the topic itself is prohibited.

The argument, that many, including famed author and Nobel Prize winner Kazuo Ishiguro have rejected as dangerous – namely, that one can only create from the point of view of one’s own identity – appears here as well, as some of the all-caps calls to boycott the game noted that “there are no indigenous people on the (dev) team.”

For reasons not immediately apparent, the developers are also insulted and harassed as “extremely racist” while their game is said to be built around racist stereotypes. 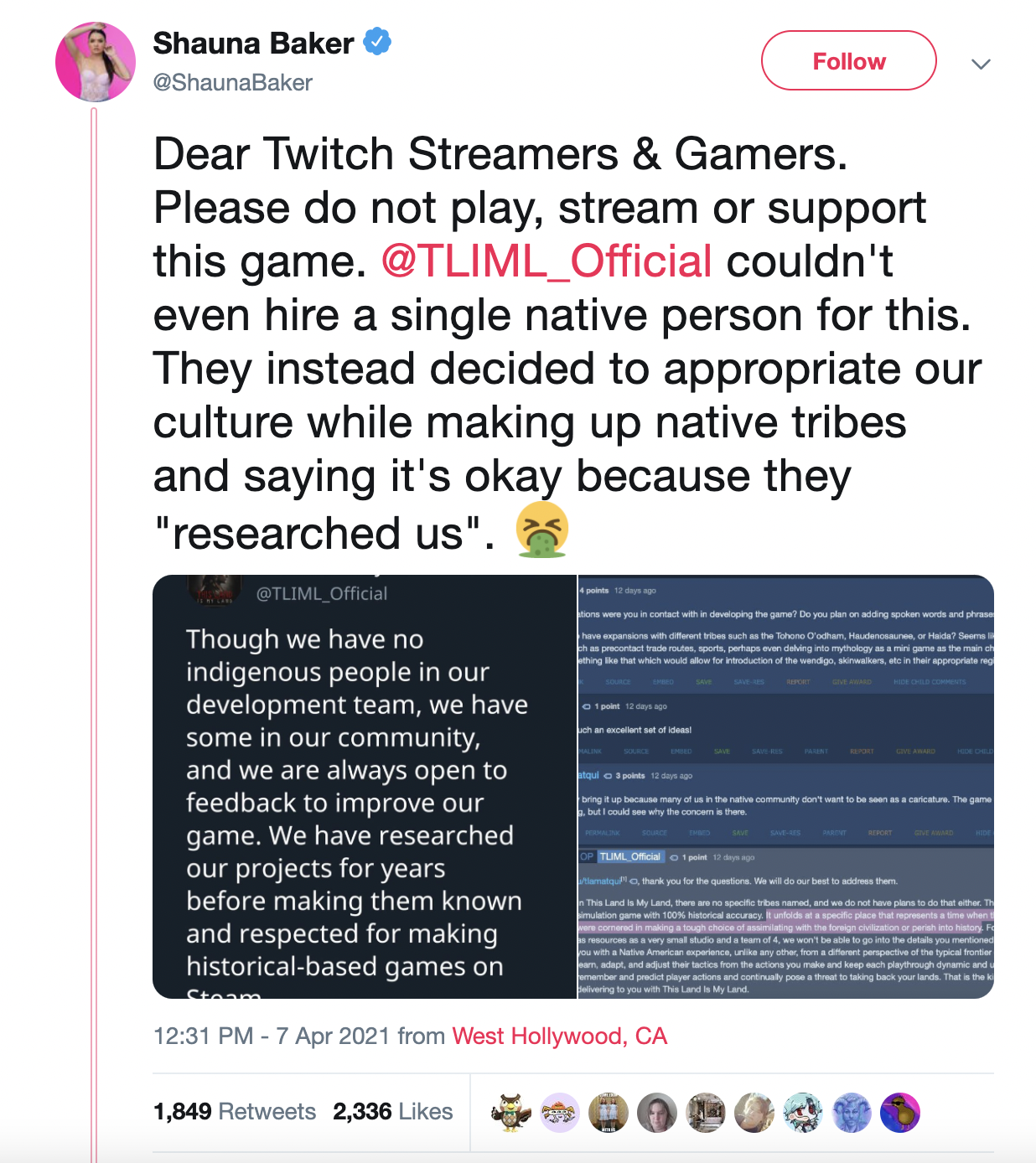 Game Labs, for their part, offer extensive explanation of the game and the thought process behind it on their FAQ page, including that it is not a simulation, while the player assumes the role of a Native American chieftain trying to fend off European settlers taking over the land.

Acknowledging that the topic may be sensitive to many, Game Labs writes, “we still took on the challenge to create it, and we can reassure you it is not about who was right or evil or promoting stereotypes … We always try to bring unique perspectives into the games we create. This Land Is My Land, fills the lack of a Native American perspective, allowing you to become a fearless Native American warrior.”

None of this was convincing to the critics ganging up on the lead developer in discussion forums, claiming that their criticism was constructive, but which he, being Russia-based, suspected was a really a case of xenophobia – “which feels a bit racist.”

Among those calling for the game’s demise was Canadian actress and Twitch streamer Shauna Baker who criticized the tiny team for “not even hiring a single native person” while developing the game, and unsurprisingly, for “cultural appropriation.”