TweetStamp is a new tool to archive tweets on the blockchain

TweetStamp saves tweets so even if the creator deletes them, there's still a public record.
Share 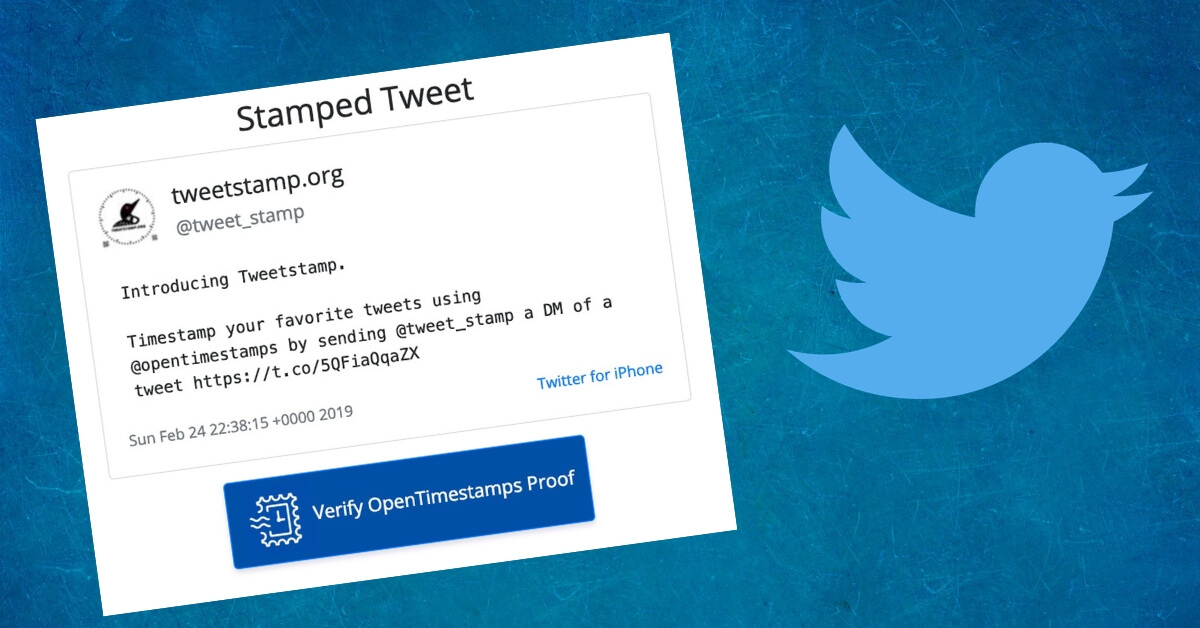 It is widely known that photos can be easily edited using the simplest programs like Paint, there is no exact way to prove that Elon actually tweeted that if he decides to delete it an hour later.

There has to be a better way then…

Well, there is. TweetStamp is a convenient way to save tweets and have solid, undeniable proof of their legitimacy. What TweetStamp does is they will timestamp the tweet using Open Timestamps, which is originally used to save information about Bitcoin transactions but is flexible enough to support a variety of applications.

The idea behind time-stamping is fairly simple, what happens is that the timestamp serves as a notary. When the tweet itself and the time it was posted at are saved on a blockchain (“a system in which records are maintained across several computers that are linked in a peer-to-peer network.”) they are secured from any kind of change.

Basically, the tweet is saved in such a way that no one can accuse you of slander and forgery of fake information. A hacker might be able to get access to one of the computers in the blockchain, but it would be infinitely harder to do so to all the computers containing that exact information.

It does sound pretty complicated, and it gets even more complicated once you realize that this exact principle is used to verify that a certain transaction of cryptocurrency happened at a certain time.

All that is done automatically, for you the whole thing is as simple as taking a basic screenshot.

So, if a crazy politician tweets something that you want to hold them accountable on, in case they delete it, it’s a perfect time to put TweetStamp to use.

What you have to do is to send the tweet you want timestamped to @tweet_stamp in DMs or reply to the tweet you want to be timestamped with only mentioning @tweet_stamp in your reply. There you will be given a link to the stamped tweet. On that site, you will see a hyperlink sending you directly to OpenTimeStamp where you can see the blockchain proof that person actually tweeted that notorious tweet.

This neat site can be used for more than just things you want to show your friends. This is a very handy tool you can use on the run, without much hassle. If you’re a news reporter or a researcher you will find TweetStamp super convenient and simple to use to save tweets that can’t be deleted.