Twitch streamer ShyBear says she was abruptly banned from the platform for her clothing.

Calling out the site’s harsh policies and out-of-the-blue bans, the streamer said that it was now “getting out of hand.”

“PLEASE tell me how this is sexually suggestive and deserves a suspension?! There are people wearing WAY worse with twitch staff sitting in their channels. HOW?! This is getting out of hand,” she tweeted, while tagging Twitch’s support accounts. 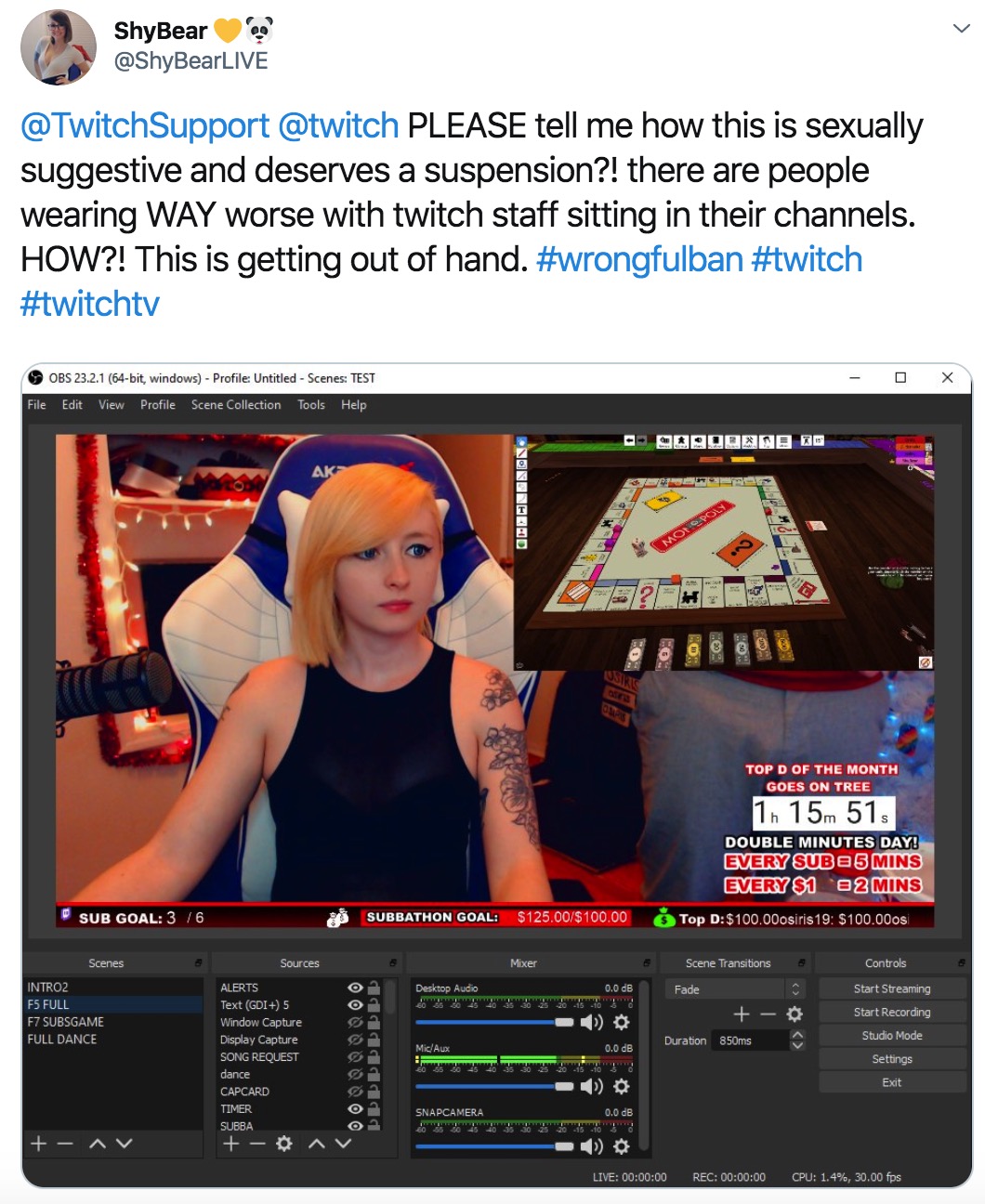 She then said that the streaming platform had transparency issues when it came to enforcing rules and regulations, while tagging Microsoft-owned Mixer and asking Twitch to be more like it.

“It honestly makes me more annoyed that @Twitch doesn’t respond to any emails or tweets regarding bans. Be transparent with your rules. Bule straight forward. Be more like @WatchMixer,” said ShyBear. 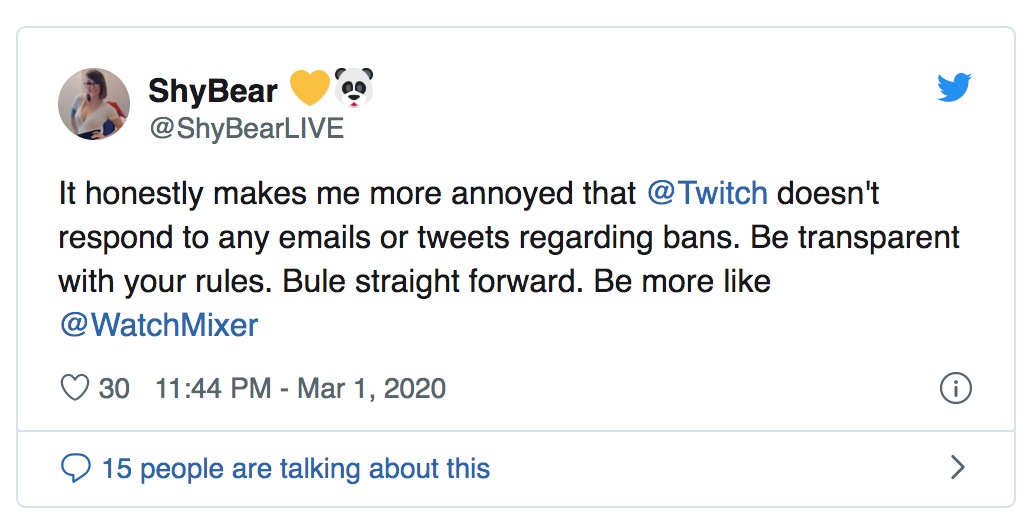 This hasn’t been the first time for Twitch to gain negative attention for imposing abrupt bans on streamers.

Several streamers have expressed their disdain at the platform’s confusing rules and approach towards exercising content policies and bans.

Generally speaking, any practice that ranges from posting prohibited content to suggestive clothing can attract a ban on the platform.

ShyBear, however, argues that she was being banned despite not violating any rules of the platform.

When one of her followers suggested that she must have been suspended for the “see through top” she wore, ShyBear replied writing, “Yes but there’s people who wear bathing suites, body paint or flat out just wear less. I am covering more than alot of people.”

Twitch has often been accused of showing favoritism towards certain creators, allowing them to get away with being more revealing on the platform, while others are banned for more minor offenses.

Based on what ShyBear says, her current ban is for 24 hours.

Nonetheless, the streaming personality was upset with the company’s lack of transparency, abrupt bans, and weak communication.

“Twitch really needs to clean their house and clean up their act. It’s bloody ridiculous that they decide to ban people who are following their own goddamn ToS. They can’t even stay consistent with their own guidelines of what’s acceptable. Of course, unless you’re bringing in $$$”, replied a user to ShyBear’s tweet about Twitch’s latest ban.